Who is Who?
4th Armored Division 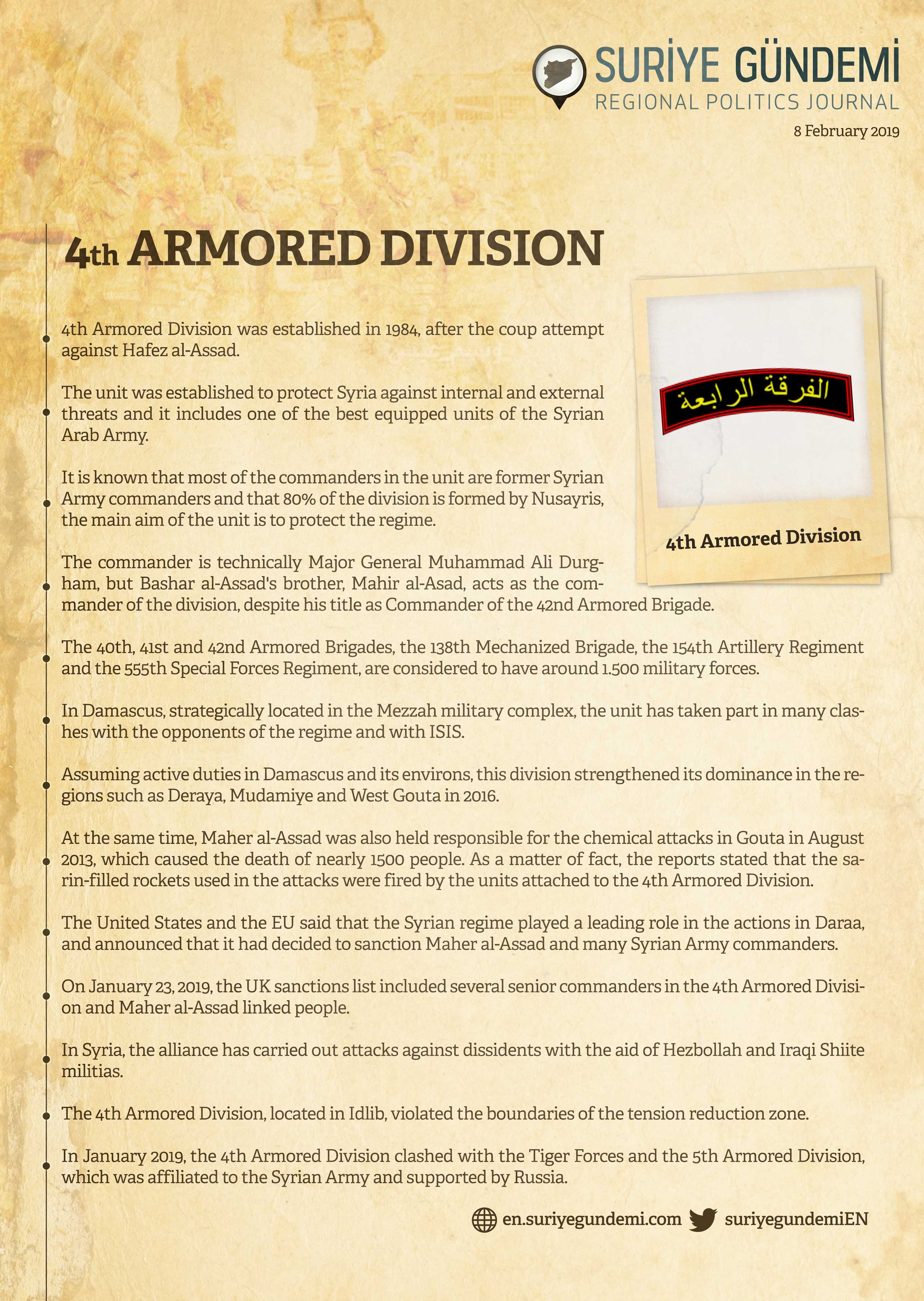 4th Armored Division was established in 1984, after the coup attempt against Hafez al-Assad.[1]

The unit was established to protect Syria against internal and external threats and it includes one of the best equipped units of the Syrian Arab Army.

It is known that most of the commanders in the unit are former Syrian Army commanders and that 80% of the division is formed by Nusayris, the main aim of the unit is to protect the regime.

The 40th, 41st and 42nd Armored Brigades, the 138th Mechanized Brigade, the 154th Artillery Regiment and the 555th Special Forces Regiment, are considered to have around 1.500 military forces.

In Damascus, strategically located in the Mezzah military complex, the unit has taken part in many clashes with the opponents of the regime and with ISIS.

Assuming active duties in Damascus and its environs, this division strengthened its dominance in the regions such as Deraya, Mudamiye and West Gouta in 2016.

At the same time, Maher al-Assad was also held responsible for the chemical attacks in Gouta in August 2013, which caused the death of nearly 1500 people.[3]As a matter of fact, the reports stated that the sarin-filled rockets used in the attacks were fired by the units attached to the 4th Armored Division.[4]

The United States and the EU said that the Syrian regime played a leading role in the actions in Daraa, and announced that it had decided to sanction Maher al-Assad and many Syrian Army commanders.[5]

In Syria, the alliance has carried out attacks against dissidents with the aid of Hezbollah and Iraqi Shiite militias.[7]

The 4th Armored Division, located in Idlib, violated the boundaries of the tension reduction zone.