Who is Who?
Spokesman of the Syrian National Army Youssef Hamoud 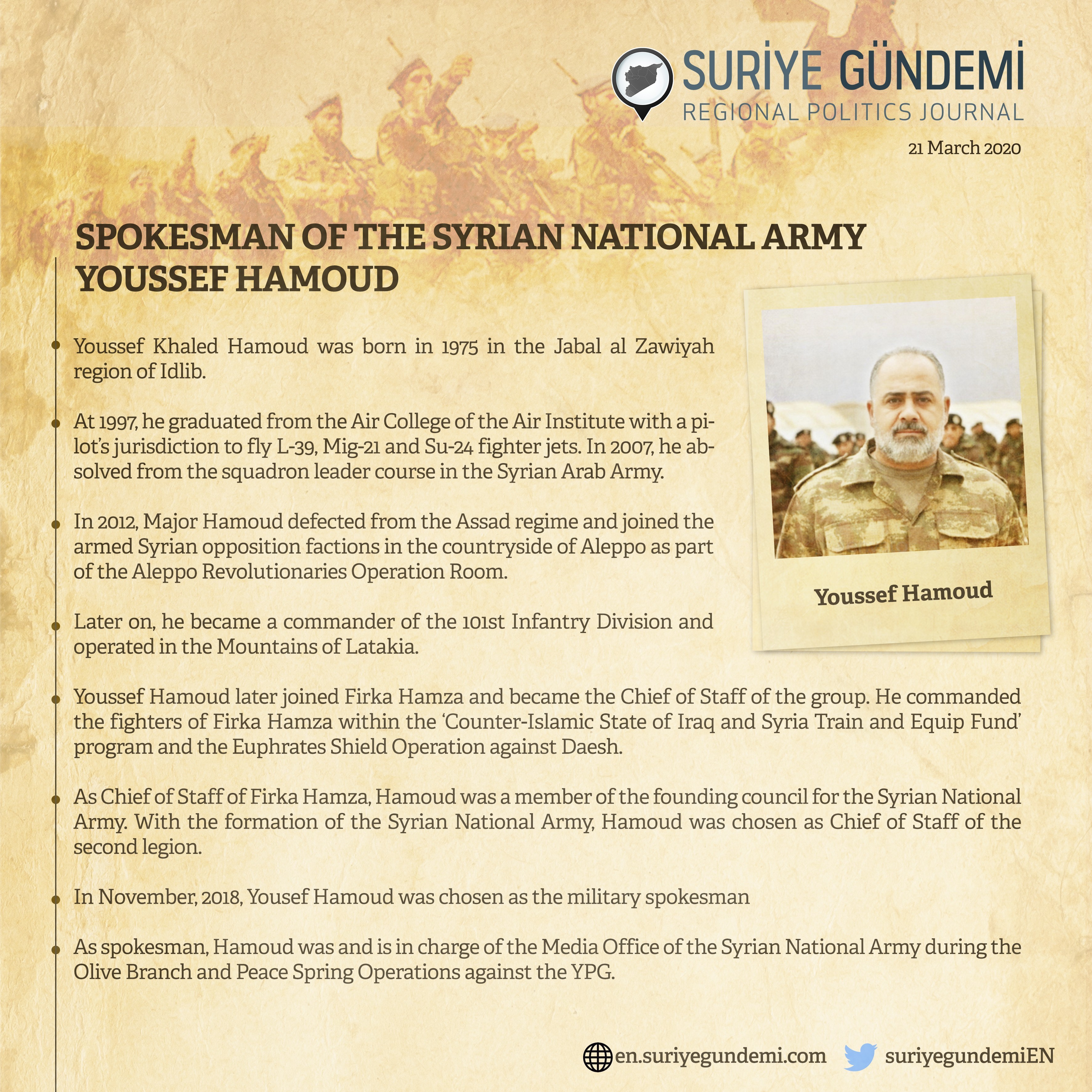 Youssef Khaled Hamoud was born in 1975 in the Jabal al Zawiyah region of Idlib.

At 1997, he graduated from the Air College of the Air Institute with a pilot’s jurisdiction to fly L-39, Mig-21 and Su-24 fighter jets. In 2007, he absolved from the squadron leader course in the Syrian Arab Army.

In 2012, Major Hamoud defected from the Assad regime and joined the armed Syrian opposition factions in the countryside of Aleppo as part of the Aleppo Revolutionaries Operation Room. Later on, he became a commander of the 101st Infantry Division and operated in the Mountains of Latakia.

Youssef Hamoud later joined Firka Hamza and became the Chief of Staff of the group. He commanded the fighters of Firka Hamza within the ‘Counter-Islamic State of Iraq and Syria Train and Equip Fund’ program and the Euphrates Shield Operation against Daesh.

In November, 2018, Yousef Hamoud was chosen as the military spokesman As spokesman, Hamoud was and is in charge of the Media Office of the Syrian National Army during the Olive Branch and Peace Spring Operations against the YPG.