Who is Who?
﻿Defense Minister of the Syrian Interim Government And The Chief Of Staff: Salim Idris 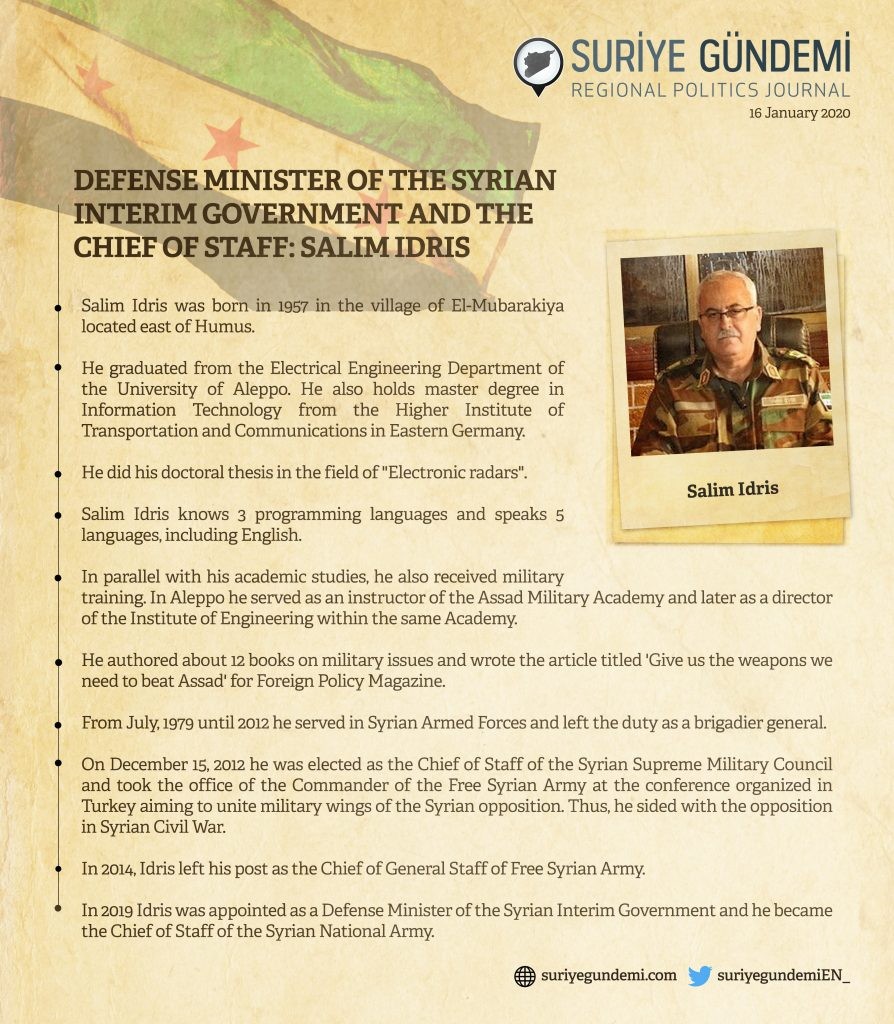 Salim Idris was born in 1957 in the village of El-Mubarakiya located east of Humus.

He graduated from the Electrical Engineering Department of the University of Aleppo. He also holds master degree in Information Technology from the Higher Institute of Transportation and Communications in Eastern Germany.

He did his doctoral thesis in the field of “Electronic radars”.

In parallel with his academic studies, he also received military training. In Aleppo he served as an instructor of the Assad Military Academy and later as a director of the Institute of Engineering within the same Academy.

He authored about 12 books on military issues and wrote the article titled ‘Give us the weapons we need to beat Assad’ for Foreign Policy Magazine.[3]

From July, 1979 until 2012 he served in Syrian Armed Forces and left the duty as a brigadier general.[4]

On December 15, 2012 he was elected as the Chief of Staff of the Syrian Supreme Military Council and took the office of the Commander of the Free Syrian Army at the conference organized in Turkey aiming to unite military wings of the Syrian opposition. Thus, he sided with the opposition in Syrian Civil War.[5]

In 2014, Idris left his post as the Chief of General Staff of Free Syrian Army.

In 2019 Idris was appointed as a Defense Minister of the Syrian Interim Government and he became the Chief of Staff of the Syrian National Army.[6]