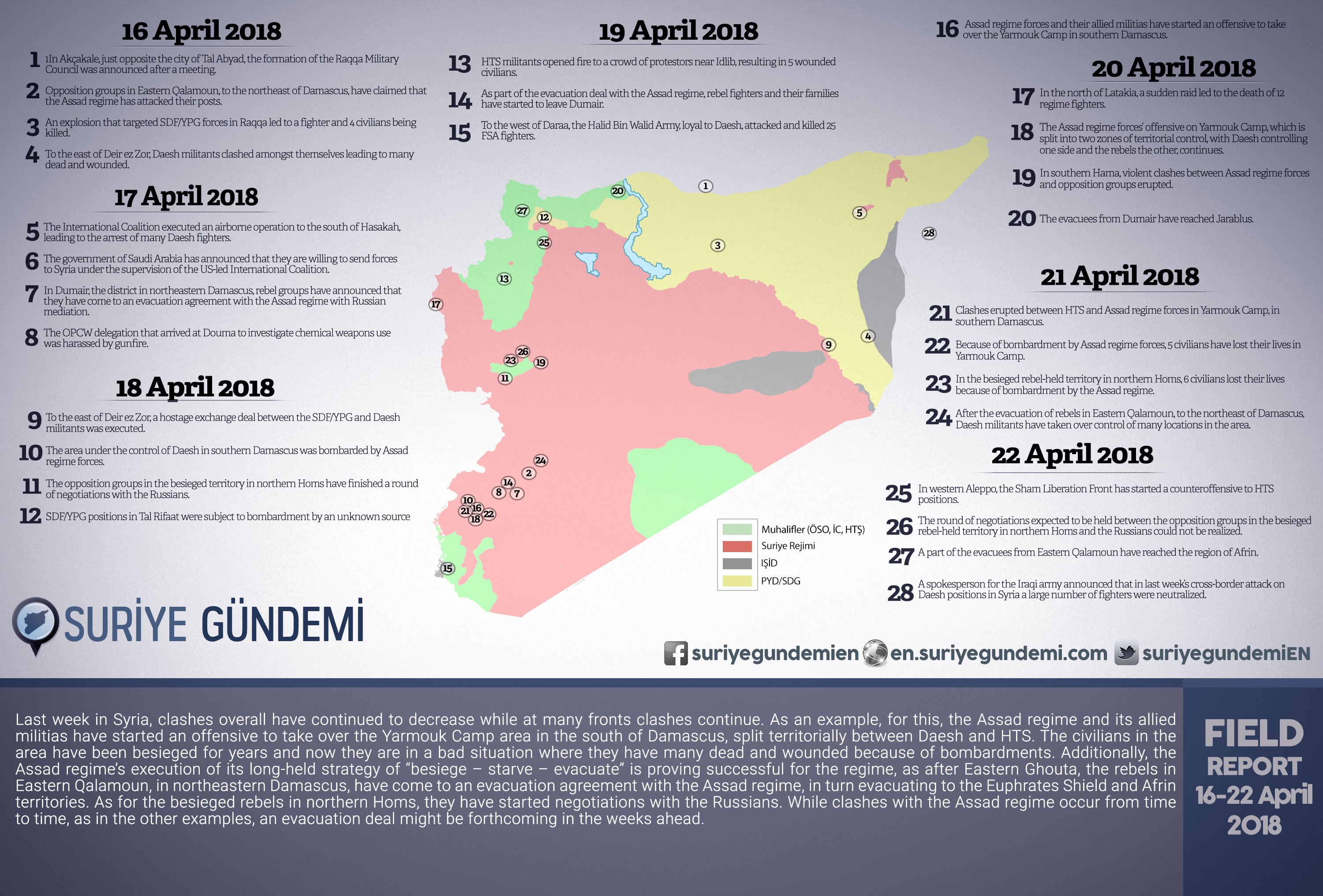 Last week in Syria, clashes overall have continued to decrease while at many fronts clashes continue. As an example, for this, the Assad regime and its allied militias have started an offensive to take over the Yarmouk Camp area in the south of Damascus, split territorially between Daesh and HTS. The civilians in the area have been besieged for years and now they are in a bad situation where they have many dead and wounded because of bombardments. Additionally, the Assad regime’s execution of its long-held strategy of “besiege – starve – evacuate” is proving successful for the regime, as after Eastern Ghouta, the rebels in Eastern Qalamoun, in northeastern Damascus, have come to an evacuation agreement with the Assad regime, in turn evacuating to the Euphrates Shield and Afrin territories. As for the besieged rebels in northern Homs, they have started negotiations with the Russians. While clashes with the Assad regime occur from time to time, as in the other examples, an evacuation deal might be forthcoming in the weeks ahead.