Opinion
Turkey’s strategic positioning in Syria through stabilisation and reconstruction 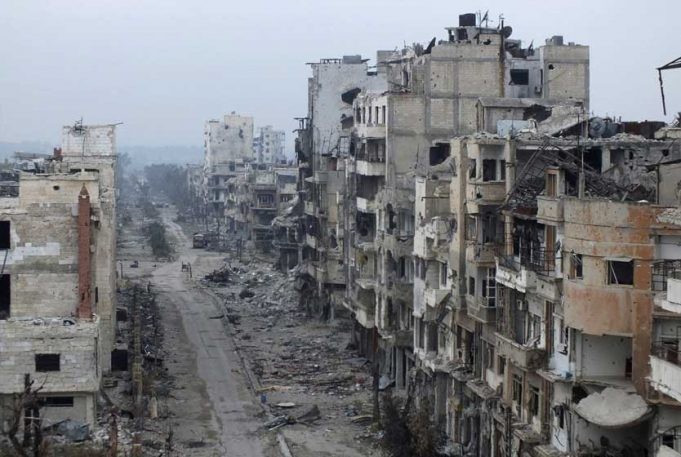 Turkey’s strategic positioning in Syria through stabilisation and reconstruction

The incidences like the US betrayal, the European intrigues and the Arab short-sightedness have compelled Turkey to modify its Syria policy. Turkey’s new strategy in Syria started taking shape after Turkey-Russia rapprochement attained in late June 2016 following the fateful November 2016 Jet crisis when a Turkish F-16 fighter jet downed the intruding Russian Su-24 fighter plane.

In mid-December 2016, President Recep Tayyip Erdoğan of Turkey and Vladimir Putin of Russia agreed to suggest Astana, the capital of Kazakhstan, as a new venue for carrying on the Syria peace talks. On 20 December 2016, the foreign ministers of Turkey, Russia and Iran agreed, pursuant to the United Nations Security Council Resolution 2254, to hold Syria peace talks in Astana. On 28 December 2016, Turkey and Russia agreed on a nationwide ceasefire plan for Syria to go into effect at 00:00 on 30 December 2016. DAESH, al-Qaiada affiliate Nusra Front, and the Syrian wing of Kurdistan Workers Party (PKK) the Kurdish Peoples’ Protection Unit (YPG) were excluded from the ceasefire, and all other remaining rebel groups signed the deal .1 Soon after the Astana deal, al-Nusra Front re branded itself as Jabhat Fateh al-Sham after separating itself from al-Qaida formed an umbrella of rebel groups Hayat Tahrir al-Sham (HTS).This deal provided Turkey to create self-controlled de-escalation zones in the rebel-controlled Idlib, parts of Aleppo and small patch of Latakia provinces in Northern Syria . Now, Turkish military is fast building the observation posts to monitor the internationally agreed ceasefire agreement.

By establishing the de-escalation zone, Turkey’s prime strategy was to stop the further influx of refugees inside its territory. Secondly, to prevent the break-up of the Syrian state, as the disintegration would actually result in the empowerment of the US-backed YPG in Syria. Thirdly, to quickly rebuild the infrastructure in the de-escalation zone to bring the life back to normal; and finally to negotiate a political solution on behalf of the opposition it now backs.

The Turks have swiftly rebuilt the infrastructure in the city of Al-bab and other liberated towns and villages after expelling DAESH through the Operation Euphrates Shield. In a few weeks’ time, the rubble was completely removed from the city, the water and sanitation networks that were destroyed were got repaired, Bakeries, schools and Hospitals were reconstructed and rehabilitated.

It is difficult to determine the accuracy of Syria’s population and the precise number of Syrian refugees now scattered in many different countries of the world. Though the Pre-Arab uprising population of Syria was estimated at 21 million in 2010, and this number dropped to 18 million in late 2017.2 According to the latest UNHCR data, there are around 5.3 million registered Syrian refugees in several neighbouring countries where nearly 3.3 million refugees are in Turkey, remaining 2 million plus scattered in Lebanon, Jordan, Iraq and Egypt. There are about 1 million registered asylum seekers in 37 European countries 3 and another half a million plus refugees in other parts of the world. These figures suggest that there are around 7 million Syrian refugees in different parts of the world, and the current population of Syria within and outside the country is around 25 million.

The liberated Euphrates Shield area of around 2,225 square kilometre of Aleppo province which includes major cities, each with a population of more than 100,000 such as, Azaz, al-Bab, Jarablus, Marea. In addition to that, there are dozens of densely populated small towns and villages in this area. The Syrians from other areas are now relocating in the liberated areas and its population has risen to 5, 00,000. 4 The current estimation of population of the Turkey monitored de-escalation zone in Idlib province, as well as north-eastern areas of Latakia, western areas of Aleppo and northern areas of Hama province is around 2.5 million. That makes more than three million Syrian population under the Turkish controlled safe zone. More than 6.3 million Syrians are now internally displaced 5 and Idlib had been the regime’s dumping ground where many internally displaced Syrians settled in last few years.

Afrin, Manbij and the vast area falling east of Euphrates river starting from Northern Aleppo to al-Hasakah to Raqqa and Deir ez-Zor is now under the control of the US- backed YPG, and about 3 million Syrians still live in that area. The YPG is alleged to have been involved in the acts of ethnic cleansing and displacing the Arab and Turkmen population from the areas it took back from the ISIS. There are million more Syrians in scattered rebel-held areas of other de-escalation zones in Rastan and Talbiseh enclave in northern Homs province, Eastern Ghouta in the northern Damascus countryside, Deraa and Quneitra provinces, Eastern Qalamoun region in the Rif Dimashq. With these figures, approximately 11 million Syrian population remains under the Asad regime.6 If we include the refugees also, roughly 40-45% of the total Syrian population remains in the regime controlled areas.

Syria’s total landmass is roughly around 1,85 thousand square kilometres in which the US-backed YPG controls around 27% Syrian territory and the Turkish backed rebels along with the de-escalation zones control around 15 % area, and most of the rest inhabited areas (54%) including the major cities of Damascus and Aleppo are now under Asad regime.7 The map of Syrian territory as of December 2017 shows that the Daesh has lost all of its major urban strongholds and is now confined to the sparsely-inhabited desert area in Syria.  So the Russians helped the Asad regime to regain the land but the population left there to be ruled is quite low. If Turkey manages to bring relative peace in the proposed safe zone, this will make nearly one-third of the present Syrian population under the direct Turkish administration.

Turkey’s next target will be the YPG-controlled cantons of Afrin and Manbij.  Gaining control of Afrin seems easier than pushing YPG forces east of Euphrates as Afrin canton controlled by YPG is with the Russian military support, and Russia and Turkey have more convergence on Syria than Turkey and its NATO ally, the US.

Turkey’s experience in disaster management, infrastructure rebuilding, and professional humanitarian aid and assistance put the country in a different league.8 All these skills along with the determination to rebuild and unify Syria will pave the way for the Syrians presently under the regime and the YPG controlled areas to embrace Turkey. With a huge Syrian population under its shield, Turkey will ultimately hold the key in any future political settlement of Syria.

After establishing its headquarters in the city of Azaz in the liberated northern Syria, Turkey is now investing in the Syrian interim government 9 to institutionalise a unified political and military body to manage the administrative and military affairs in these areas. Proper management and governance in the safe zone will further improve the standing of interim government, and it will emerge as an alternate to Assad regime.

In the wake of such positive developments now visible in the politically strategic arena of Syria, different rebel groups have since been handing over the border crossings and other installations to the interim government. The revenue generated through taxation will directly go into the exchequer of the interim government and which will help in managing the local administrative affairs in liberated areas.

Though the Russians have saved Bashar al-Assad from an inevitable debacle in 2015, they know well that ultimately Assad will have to go down while meeting his ultimate destiny. The huge Syrian population under Turkish administration and millions of refuges outside Syria will definitely play an important role in defining the future of Syria. Thus, the successful formation of safe zones will lead to reduction of armed-conflicts and the demand for a political solution of the conflict will definitely get prominence. Suffice to say that a free and fair election will be the key factor to determine the future of Syria, and Turkey will obviously be the most impacting and justifiable force in the whole process of settling Syria’s future and restoring peace in the region.