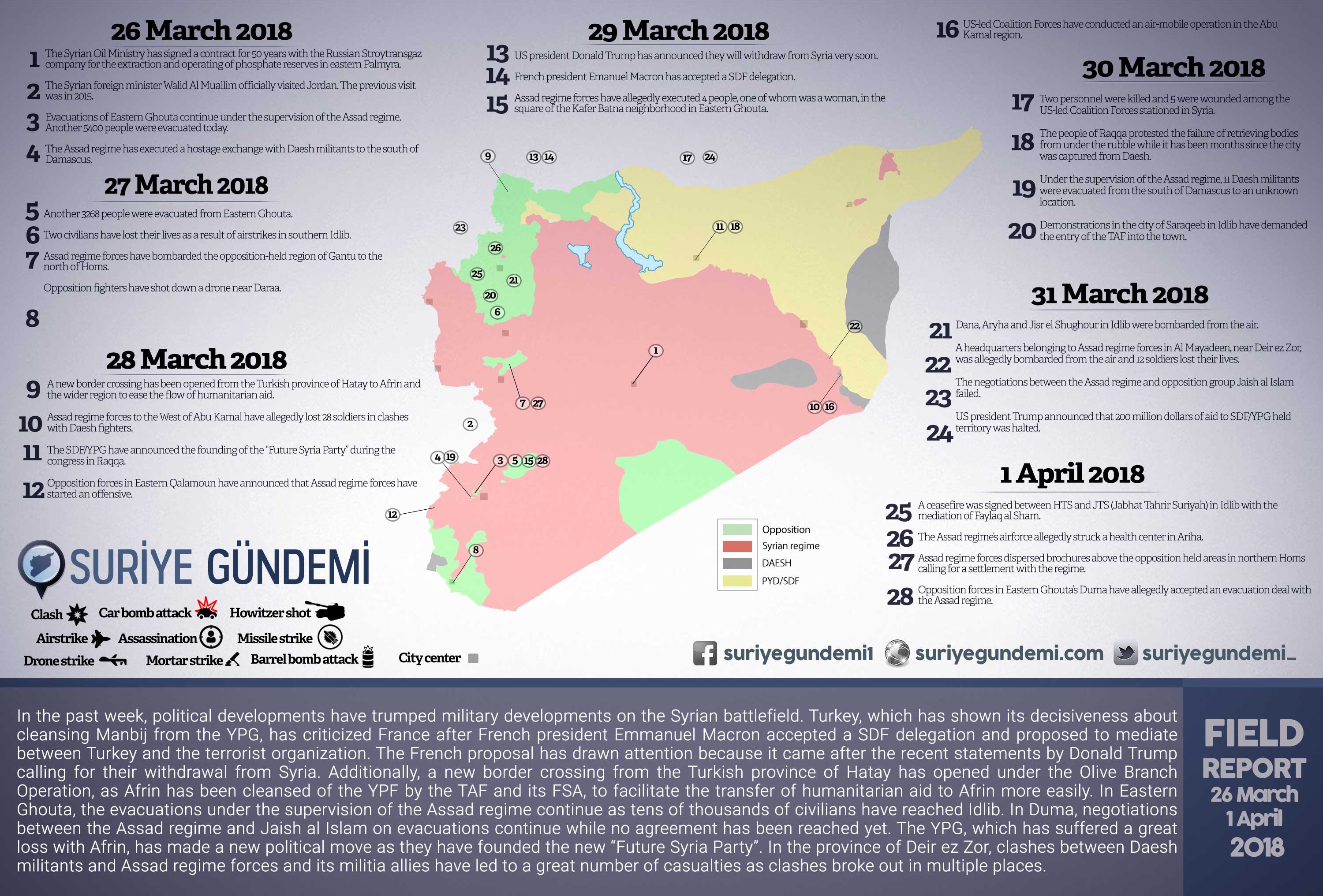 In the past week, political developments have trumped military developments on the Syrian battlefield. Turkey, which has shown its decisiveness about cleansing Manbij from the YPG, has criticized France after French president Emmanuel Macron accepted a SDF delegation and proposed to mediate between Turkey and the terrorist organization. The French proposal has drawn attention because it came after the recent statements by Donald Trump calling for their withdrawal from Syria. Additionally, a new border crossing from the Turkish province of Hatay has opened under the Olive Branch Operation, as Afrin has been cleansed of the YPF by the TAF and its FSA, to facilitate the transfer of humanitarian aid to Afrin more easily. In Eastern Ghouta, the evacuations under the supervision of the Assad regime continue as tens of thousands of civilians have reached Idlib. In Duma, negotiations between the Assad regime and Jaish al Islam on evacuations continue while no agreement has been reached yet. The YPG, which has suffered a great loss with Afrin, has made a new political move as they have founded the new “Future Syria Party”. In the province of Deir ez Zor, clashes between Daesh militants and Assad regime forces and its militia allies have led to a great number of casualties as clashes broke out in multiple places.