Who is Who?
Sadr’s Mahdi Army 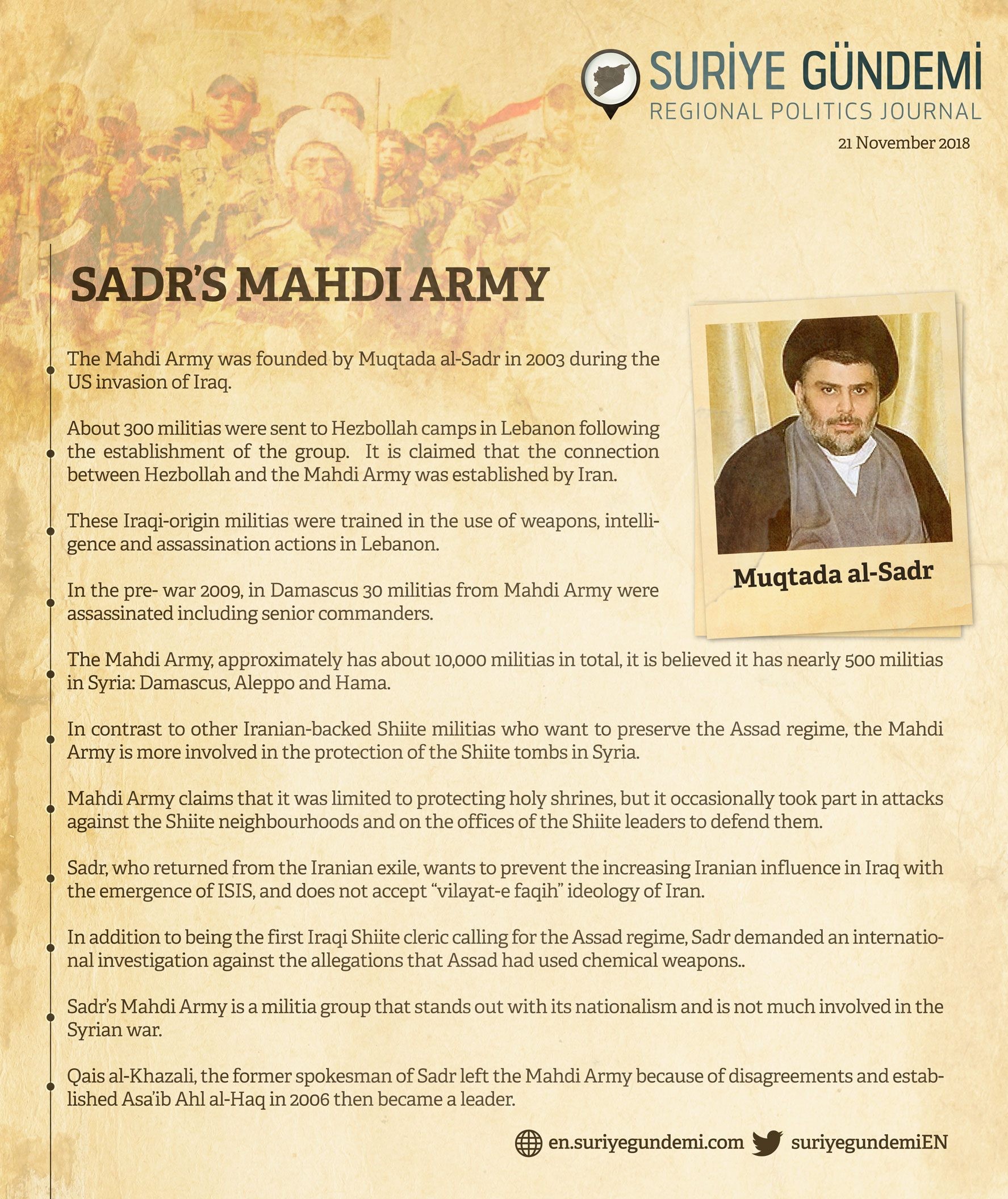 The Mahdi Army was founded by Muqtada al-Sadr in 2003 during the US invasion of Iraq.

About 300 militias were sent to Hezbollah camps in Lebanon following the establishment of the group.[1]It is claimed that the connection between Hezbollah and the Mahdi Army was established by Iran.

These Iraqi-origin militias were trained in the use of weapons, intelligence and assassination actions in Lebanon.

In the pre- war 2009, in Damascus 30 militias from Mahdi Army were assassinated including senior commanders.[2]

The Mahdi Army, approximately has about 10,000 militias in total, it is believed it has nearly 500 militias in Syria: Damascus, Aleppo and Hama.[3][4]

In contrast to other Iranian-backed Shiite militias who want to preserve the Assad regime, the Mahdi Army is more involved in the protection of the Shiite tombs in Syria.

Mahdi Army claims that it was limited to protecting holy shrines, but it occasionally took part in attacks against the Shiite neighbourhoods and on the offices of the Shiite leaders to defend them.[5]

Sadr, who returned from the Iranian exile, wants to prevent the increasing Iranian influence in Iraq with the emergence of ISIS, and does not accept “vilayat-e faqih” ideology of Iran.

In addition to being the first Iraqi Shiite cleric calling for the Assad regime, Sadr demanded an international investigation against the allegations that Assad had used chemical weapons..[6]

Sadr’s Mahdi Army is a militia group that stands out with its nationalism and is not much involved in the Syrian war. [7]

Qais al-Khazali, the former spokesman of Sadr left the Mahdi Army because of disagreements and established Asa’ib Ahl al-Haq in 2006 then became a leader.