Opinion
How much the EU has been successful in the war on terror in Syria under its counter-terrorism strategy? 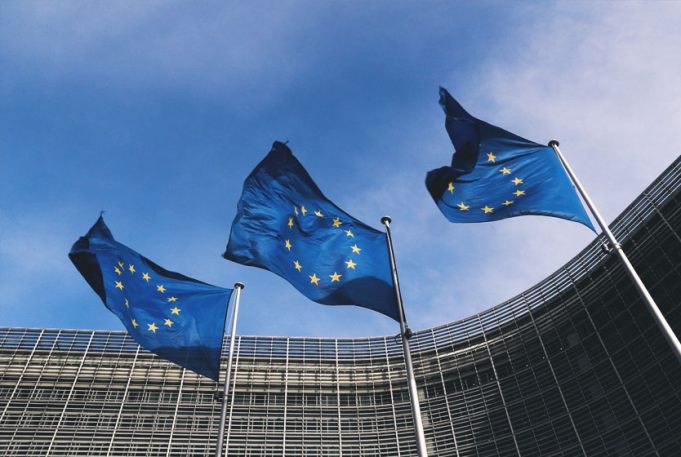 How much the EU has been successful in the war on terror in Syria under its counter-terrorism strategy?

Witnessing the evolution of terrorism, remarkably with the fact that terrorism has indicated the signs of transnational entities in the 9/11 attacks via a powerful network enhanced by advanced technological developments. The threat perception to national security has been redefined and codified by the US through the Bush Doctrine as it fostered the prominent role to propel the other countries worldwide in determining a threat perception and finding itself a huge place in the legislations. The European countries, with no doubt, followed the path of the US which has declared “war on terror”. In 2015, Europe experienced its peak when there were 17 terrorist attacks. Before then, for instance in 2014 only two attacks were carried out.[1] Later on, the Council of Europe (CoE) adopted the EU counter-terrorism strategy, as it is mentioned in the strategy, it was adopted “…to fight terrorism globally and make Europe safer”. [2] The non-stop evolution of the terrorism now and then, specifically with the second big wave after Al-Qaida and DAESH, the war on terror agendas of European countries started to consider Syria.

Putting the fighting with terrorism on top of its priorities, the EU’s counter-terrorism strategy can be defined through its strategic commitment to combat terrorism within the global context while respecting human rights, freedom, security, and justice for its citizens.[3] It is constructed around four principles, respectively, prevent people from turning to terrorism by inhibiting the recruitment in Europe as well as international extent; protect the EU citizens and infrastructure through decreasing the weaknesses in the face of attacks; pursue terrorists while investigating, cutting off their access to materials and funding, inhibiting their communications as well as travel; and finally respond through well-coordinated organization to minimize and manage the consequences of terrorist attacks to combat terrorism effectively. Furthermore, international cooperation with the third countries and international institutions has been highlighted and emphasized repeatedly by the CoE in the revised strategy adopted in 2014. In particular, regarding the EU’s activities under the framework of its counter-terrorism strategy, Syria ought to have a pivotal role as it has been the main battleground for DAESH. In this vein, once the activities of DAESH showed the signs of urgency, the EU, as mentioned above, followed the pathway of US and took part in the US-led international coalition (established in 2014 to defeat DAESH). In this way, the EU started to approach YPG/PKK as an organization that helps fight against DAESH. [4]

In every occasion, the EU reiterated the need for action towards the recruitment of foreign fighters as it became a greater concern throughout Europe. To tackle with financing and recruitment of foreign fighters, special attention has been giving rising in the strategy under the prevent strand which focuses the roles of both external actions and internal actions. Additionally, European Counter Terrorism Center was established at Europol for information exchange and operations in 2015. In the same year, EU Internet Forum was established by the Commission to bring the member states, Europol and remarkable social media companies together. It is to make sure that illegal content, especially the terrorist propaganda is taken down as quickly as possible. The High-Level Commission Expert Group on radicalization was set up by the Commission to further strengthen the activities to counter radicalization which paves a way for terrorism. Most remarkably in 2017, the CoE adopted a strategy for Syria in which the political solution was emphasized rather than a military one to defeat DAESH. It encouraged the political transition by promoting democracy[6] and concentrated more on the humanitarian aids in Syria. Moreover, the EU also adopted UN Security Council Resolution 2253/2015 as an EU binding law to impede financial resources available to DAESH.

To see whether the EU is successful with its war-on-terror, its 4 main pillars under its counter-terrorism strategy should be evaluated. The first principle, prevent, has contributed to considerable changes in the EU legislation on its counter-terrorism policies to impede recruitment and financing. Nevertheless, the EU remains slow to impede radicalization within Europe since there are hundreds of Europeans radicalized and recruited by using the internet and social media with a link to disseminated terrorist content.[7]  Moreover, most returnees are not prosecuted even though they pose a threat due to augmented lone-actor terrorist attacks. It clearly shows that each of them can carry out an attack relying on their former experiences and linkages in the battleground. Due to the domestic law restrictions within the EU countries, there were not a concrete political solution except several sentences given by the United Kingdom and Denmark.

However, a question comes to one’s mind: why the EU does not take a concrete step in the field? There may be two reasons: The EU tends to leave the ground for the US’ activities and follow its actions as it leads the coalition and has the biggest role in determining the further steps on military operations. Not to forget, the EU announced the US as its top partner in its counter-terrorism strategy. On the other hand, the EU has been surrounded by its legal barriers in terms of military operations and solid responses. Whereas the comprehensive responses entail being complemented in military operations, the balance between the two still does not seem to be sustained.

[5] “Outline of the counter-terrorism strategy for Syria and Iraq, with particular focus on foreign fighters”, Council of the European Union: Brussels, 2015.