Who is Who?
Russian Foreign Ministry’s Envoy for Syria: Alexander Kinschak 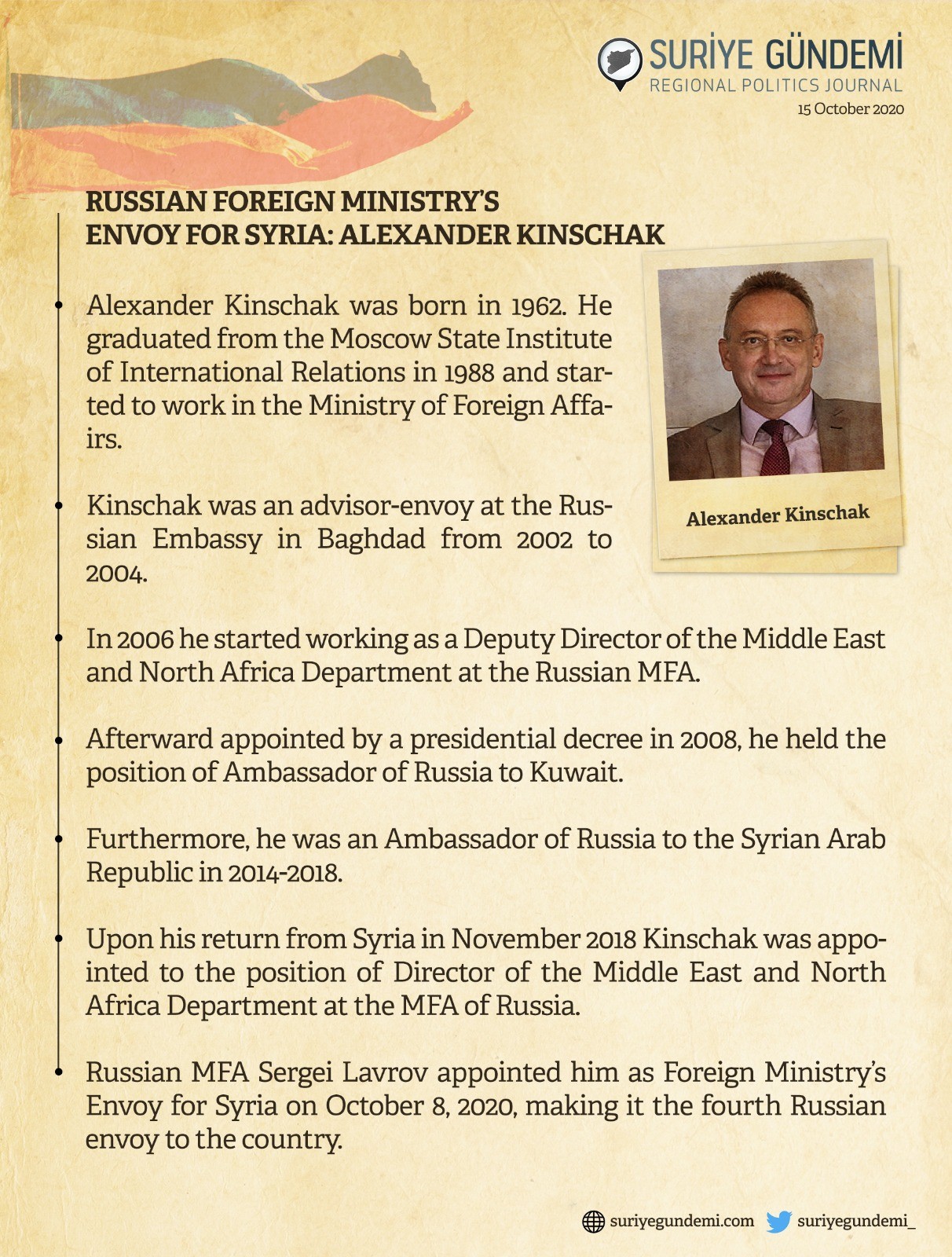 Alexander Kinschak was born in 1962. He graduated from the Moscow State Institute of International Relations in 1988 and started to work in the Ministry of Foreign Affairs.

Kinschak was an advisor-envoy at the Russian Embassy in Baghdad from 2002 to 2004.

In 2006 he started working as a Deputy Director of the Middle East and North Africa Department at the Russian MFA.

Upon his return from Syria in November 2018 Kinschak was appointed to the position of Director of the Middle East and North Africa Department at the MFA of Russia.

Russian MFA Sergei Lavrov appointed him as Foreign Ministry’s Envoy for Syria on October 8, 2020, making it the fourth Russian envoy to the country.