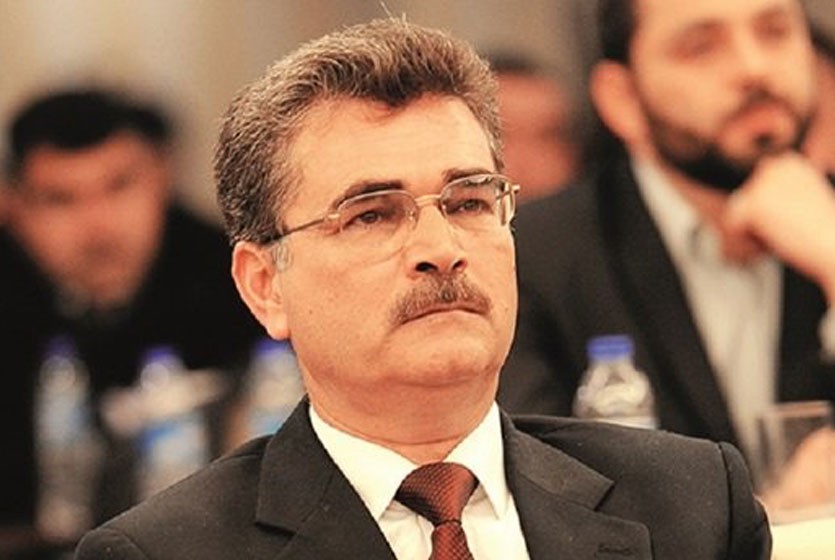 Born in 1960 in Aleppo’s district Manbij, Dr. Muhammad Wajih Juma is a member of a Turkmen family of rural Jerabulus. By profession, he is a surgeon/medical doctor. Dr. Juma served as the chief physician of the Manbij Public Hospital from 1995 to 2003, and from then until 2011 as head of the department of General Surgery at Aleppo’s El Razi Hospital. Between 2010 and 2012, he served as president of the Aleppo Chamber of Physicians. Taking on an active role in Syria’s political opposition in the wake of the revolutionary movement, Dr. Muhammad Wajih Juma was appointed to the position of Health Minister of the Syrian Interim Government in 2014, as which he remained until 2016. Dr. Muhammad Wajih Juma also served as the founding president of the Syrian Turkmen National Movement Party between 2014 and 2017.

When did the Turkmen presence in Syria begin and in which regions of Syria do they live?

The existence of Turkmens in Syria is at least 1000 years; the most important proof of this is the Suleyman Shah Tomb. The state founded by the Seljuks was also centered in Aleppo. Before the Seljuks, the Turkmens were also present in the region, but this was in a military way, they were with the Abbasids. And these regions were at peace after the Turks came, before the Turks there was no understanding of giving importance to people. The Turks had the understanding of “Let people alive, so that the state alive.” Turkmens are found in almost every region of Syria, but there is also our presence especially in Aleppo, Bayir Bucak, Hama, Homs, Damascus and its rural areas and also in Raqqa. In Tel Abyad, we have many villages in the area, especially in Hamam Turkmen. There are also Golan Turkmens, Golan Turkmens have relatives in Sivas, and after they came here, when they met with eachother, they came up with very nice images.

We are preparing ourselves to return home. We launched a campaign for the return of Syrian Turkmens in March of this year. When we visited the camps, we received very good feedback, but of course there is no possibility of 100% return. Because, here, we have jobs or educational facilities to stay in Turkey. But our main goal is return home. In Syria, our numerical existence has not been a simple entity throughout history. We are a society that builds the civilization of Syria, there is a trace of a Turkmen in every corner of Syria. We also have the blood of our ancestors and martyrs. We will not leave Syria to anyone. The Syrian Turkmen Council has now moved into Syria, and now we have an office in Cobanbey. We currently have 8 non-governmental organizations and 3 cultural centers in the region. We have also started language courses teaching Turkish.

Homs Turkmens were also deported and came to these regions, how are their situations and do you connect with them?

In fact, our communication with them has existed since they were under siege. We are very sorry because of their exit, the international situation has brought them to this point, and they are mostly in the area of the Operation of the Olive Branch and we have very close connections with them. We’re always visiting, and we’re going there. With the support of  Turkey and Turkey’s NGOs, we want to keep them in a reasonable condition but the only thing that will satisfy them is their return to their homeland. I hope it won’t be long before they leave the country. With a general solution in Syria, these people will return to their homeland.

From your point of view, what should be the general solution in Syria and do you have the steps to be taken as the Syrian Turkmen Council?

In fact, the Syrians rebelled for the implementation of democracy and law. If there is no democratic transition, this revolution does not achieve its purpose. We want to be listed in the constitution as a founding element of Syria. Some people look at citizenship enough, but we clearly want to take part in the constitution.

You do not have a separatist agenda in Syria; you defend the territorial integrity of Syria and a free Syrian state. So, do you want the Syrian Turkmens in the constitution to have the right to education in the mother tongue? Do you have any expectations for this?

In fact, some say that if you take your cultural rights, it is enough. But we want all rights of a society, not just our cultural rights. We want to have a share in the important decisions of Syria, we want our political rights. The issue of language is now a very democratic and principal issue. Mother tongue is a topic that should not be discussed. We want more than just our cultural rights, and we struggle in the political and international arena to get all of our rights, and we have an important presence on the ground. And of course, we have Turkey, thank to God.

While talking about the constitution, decisions were taken to start the constitution process at the Istanbul summit. How does the process of the Constitutional Commission work? Do you take part as the Syrian Turkmen Council?

Again I say, we want a democratic system. If Assad goes as the name and the Ba’ath remains, we go to the same dictatorship system. Assad doesn’t even have control at the moment; he is taking instructions from the Russians or the Iranians. In addition, now 40-45% of Syria is not in the hands of Assad.

In case of the Baath regime remains in power, how do you see Turkey’s defacto ‘Free Syria’ state model in the area from Morek to the east of the Euphrates?

We can only accept this as the first step, but we are considering a future that covers all of Syria. But from here, very logical and beautiful step can be taken. In fact, this process has started, Manbijis want Afrin and Jarablus model. Idlib, believe me, is more willing than any other. In later times, Hama sand Homs also wants. Gradually everywhere in Syria become emancipated, with Turkey’s support, of course. Let me tell you one key thing; Syrian revolution without the support of Turkey is zero, zero in every aspect. 4-4.5 million in Idlib, Afrin or Jarabulus and, 3.5-4 million people in Turkey lives under the Turkey’s control. Nearly half of the people of Syria is under the Turkey’s custody. Some people say where Turkey will be in the future of Syria. Turkey currently is both in the field and at the table. Now Syria is nothing without Turkey.

Different from politics, as a social question, is there a tension or friction with other elements of Syrian society because Turkmens are preceded by Turkey?

No, there is not. As I said before Turkey looked equally to everyone. As the aids came, they were distributed equally to everyone in Syria. We have also contributed to this issue, when we received help, we demanded that other elements prioritized. Because our project was where all the people live, we live. There are people who are our neighbours for hundreds of years. No one can break that. We have an understanding of giving importance to people.

We have adopted, moved and spread the religion of Islam throughout history. Therefore, I can say that there is almost no such influence on the Syrian Turkmens. We have never approached Nusra and Daesh. I can say that the most durable society in Syria is Turkmens. Now, we have fought against them and won. Now we will give an ideological war and we want to be an example to these people, to share our values with these people.

Currently in Manbij Turkey and the US are patrolling together and if conditions develop, do you have any idea to turn? Also, will the Turkmen troops take part in the transfer of the Suleyman Shah Tomb to the old place or a possible operation to the east of the Euphrates?

Actually, I wanted to start with that. Suleyman Shah Tomb must be moved to the old place and we will protect the tomb as Turkmens. To the east of the Euphrates must definitely be crossed, because there are many places where terrorists have established nests, along the border. They need to be cleaned. There is now a great hatred and uprising against YPG in the east of the Euphrates. We have a different point of view on Manbij. Manbij must be governed by Manbijis. But they will need a brother, he is also Turkey. Manbijis people want the Euphrates Shield model. We don’t want America. I’m going to say it clearly, it’s the USA who brought PYD to our city and make us occupied by them. We Manbijis, we can make the management, we make the security well but we will need the support of Turkey.

As a last question, what do you think of the possible operation of the Tel Abyad?

We are used that what Mr. Recep Tayyip Erdogan says comes true. Mr. Erdogan said that there would be no terror in these regions. I think these operations should go to Kandil, the head of the snake must be crushed. What happened in Afrin can happen there, even more easily. How people threw away PYD from Afrin they can do it there.