Who is Who?
Russian Major General Killed in Deir Ezzor: Vyacheslav Gladkikh 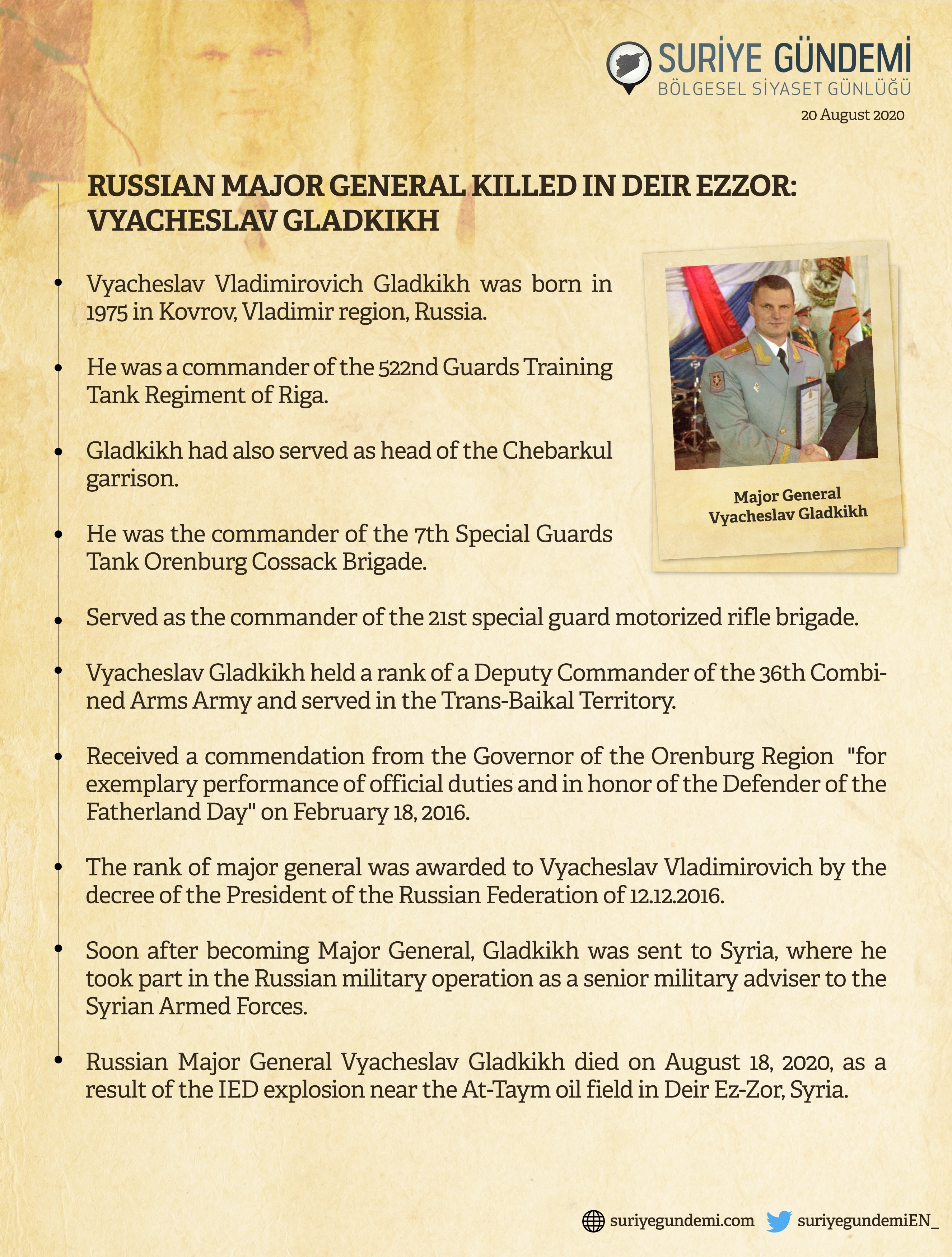 He was a commander of the 522nd Guards Training Tank Regiment of Riga.

Gladkikh had also served as head of the Chebarkul garrison.

He was the commander of the 7th Special Guards Tank Orenburg Cossack Brigade.

Served as the commander of the 21st special guard motorized rifle brigade.

Vyacheslav Gladkikh held a rank of a Deputy Commander of the 36th Combined Arms Army and served in the Trans-Baikal Territory.

Received a commendation from the Governor of the Orenburg Region  "for exemplary performance of official duties and in honor of the Defender of the Fatherland Day" on February 18, 2016.

The rank of major general was awarded to Vyacheslav Vladimirovich by the decree of the President of the Russian Federation of 12.12.2016.[1]

Soon after becoming Major General, Gladkikh was sent to Syria, where he took part in the Russian military operation as a senior military adviser to the Syrian Armed Forces.

Russian Major General Vyacheslav Gladkikh died on August 18, 2020, as a result of the IED explosion near the At-Taym oil field in Deir Ez-Zor, Syria.