Who is Who?
PKK veteran Polat Can: Commander in the YPG/SDF 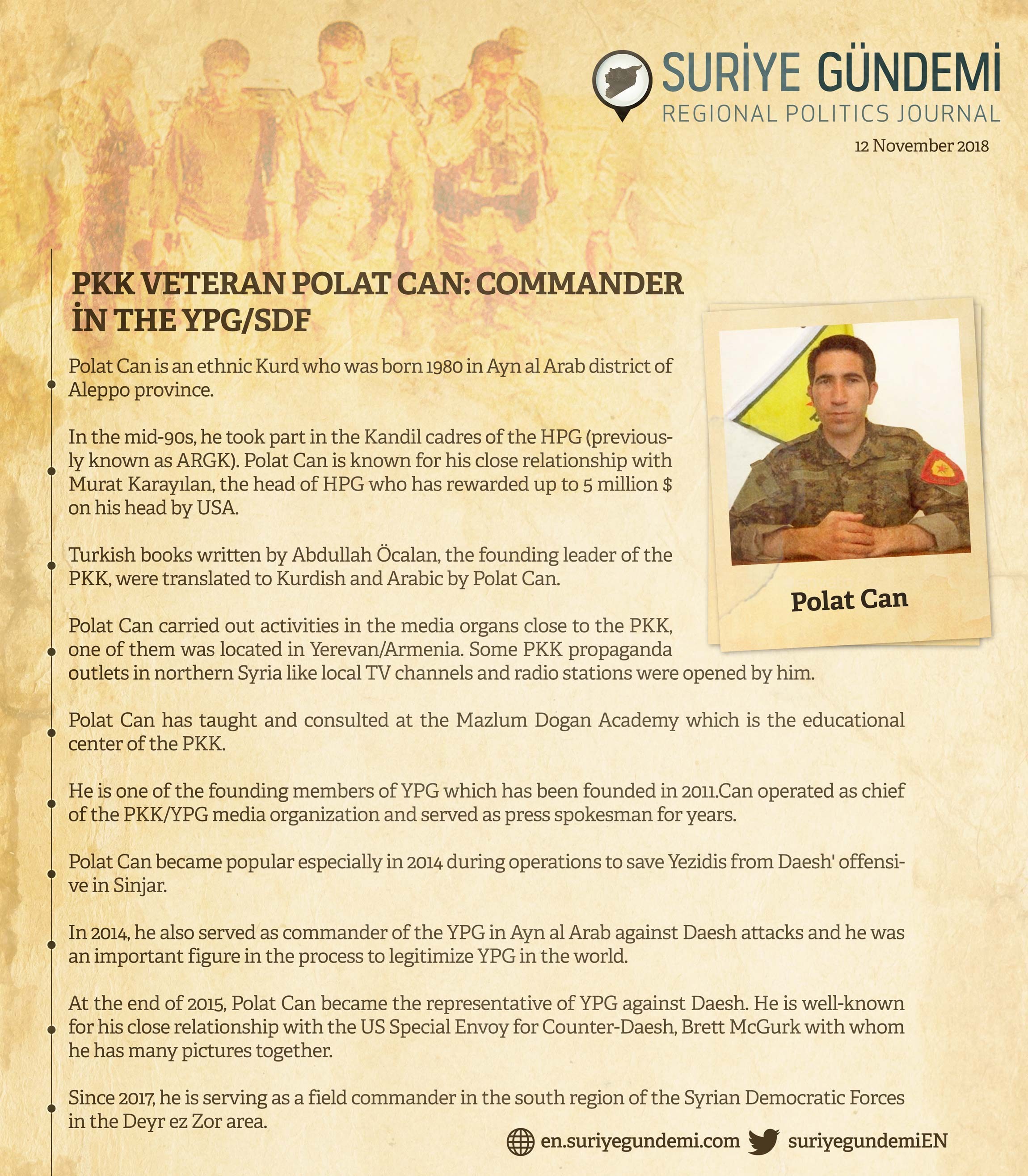 PKK veteran Polat Can: Commander in the YPG/SDF

Polat Can is an ethnic Kurd who was born 1980 in Ayn al Arab district of Aleppo province.[1]

In the mid-90s, he took part in the Kandil cadres of the HPG (previously known asARGK). Polat Canis known forhis close relationship with Murat Karayılan, the head of HPG who has rewarded up to 5 million $ on his head by USA.[2]

Turkish books written by Abdullah Öcalan, the founding leader of the PKK, were translatedto Kurdish and Arabic by Polat Can.

Polat Can carried out activities in the media organs close to the PKK, one of them was located in Yerevan/Armenia. Some PKK propaganda outlets in northern Syria like local TV channelsand radio stations were opened by him.

Polat Can has taught and consulted at the Mazlum Dogan Academy which isthe educational center of the PKK.[3]

He is one of the founding members of YPG which has been founded in 2011.Can operated as chiefof the PKK/YPG media organization and served as press spokesman for years.[4]

Polat Can became popular especially in 2014 duringoperations to save Yezidis from Daesh’offensive in Sinjar.[5]

In 2014, he also servedas commander of the YPG in Ayn al Arab against Daesh attacks and he was an important figurein the process tolegitimizeYPG in the world.[6]

At the end of 2015, Polat Can became the representative of YPG against Daesh. He is well-known for his close relationship with the US Special Envoy for Counter-Daesh, Brett McGurk with whom he hasmany pictures together.[7]

Since 2017, he isserving as a field commander in the south regionof the Syrian Democratic Forces in the Deyr ez Zor area.[8]