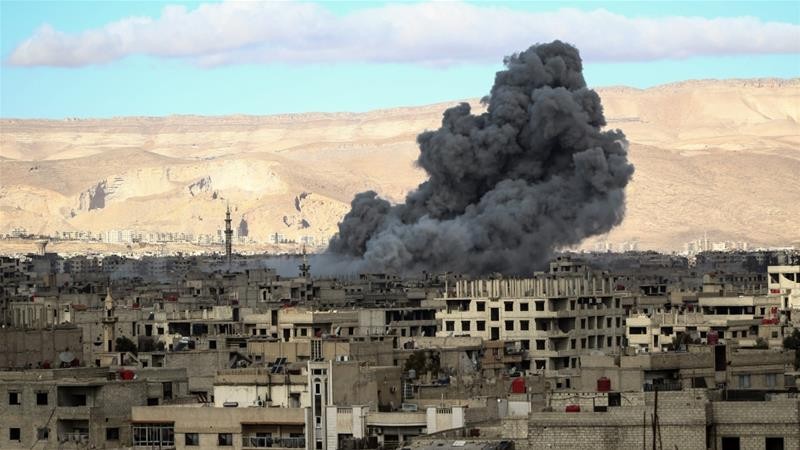 The last week many important developments have unfolded in Syria’s many fronts. The most important development of the week was the chemical attack in Douma. The Assad regime has conquered most of Eastern Ghouta with the exception of Douma where Jaish al Islam is in control. In order to force Jaish al Islam out of Douma, the Assad regime continued its attacks, resulting in many deaths and wounded. 75 people were killed and hundreds were wounded after the chemical attack that happened on Saturday. After this attack, the Assad regime directly came to an agreement with Jaish al Islam for the evacuation of their fighters and families. In Syria’s east, Daesh militants have started offensives again as they have attacked Assad regime forces and Shia militias over the past two weeks. These Daesh militants have captured an oil-well to the east of Deir ez Zor and attacked Assad regime forces overnight along the Damascus-Baghdad highway. In Ankara the “Turkey-Russia-Iran Trilateral Summit” was held where president Erdoğan, Russian president Putin and Iranian president Rouhani met. As part of the Astana process, in Idlib, the construction of observation posts continues. Last week, the TAF constructed a new observation post in Hama’s north, in the town of Morek as part of this Astana process.