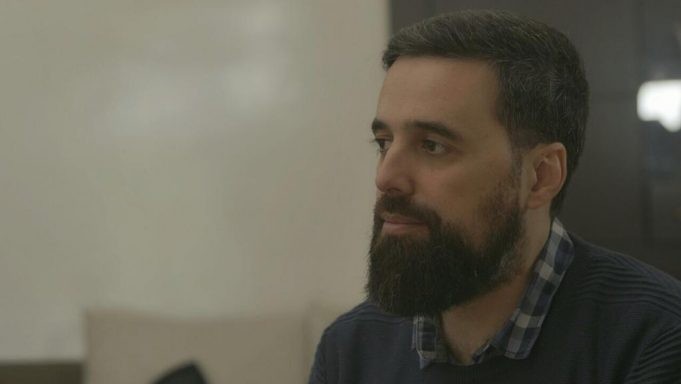 This interview was conducted by Ömer Özkizilcik

Kinan al Nahhas is an independent member of the Syrian opposition, close to the armed groups in Idlib, and former member of the Leadership Council of the National Liberation Front.

What do you think about the agreement?

Actually, we don’t know the details of the agreement yet, we hope to have a more detailed understanding soon. It’s clear that they stopped the bombing of Idlib. It is a problem for us not knowing the details, at the least the part that affects us in Idlib and Aleppo. A lot of the people are worried about the details. We have 1 million refugees and they won’t go back to their homes to stay under the regime’s control. Until we know the details, we can’t know the benefits or the risks and threats of this agreement. The Turkish government announced several times that they demand the withdrawal of the regime to the frontlines of the Sochi agreement. After they announced the latest agreement, no one talked about it anymore. This is an issue that needs clarification.

Are the security corridor and the joint patrols implementable?

This is the second point that raised concerns. The agreement talks about the M4 but didn’t mention the M5 highway which is under regime control. There will be a security corridor for the M4 but there is no mention of the M5 road. It will be difficult for Syrians in Idlib to welcome Russian patrols and the idea of a security corridor only on the M4, which the M5 was captured by the Russians and the regime despite the Sochi agreement, there must be a balance and the Sochi agreement in regards to the demarcations has to be respected. At the moment we have a security corridor for M4 but nothing for M5.

What will the armed groups in Idlib do in regards to the agreement?

There is great coordination between Turkey and the revolutionary armed groups, and they will come to an agreement but all this will be closely linked to the future of our lands and if the Sochi agreement will be respected or not. Recovering the M5 is a necessity for us, and our Turkish partners perfectly understand that and take it into account.

What is the position of HTS?

I think HTS is in a sticky situation. They are the major responsible for the last loss in the battle against the regime and I think they are not in a situation to negotiate or impose conditions. They are currently trying to find a way out, but they made it very difficult due to their actions. People in Syria see them as the main responsible party for weakening the revolutionary armed groups and by providing excuses to Russia to bomb Idlib. So they don’t have any allies left in Syria, and the vast majority of the population is against them. But they need a way out, and they are trying to change their narrative. Turkey can play a big role in deciding the fate of HTS, in a way that minimizes the damage.

Do you see HTS dissolving itself soon?

I hope that but I don’t think they will do it now. It is difficult for them to do it after what they have done in the recent 3-4 years but, but if this was to happen, it will have to be as part of a Syrian led initiative to dissolve and absorb HTS. We have to take into account that the group is not keen on the ideology anymore.

Maybe in some cases duo the elevated number of injustices and crimes they have committed against Syrians, but this isn’t the reason why they rejected offers in the past to dissolve. Their priority is control and power.

Do you think the current ceasefire is a fragile or a lasting one?

Turkey is trying its best to make it a real ceasefire, but the problem is Russia. Russia never respected any ceasefire agreement before, in fact, they didn’t respect any agreement at all. The information that we have about the agreement does not reflect any details about how it will be monitored and protected, and it leaves the door open for attacks from the Russian side. I think it is very possible that a confrontation might happen soon due to the actions of the regime, Russia and Iran. Turkey and we should be ready for that.

After the Turkish drone strikes why could the regime recapture Saraqip?

The Turkish attack was very effective, and shocked the regime; for the first time since the beginning of the revolution the regime had to face airstrikes, and we all realized how weak they are. In just 3 days the regime lost control over its command structure in the battlefronts but they have received heavy help from Hezbollah and Iranian militias on the ground, and the Russian air cover. We know that Hezbollah has sent 500 elite forces, the Radwan forces, only to Saraqip. Meanwhile, Russia continued its airstrikes against the armed groups. Therefore we have seen the retake by the Russian and the militias. We are talking about two different types of attacks. The Turks were attacking with drones; the Russians used Sukhoi, tanks, and everything.

Why was the armed Syrian opposition so weak?

It is not correct to say they were weak. What we have seen last month was the ninth month of continuous battle. Our groups remained steadfast at the frontlines for several months. After losing the fronts we had many military and human difficulties. The Syrian revolution is the only army in the world that consists only of volunteers. The majority of these volunteers have their families close to the frontline. A lot of them were forced to leave the front to save their families and went back to the war. We are fighting against the regime, Russia and Iran and sectarian groups from Lebanon, Iraq and elsewhere simultaneously. What we have seen the last month is not one month but the last month of a long battle. If we look from a different point of view, the regime army was severely shaken and damaged after 3 days of drone strikes. We sustained 8 years of airstrikes from the regime and later Russia. The resistance of the Syrian people is a true miracle.

What should be done in Idlib?

Idlib cannot be seen in isolation from the Syrian conflict as a whole. The problem is not only Idlib, but it’s also the regime and the future of the entire country. For Idlib, and in the short term, we need to achieve the ceasefire but according to the demarcations before the last wave of attack, and create the necessary conditions for the return of displaced people to their homes in Idlib. This should be the first step before any discussion about reactivating the political track or the opening of the M4 and M5 highways. We need to think about the people and their security first. We also need to be aware that Russia is and has always been keen on achieving a military victory rather than a negotiated solution, and they will continue in their efforts until they see sufficient resilience and strength from our side, Turkey and the Syrian revolution. Turkey must see that their real strategically in this war are the Syrian rebels and opposition, and we should work on making this alliance stronger and more effective.

Maps
Gates Controlled by Foreign Countries or Factions in Syria