Analysis
Syrians In Turkey and The Whole Picture 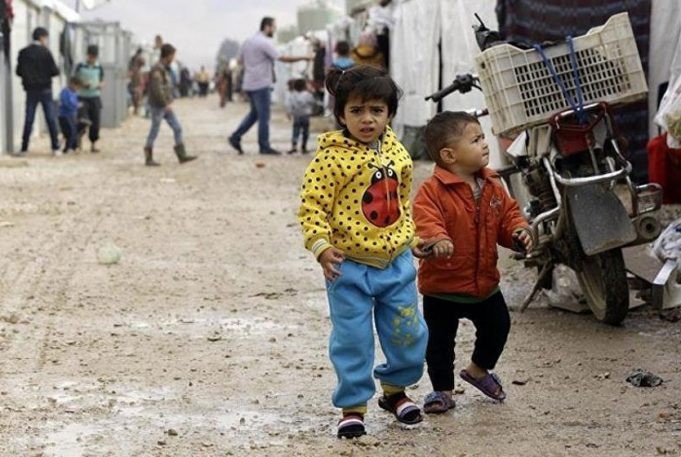 Syrians In Turkey and The Whole Picture

Perhaps one of the most dangerous mistake, both at the political or socio-economic, is the failure to see the full picture and getting stuck at the current moment, without realizing the picture’s backgrounds and consequences. As such, people are unable to realize the roots of the Syrian people’s revolution and its causes; how others attached to a particular moment; insist on the interpretation of the present and the past through this moment. We can also talk about the failure of some to realize the roots and backgrounds of terrorism in Syria and beyond. Not to mention their inability to monitor the role of the parties that sponsored and enlarged the terrorism in our land.

Reading the change in the world over the past years through a similar perspective reveals how the events have been affected which end up with absolute devastation. At this point, I, Head of the National Coalition for the Syrian Revolution and Opposition Forces, think that it is more important to remember the role played by the international community and how it always failed to deal with the situation from the very beginning. This deficit of solid, firm and solution-oriented international efforts is what allowed the regime to continue its crimes against humanity which ended up with mass displacement and successive waves of refugees. These refugees found themselves in several regions including Europe. After their arrival in the European countries, the far-right in those countries started to exploit this situation and the mood of the continent was started to affect relatedly. The attitude put forward by the far right is an unprecedented one and the impact of this on the vote to Brexit ought not to be overlooked.

This approach can further help us while dealing with the reality of Syrian refugees in Turkey. In this way, we will not dwell on past events. On the other hand, we will be able to look outside the box and analyze closely at the scene and details of the origins of the problem. By doing so, it becomes possible to foresee the possibilities for prospects and to build a vision through which we change the reality and the future.

Data based on facts and figures presented by the research report issued by the Euro-Mediterranean Forum of Economic Institutes of Science “FEMISE” published recently under the title of “long-term effects of Syrian refugees on the Turkish economy” help to shed light on the side of this approach.

At the outset of the analysis, a quick return to the past is a must. Starting from the long historical relationship that linked the people of the region over a thousand years ago, turning back to times when the Syrian soldiers fought along with their Turkish brothers’ shoulder to shoulder in Canakkale Battle one hundred years ago, the current brotherhood between them seems not so surprising. That brotherhood brought out several parties and entities which had been engaged in deciphering this relationship. They were and still are trying to disrupt every way possible to transform the region into a group of scattered helpless islands.

If we go back just a few decades, we will find a huge rupture between Syria and Turkey, as if there was a vast ocean separating both countries. Nevertheless, the developments successively beginning of 2003 and then especially after 2011, revealed to all that all of these efforts and plans have failed as the peoples of the region know themselves and their history.

Syrians in The Turkish Economy Since 2011

Based on the report issued under the auspices of the European Union, it would be better to note the impact of 3.6 million Syrian refugees on the Turkish economy as they will lead to a doubling of Turkey’s GDP at a rate of 4%. Furthermore, Syrians invest in Turkey reveals a strong ability to organize and manage projects.

While some people just consider the temporary negative effects, the report puts forward that the contribution made by the Syrian labor force in terms of reducing the cost of production has a stimulative impact on the economy. Confirming what was predicted that the production capacity of the Syrians in the establishment of projects is more significant than of their consumption on the Turkish economy. We are confident that the implementation of further measures to support the Syrians and their chances of organizing work will certainly increase their support for the economic growth of Turkey.

Other reports indicated that the Syrians have established more than 10 thousand companies in various sectors since 2011, and it is similar in the various countries that have received the Syrians such as Germany or the other neighboring states. They quickly realized that the Syrian refugees represent a powerful ability and capability that could help them to cope with economic problems, to work and to create despite the cultural barriers.

As specialists in this issue know very well that the cross-cultural interactions are among the most important emitters of creativity and innovation. Such as Steve Jobs, founder of Apple, is the son of Syrian refugees, as well as Sergey Brin, a founding partner at Google, is the son of a Russian refugee. There are many other examples of those people who did tremendous work had a cultural interaction in their background.

Such creators are everywhere and all they need is a safe environment that preserves their rights, afterward, innovation becomes a matter of time, especially for the Syrian people since they are very hard-working people.

Syrian refugees’ contributions to the economy have already emerged even though a large proportion of them are still unemployed. Today in Turkey, more than two million Syrians are at working age (men and women) and only half of them are employed. Numbers are inaccurate, but there is a need to fix this situation and to address the problem of the Syrians working outside the framework of law with low wages far below the minimum wage and sometimes under harsh circumstances.

Job creation, support, training, and recognition of previous education certificates in addition to providing opportunities for follow-up education are crucial for the integration process of Syrians. Not only on the economy but the cultural, social and political levels as well, investment is the best way to deal with the abilities of the Syrians rather than wasting or restricting them.

Given all these facts, it seems the presence of Syrian refugees in Turkey, is an exceptional opportunity to put the history back on track. It would be very imperative to promote coexistence and cooperation in a way where everyone wins.

We have made huge efforts over the past months under the framework of the “Joint Committee” between the Syrian Coalition and the Interior Ministry of Turkey, to discuss and resolve the problems being faced by Syrian refugees e.g. problems related to their residence.

No doubt learning the language and obtaining respect for the customs and traditions of the locals are of utmost importance, and we have to emphasize this aspect in conjunction with the preservation of our language and traditions. Syrians do not want a substitute homeland, and they did not start their revolution in search for immigration and asylum, but to build a nation that protects their rights and allows them to perform their duties in the development and reconstruction.

Spring Peace Operation and The Safe Home for Refugees

Today, Syrians who have the possibility of returning to their home in secured areas began to return voluntarily. Most of them prefer to work for the reconstruction that has become possible through the Turkish operation of Euphrates Shield, Olive Branch, and Spring Peace.

Syrian Interim Government began to form local councils in both Tal Abyad and Ras al-Ein to be able to provide services to citizens. It assumed the duty of ensuring refugees’ safe return. In addition to that, it started to formulate police forces and to deploy them into the region to maintain security.

The return of Syrian refugees to their homeland must be achieved properly under the context of a political solution towards their aspirations that also preserves their rights. This framework should consider the current circumstances and create accordingly. It can be utilized as an opportunity to achieve economic and social integration during the post-solution stage and can be seen as an inception for stable bilateral relations.

What we are working on and care about what we are seeking to cooperate with the Turkish government is to continue to hold seminars, conferences and specialized studies focusing on the issue of asylum and mechanisms to deal with it. We aim to benefit from the experiences of other countries and to get recommendations. Hence, we take the economic and administrative decisions to contribute to easing the regulatory burden on the displaced Syrians in Turkey. In addition to improving the business climate for small and medium enterprises, we promote for better export sector and integration process with the Turkish economy. Successful projects, as well as training plans for entrepreneurs, help them to create solid and beneficial projects.

We are doing everything within our means to support the education sector. We cooperate with the Turkish government for the integration of Syrian students in schools. We try to overcome and prevent any kind of problem in schools beforehand such as school dropouts.

This issue does not only have human, moral or religious dimensions, on the other side, but there are also political, social and economic benefits that can be in favor of everyone. However, this case ought to be dealt with an open mind based historical relationship retained by the memory of people. This means, there are very significant opportunities for today to take advantage of and to strengthen our ties to rebuild Arab-Turkish relations on solid foundations. The best investment is to invest in human beings. It represents a tremendous success that brings a huge impact on the conscience of the people. Let us remember together that the memory of the people is difficult to be forgotten.