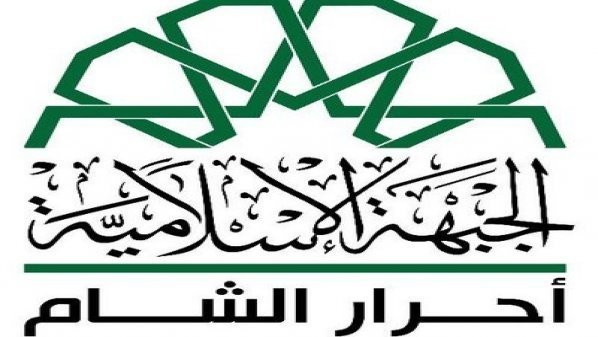 Omran Muhammad is part of the political office of Ahrar al Sham and is responsible about media relations of the faction. We interviewed him about recent events in Syria.

Q: It was known that Ahrar al Sham had a strong presence in the Rastan pocket. What happened to the evacuated fighters of Ahrar al Sham?

Q: Ahrar al Sham and others in the Rastan pocket formed the 4th Corp of the National Army in order to gain political protection. However, the pocket was attacked by Russia, Iran and the Assad regime and it ended in complete surrender. Why hasn’t this attempt achieved its goal?

A: The 4th Corp was not formed for the purpose of protection but as a response to the state of evolution of the status of the revolution. The revolution is evolute all the time. For this evolution we formed the 4th Corp and also as a kind of reinforcement and resistance. As a third reason, it was a response to the calling of the Syrian Islamic Council, because those Sheikhs asked to unify the efforts of the faction under the Free National Army. What happened also is that Russia, Iran and the regime insisted in their policy of bombing and their ‘scorched earth’ strategy despite of the Astana outcomes. Russia actually threatened frankly with a destiny similar to the destiny of Ghouta. It is not a surrender actually. Also you can not resist like in Ghouta, because the infrastructure of northern Homs countryside is not similar to the infrastructure to Ghouta. Ghouta, Duma and Harasta are cities, but northern Homs countryside consists of villages. You can’t resist in such areas. All the above mentioned was so clear for the civilians in the area, so they pushed forward to end it without having a massacre like in Ghouta. Also, we wanted finally to pull the troops under an umbrella that is acceptable for the international community, the National Army and not give Russia, Iran and other enemy countries causes to make a war toward the area.

A: What happened is more like a front than other thing. Maybe it will evolve into a full unity, but after some steps. It is also a kind of effort to unify revolution bases. Maybe it will turn the status from a faction state into one army state. The goals of Jabhat Tahrir Suriyah is creating a kind of one system into the areas that are under their control. After that to make an administrative body from the personals of the revolution in the area to administrate the liberated lands.

A: The situation is almost quite in Idlib. How we were affecte… Look the are in general become weaker. What happened finally regardless who is right who is wrong, what happened as a final conclusion is a weak point to use all these weapons and ammunitions in an intra fighting instead of to put it in the right way and right direction against Iran, Iranian, Russian and regime forces.

Q: Many Syrian rebel brigades formed the National Liberation Front. What is the aim of this formation? How is your stance towards them? Should this formation be considered as attempt to weaken Hayat Tahrir al Sham?

A: One of the major faction consisting the National Liberation Front is Faylaq us Sham and it is a good faction. Since the leader of this formation is a supreme officer, it maybe will be a positive point. The aim behind this formation is not weakening HTS, but to unify and collecting the efforts and factions in the liberated areas.

Q: Which dynamics are behind the formation of Hurashiddeen and Ansar al Tawheed? How is your view towards them?

A: Some personal or some members within HTS consider the changes in the HTS policy towards many files and many problems like Turkey like surrender steps. They defected and formed something different and also they are extremists and they refuse to get away of Al-Qaeda. For these reasons they formed these faction. My point of view is that all these factions should definitely disappear not to be cause for more blood and burn for the people of the liberated areas by the international community. What is required is revolutional and ational faction who work for the revolution goals like liberty, freedom and democracy that are the demands of the early days of the revolution.

Q: US State Department officially declared Hayat Tahrir al Sham as a terrorist organization. What is your stance on this and how will it affect Idlib and Syria politics?

A: Our attitude and point of view of what happened by the USA is that God is witness that we advised HTS a lot to dissolve HTS and eliminate this name, but no positive response from them. We knew that this classification is like a first step to color all the area by black and it’s a kind of introducing the area into a heavy bombing wave and heavy burning of the area.

Q: Regarding the loss of eastern Ghouta, the Rastan pocket and southern Damascus should the Astana process be seen as a failed attempt?

A: It is not true to consider Astana meeting as a failure. You have to look as it as a step or a trial to risk you what is remaining of the liberated areas. Once the Astana meetings started, you know that the three countries Iran, Turkey and Russia wanted to stop the fighting and declare a ceasefire, because each of these countries have goals and benefits of ending the fight. This was the main reason of Astana. The main reason of collapsing of those areas like Ghouta and northern Homs is that they were already under siege and away from friends of those areas like rebels and Turkey. So it was not hard to fall down.