Analysis
The Syrian Revolution and the Geopolitics of Energy 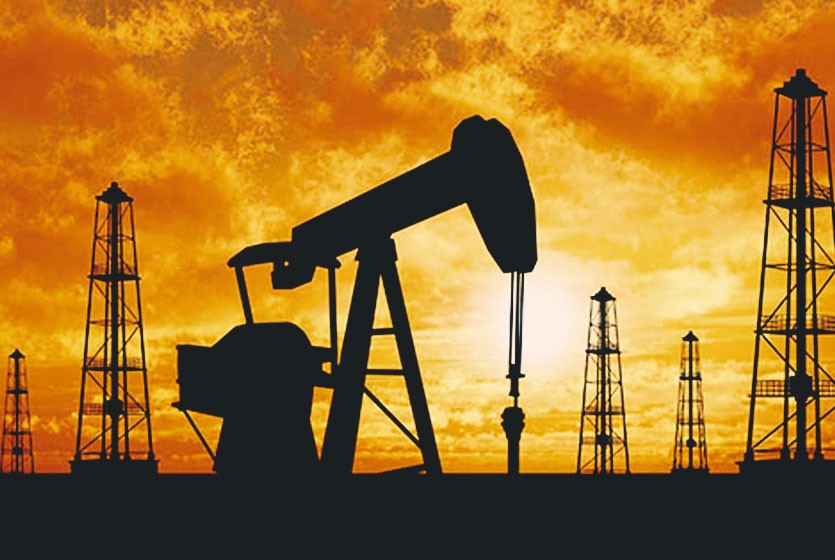 The Syrian Revolution and the Geopolitics of Energy

Considering the economic profile of Syria before the inception of 2011 revolution, it would not be wrong to claim that it was a foreign-resource dependent economy. Their national income was highly dependent on the exports of raw materials and the imports of machinery and transportation products. Speaking of the exports of raw materials, crude oil and other mineral products were standing as the main export commodities. Apart from being a basic economic input, these mineral products/energy resources have also crucial importance to be able to maintain sustainable development, industrialization and urbanization. However, after the inception of the civil war, non-state actors like ISIS, SDG/YPG have seized control of the significant oil and gas fields as well as the hydroelectric power plants located in the country. While these mentioned non-state actors have been obtaining immense economic profits, Syrian regime’s economy has been devastated. Notwithstanding, Syrian regime has been compensating these losses in their energy resources by illegal exportations which also means more burden on their economic budget. All these losses in their energy resources and declines of their revenues, constitute an obstacle on the way to establish just, lasting and comprehensive peace in the country and in the region. To be able to establish stability and security in the region, the control of these resources ought to be taken over from the terrorist organizations and the revenues that they obtain through these resources must be prevented.

The Economic Situation in Syria: Before the Revolution

As of 2010, the Gross Domestic Product (GDP) of Syria was around 60 billion dollar[1]along with a considerable amount of population (21 million)[2]. In the same year, agriculture represented 23 percent of GDP, industry 30 percent, and services 47 percent[3]. In this period, crude oil (around 109 thousand barrel in a day) was in the first place among the main export commodities[4]. The revenues of crude oil export, around 4 billion dollar, constitute the 30 percent of the total Syrian government revenues[5]. The refined petroleum products and the other mineral products were standing just behind the crude oil export[6]. The 90 percent of this crude oil were exported to European Countries[7]. Regarding the import commodities of the Syrian government, machineries and other mineral products share the first place[8]. The 45 percent of these imported products were originated in Asia and 38 percent of them were coming from Europe. As such Italy, Germany and the Russian Federation were among the largest import partners in Europe[9]. On the other hand, the People’s Republic of China (PRC), the Republic of Turkey, and the Republic of Korea were constituted the largest import partner in Asia[10]. PRC, Republic of Korea and Germany were the main countries where Syria imported machinery and transportation products[11]. It is a very common phenomenon that we usually face: If one country’s value-added from industry sector ranges between 25-30 percent and the services sector generates the biggest part of the value-added of that certain country, then the same country usually exports raw materials and imports machinery. In brief, this type of countries are generally foreign-dependent, low productive countries whose production mostly consisted from low-value-added products. In a nutshell, this was and still is the case for Syria.

The Status of the Energy Resources after the Revolution

Following the inception of the revolution in Syria, we have witnessed harsh and bloody divisions in the country. The regime forces have lost control of the significant territories and resources to different non-state actors e.g. ISIS, SDG/YPG, Opposition. These non-state actors have seized control of critical parts of the country and rest has been left to the Esed regime’s authority. In the beginning, Opposition forces dominated and took control of the large areas of the land, whereas in 2015, ISIS consolidated its hegemony over the areas that contain rich energy resources and beyond[12]. These energy rich areas, including Deir Ez Zor, Al-Hasaka, Homs and Al-Raqqa, constitute almost the 65-70 percent of the total energy resources of the country[13].

When we compare the Esed regime’s total energy production in 2010 and in 2015, we see a sharp decline from 27.67 million tonnes oil equivalent (Mtoe) to 4.68 Mtoe[14]. Similarly, their total electricity generation declined by 27 billion kilowatt hours (kWh) to 17 billion kWh in just 5 years[15]. The petroleum industry of the country took a hit as they were previously able to produce 416 thousand barrel crude oil per day, however it fell down to 35 thousand barrel per day in 2015[16]. Eventually, the Esed regime became an oil-importer since they were unable to supply the demand of 139 thousand barrel per day[17]. To top of the already harsh conditions, they lost control of important gas fields and consequently their natural gas production was declined by 4.5 billion m3 to 4.3 billion m3 in five years[18].

In 2015, Esed regime lost control of the most of the energy resources and the production capacity once it possesses, to ISIS. This above mentioned production differences, excluding the SDG/YPG-controlled areas and the malfunctioned facilities due to the war conditions, put forth the estimated production capacity of ISIS at that period. Though we are not able to put forward the exact revenue of ISIS with official data, nevertheless, we can calculate the approximate profit that ISIS once had when they were prevailing. In this regard, if we take the averaged 53.60 dollars of Brent Oil price[19]as of 2015 and at least 300 thousand barrel crude oil export capacity, we can claim that they had the potential to generate 6 billion dollars (53,60×300.000×365) revenue in 2015. Furthermore, considering the averaged 2.62 dollars of Henry Hub natural gas prices[20] and 4.5 billion m3 production capacity of natural gas, they could have obtained 421 million dollars (2,62×160593066) income in the same year. Notwithstanding, ISIS took the possession of the Syria’s most important water resource (Euphrates river) and the three crucial hydroelectricity generation dams (Baath, Teshreen, Al-Thawra) with the installed capacity of 1.5 million kWh[21].

Since 2016, U.S.-backed SDG/YPG forces have gradually seized control of the areas which were previously under control of ISIS. Almost all of the water and energy resources along with the production and export potential, once ISIS enjoyed, fell under the hegemony of SDG/YPG forces. In spite of the some fields over which regime claimed authority, it was indeed SDG/YPG who came out ahead. When we further analyze the mentioned fields, in addition to Conoco gas field and oil fields located in Al-Raqqa and Al-Hasaka, more than 10 oil and gas fields, specifically the Al-Omar, located on the East coast of the Deir Ez Zor district, are in the grip of SDG/YPG forces[22]. On the other side, Esed regime controls Shaer oil and gas fields in Homs as well as the several oil fields which are located on the West coast of the Deir Ez Zor district[23]. Only one or two oil fields located on the South coast of the Deir Ez Zor district and somewhere close to the city of Abu-Kemal are left to the possession ISIS[24]. Regarding the electricity generation issue, Syria’s 1.5 million kW installed capacity of hydroelectricity was fallen under the authority of SDG/YPG as well. When we re-calculate the 6 billion dollars export potential of crude oil with the new averaged price of Brent Oil (73.10 dollar)[25], we find out that the SDG/YPG’s current potential is around 8 billion dollars (73,10x300000x365). Similarly, by taking the new averaged price of Henry Hub natural gas (3,04)[26]into consideration and re-calculate the 420 million dollars natural gas export potential of ISIS as of 2015, we see that the SDG/YPG’s current potential is around 490 million dollars (3,04×160593066). For non-state actors, these are extremely high numbers so much so that the states behind these actors get their slices from the cake. Nevertheless, these are all estimated numbers which might have been affected negatively from the operations conducted by the Turkish Armed Forces. Through the help of “Operation Euphrates Shield[27]” and “Operation Olive Branch[28]”, the planned trade route towards Mediterranean Sea was blockaded and the future revenues via Mediterranean trades were prevented.

In sum, crucial energy and water resources along with the hydroelectric power plants were first lost to ISIS and then to SDG/YPG. Although the regime forces have achieved to preserve significant thermal power plants and refineries, they lost control of the most of the natural resources which are being used in these thermal power plants and refineries. As a result, regime has been using mostly illegal means to compensate its losses in their energy resources and to substitute its declined electricity production. As such, these losses have been mostly substituted via Iran and non-state actors like SDG/YPG[29]. Even if we do not acquire any information or data about the legal energy trade, according to the unofficial data, only in October more than 100 thousand barrels of crude oil were imported from Iran per day[30]. The Esed regime has been utilizing these crude oils for daily purposes as well as in their war requirements (as jet and tank fuel)[31]. In addition to them, the previous partnership deal which was signed between Esed regime and SDG/YPG regarding the oil fields located in Al-Hasaka, is the proof of the regime’s illegal substitute from non-state actors[32].

All in all, the initiative of the reconstruction process for Syrian people by their own resources, are in the hands of this terrorist organization (SDG/YPG). In the light of all the facts mentioned above, since the first day of the civil war until today, the situation that the regime has been in is not promising in terms of energy and water resources. There is a need for radical change in the status of these energy resources which may be regarded as benchmarks for the development and the survival of the country. To his end, if these large amounts of energy resources and high profits pursuant to these resources, were not taken from the initiative of this terrorist organization it would not be possible to achieve sustainable development in the country, not to mention sustainable peace and security in region.