Who is Who?
National Coalition of Syrian Revolution and Opposition Forces (SMDK) Anas Al Abdah 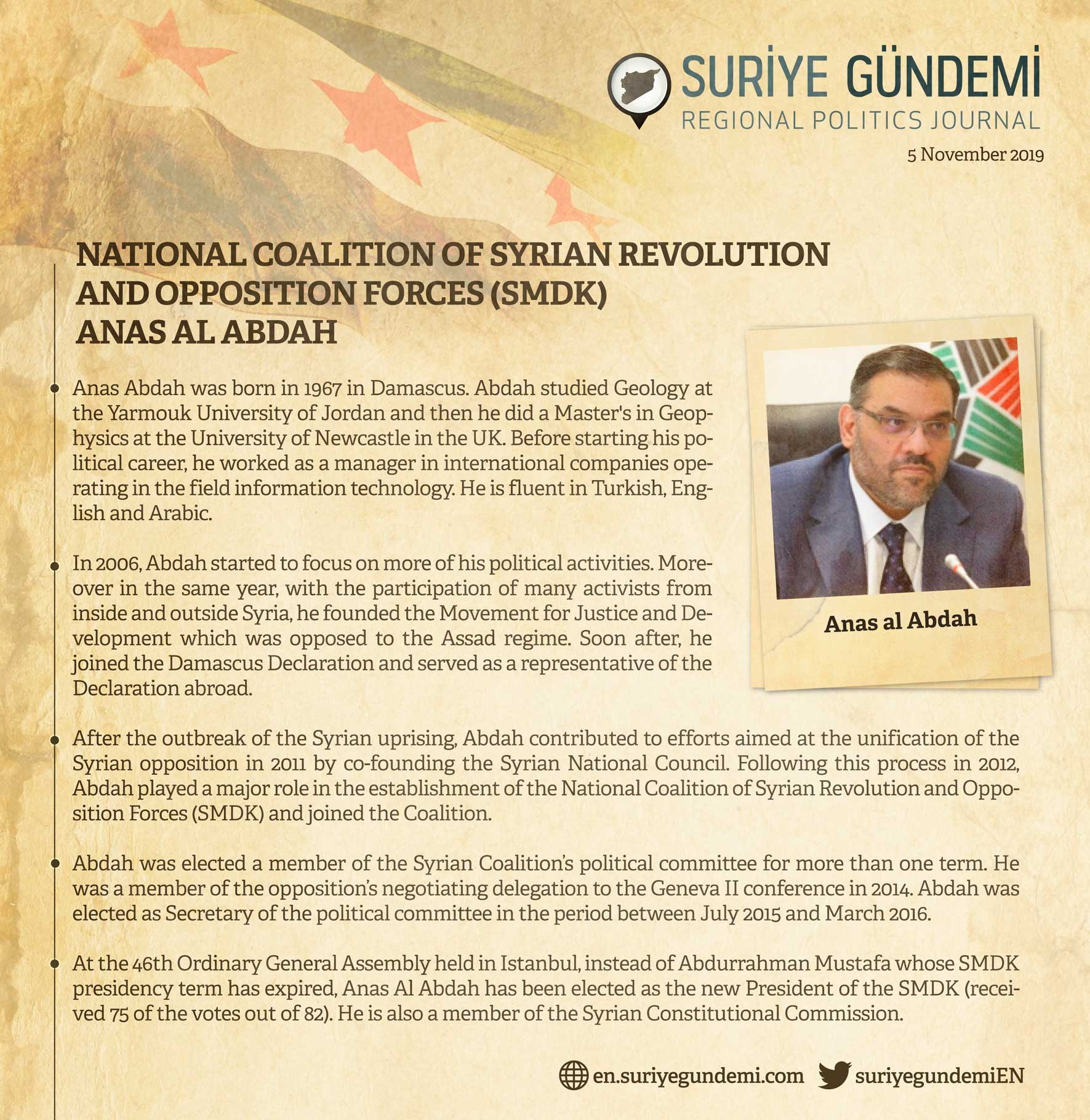 Anas Abdah was born in 1967 in Damascus. Abdah studied Geology at the Yarmouk University of Jordan and then he did a Master’s in Geophysics at the University of Newcastle in the UK. Before starting his political career, he worked as a manager in international companies operating in the field information technology. He is fluent in Turkish, English and Arabic.

In 2006, Abdah started to focus on more of his political activities. Moreover in the same year, with the participation of many activists from inside and outside Syria, he founded the Movement for Justice and Development which was opposed to the Assad regime. Soon after, he joined the Damascus Declaration and served as a representative of the Declaration abroad.

After the outbreak of the Syrian uprising, Abdah contributed to efforts aimed at the unification of the Syrian opposition in 2011 by co-founding the Syrian National Council. Following this process in 2012, Abdah played a major role in the establishment of the National Coalition of Syrian Revolution and Opposition Forces (SMDK) and joined the Coalition.

At the 46th Ordinary General Assembly held in Istanbul, instead of Abdurrahman Mustafa whose SMDK presidency term has expired, Anas Al Abdah has been elected as the new President of the SMDK (received 75 of the votes out of 82). He is also a member of the Syrian Constitutional Commission.