Who is Who?
Minister of Interior Affairs of the Syrian Interim Government: Colonel Mouhiuddin Harmoush 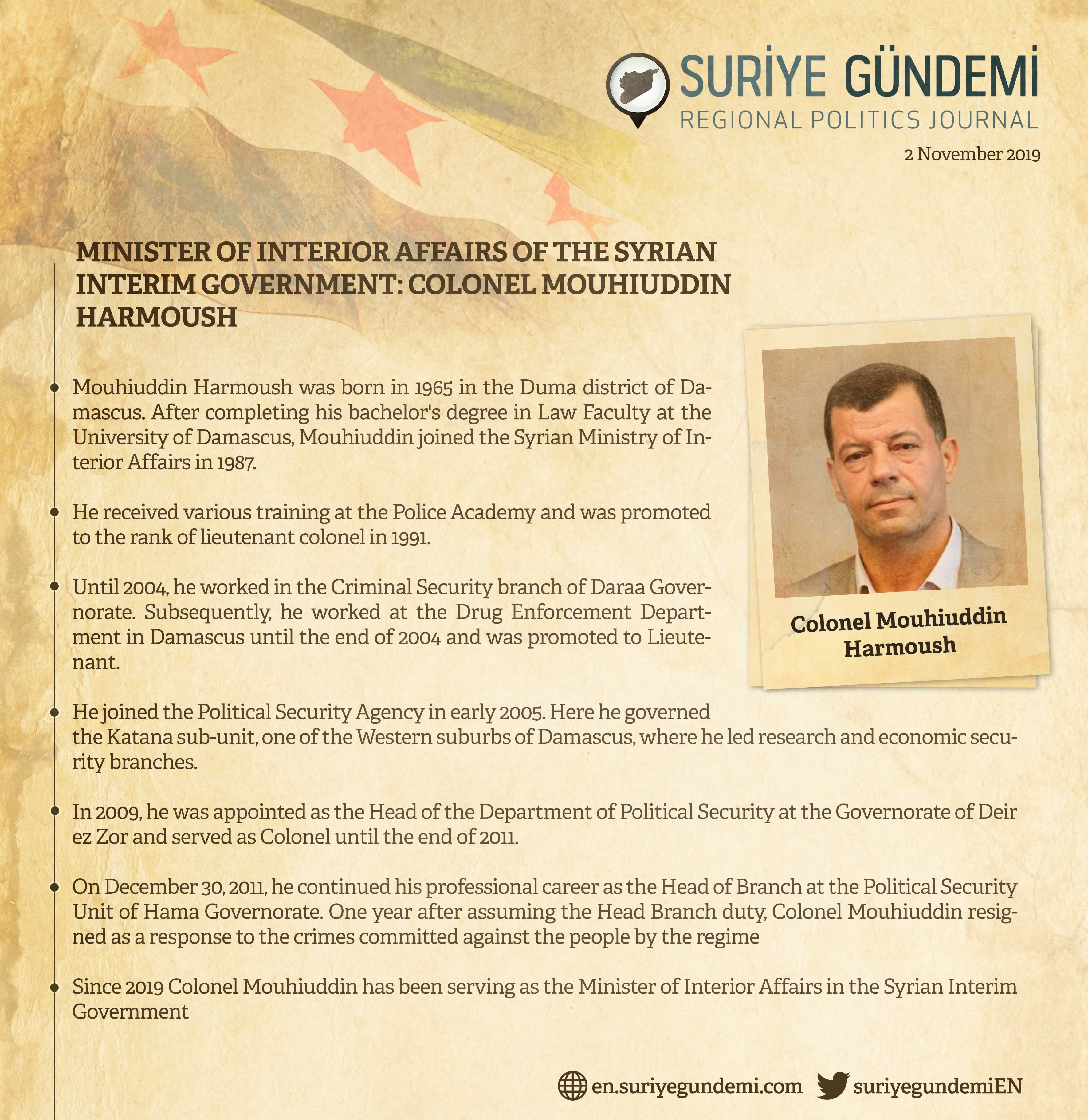 Mouhiuddin Harmoush was born in 1965 in the Duma district of Damascus. After completing his bachelor’s degree in Law Faculty at the University of Damascus, Mouhiuddin joined the Syrian Ministry of Interior Affairs in 1987.

He received various training at the Police Academy and was promoted to the rank of lieutenant colonel in 1991.

Until 2004, he worked in the Criminal Security branch of Daraa Governorate. Subsequently, he worked at the Drug Enforcement Department in Damascus until the end of 2004 and was promoted to Lieutenant.

He joined the Political Security Agency in early 2005. Here he governed the Katana sub-unit, one of the Western suburbs of Damascus, where he led research and economic security branches.

In 2009, he was appointed as the Head of the Department of Political Security at the Governorate of Deir ez Zor and served as Colonel until the end of 2011.

On December 30, 2011, he continued his professional career as the Head of Branch at the Political Security Unit of Hama Governorate. One year after assuming the Head Branch duty, Colonel Mouhiuddin resigned as a response to the crimes committed against the people by the regime