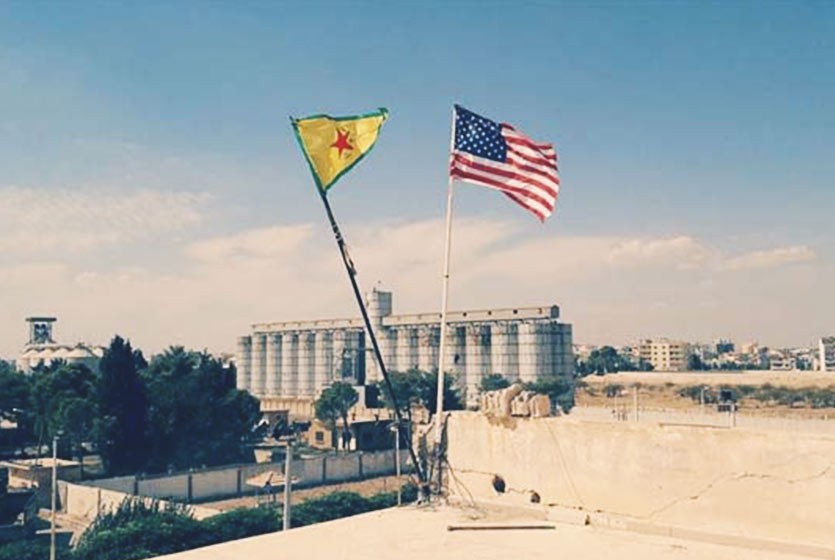 From the beginning of Syria’s armed conflict, the US never wanted to give Turkey any important role inside Syria. On several occasions, the US declined Turkey’s offer to clear DASESH along with its border and the important cities of Raqqa and Deir-ez-Zor[1]. On the other hand, the US clandestinely trained and armed the Peoples Protection Unit (YPG), the Syrian wing of terrorist organisation PKK. The US with its unequivocal patronage tried its best to provide this terror outfit the required legitimacy. When Turkey took a strong stand on US support of YPG on the grounds of fighting against DAESH, the US has rebranded the YPG in Syria with a new name, Syrian Democratic Front (SDF), by conscripting few Syrian Arabs and Turkmen.

SDF from the very beginning was a US tool to actually arm and establish the YPG to control the large swath of land in the West of Euphrates to eventually divide Syria on the ethnic lines. The entire plan was to block Turkey’s movement inside Syria and expurgate its reach to the Arab world by controlling the Syria’s border with Turkey.

Turkish President Erdogan clearly stated that “whoever invented DAESH is the one who established PYD”[2]. The US on grounds of fighting the DAESH then rebranded the YPG as SDF to strategically block its NATO partner Turkey’s regional access and its growing role in Middle Eastern politics. The US-created SDF is as democratic as the Democratic People’s Republic of Korea (North Korea).  Both use the common word “Democratic”, and it can be clearly understood from the statement of US Army General Raymond Thomas, the head of Special Operations Command, “I thought it was a stroke of brilliance to put democracy in them somewhere. But it gave them a little bit of credibility.”[3]

Under the guise of the NATO alliance and strategic partnership, the US plotted to sow the seed of a Terror State in northern Syria whereas northern Iraq was already infested with PKK terror for decades in the past. It is a well- known fact that the US has provided its support to terrorist and militant organizations across the world at many occasions in the recent history, its diabolical support to non-state terrorists has been prominent in Latin America, the Middle-East, Southern Africa, and Central Asia[4]. Both the trump administration and the previous Obama administration had made promises on many occasions which they never kept .When Turkey realized the US game plan in Syria, it first repaired its relationship with Russia and launched the Operation Euphrates Shield in August 2016 and cleared DAESH from Al-Bab region and handed over the area of 2225 square Km to Syrian Interim Government[5]. After evaluating that the Trump administration is following the footsteps of Obama in Syria, Turkey has begun the Operation Olive Branch in Afrin to clear the terrorist PKK/YPG from its border. It is expected that, sooner or later, Turkey would be able to clear Manbij also from the YPG in the same manner.

After Raqqa and Dier-ez-Zor areas were cleared from Daesh by the US-backed forces, with some fighting and more negotiated withdrawal of Daesh fighters by providing them safe passages, and when some normalcy returned in the YPG controlled areas, the Syrian Arab majority and the Turkmen minority of these areas started showing their resentment on YPG’s high-handedness in their own land[6]. Reports of demonstrations of local Arabs started emerging from Manbij and some other places.

It was apparently clear from the beginning that the anger among Arabs and Turkmen members within the superficial SDF group will rise against YPG once the Daesh is beaten. The first major breakthrough came with the defection of SDF brigadier general and spokesperson Talal Silo, an ethnic Turkmen commander who broke away with YPG in November last year and joined the Turkey backed FSA in Azaz[7].

First the US flatly failed to untie the organic link of YPG and PKK and later its SDF project was also fell flat. After failing, it made it as all-inclusive Syrian opposition group fighting against Assad, and finally its inconsistent attitude on terrorism and many promise breaks with Turkey put the US in a sticky situation.

Turkey succeeded in exposing the US bluff of SDF in Syria. By breaking this bluff, Turkey will be in a position to counter the US scheme of breaking Syria into mini-states in the same way it countered the US-Israeli plan of breaking of Iraq through KRG referendum in the Northern Iraq. If US succeeds in its plan of partitioning Syria and Iraq, this operation will definitely not stop in Levant and Iraq it will further fracture and balkanize the greater Middle East. The new Lawrences’ plan to do more Sykes-Picot in the Middle East will be operationlised on the ground, but there will be no easy cakewalk for the US, from now onward, it will have to face a tough resistance from Turkey in its devilish design to divide Syria. Unfortunately, there is no lack of lackeys in the Middle East even in the 21st century. It now remains to be seen how would be the overall Russian stance on US plan. Will Russia go beyond statements and help Turkey in preventing the division of Syria where Russia has already got more than it wished for? Russia has consolidated the Tartus Naval base and created the large Hmiemim military base in Latakia and soon will get Abu al-Duhur base in Idlib. Thus, the Russians have already got the fair share, so does the Iranians in Assad’s controlled areas which is well above the half of Syria’s total 185000 square Kms.[8] Fighting is still on in these de-escalation zones unlike the US- controlled area in the east of Euphrates which is relatively calm.

Unlike Manbij which is in US control, US did not show the strong interest against Turkish determination in Afrin as it was the Russians who helped YPG to wrest control of the Afrin canton.  The US will try to hold the territories to West of Euphrates as long as possible in order to consolidating its position in East of Euphrates area. After clearing Afrin and then possibly the Manbij, the obvious question will arise about the future of large area controlled by US- backed YPG.

It seems that before the beginning of a serious dialogue and three major parties sitting on the table, the Russian backed Assad regime will control around 55% land, the US backed YPG around 25%, and Turkey plus Syrian rebels will be controlling around 15-20% of Syria[9]. In its controlled area, Turkey will rehabilitate the Syrian refugee population presently in Turkey, which is around 3.5 million along with the recently displaced Syrians from Idlib, Hama and Aleppo countryside.

In their controlled area, the US and YPG have the population problem like the Iranians are facing in their adventure in Syria. In any case, the small Syrian Kurdish population can’t replace the large Arab population in the vast areas west of Euphrates[10]. As people will settle after the oyster of Daesh the Syrian Arabs will revolt against minority YPG rule over majority Arabs. Kurds still are a small minority in Afrin, Manbij and other YPG controlled areas.YPG has also committed lots of atrocities including ethnic cleansing to strengthen their control over majority Arabs. They forced the people to leave their homes and tried to inflict the demographic change by resettling the Kurds in these areas, and now friends- relatives of victims most probably made their truck ready to return to their homeland in Afrin and are waiting for Manbij, Raqqa and Deir-ez-Zor to be cleared from SDF-YPG.

The US has faced the formidable challenge in providing the legitimacy to the militias it has created. The US is not only facing challenges in media war but also has to confront the military and strategic counter moves from Turkey on the ground in Syria. Turkish military action in Manbij and West of Euphrates occupied by US- backed forces may face some obstacles due to significant presence of US military personnel supporting YPG but one thing is sure that US flip-flop on YPG/PKK/SDF in Syria has provided Turkey an opening to secure its national interests by practicing strategic autonomy out of collective NATO security architecture. 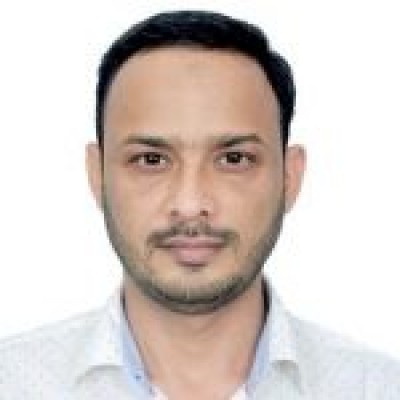 Maps
Gates Controlled by Foreign Countries or Factions in Syria