Who is Who?
Minister of Education of the Syrian Provisional Government: Dr. Huda al Abbasi 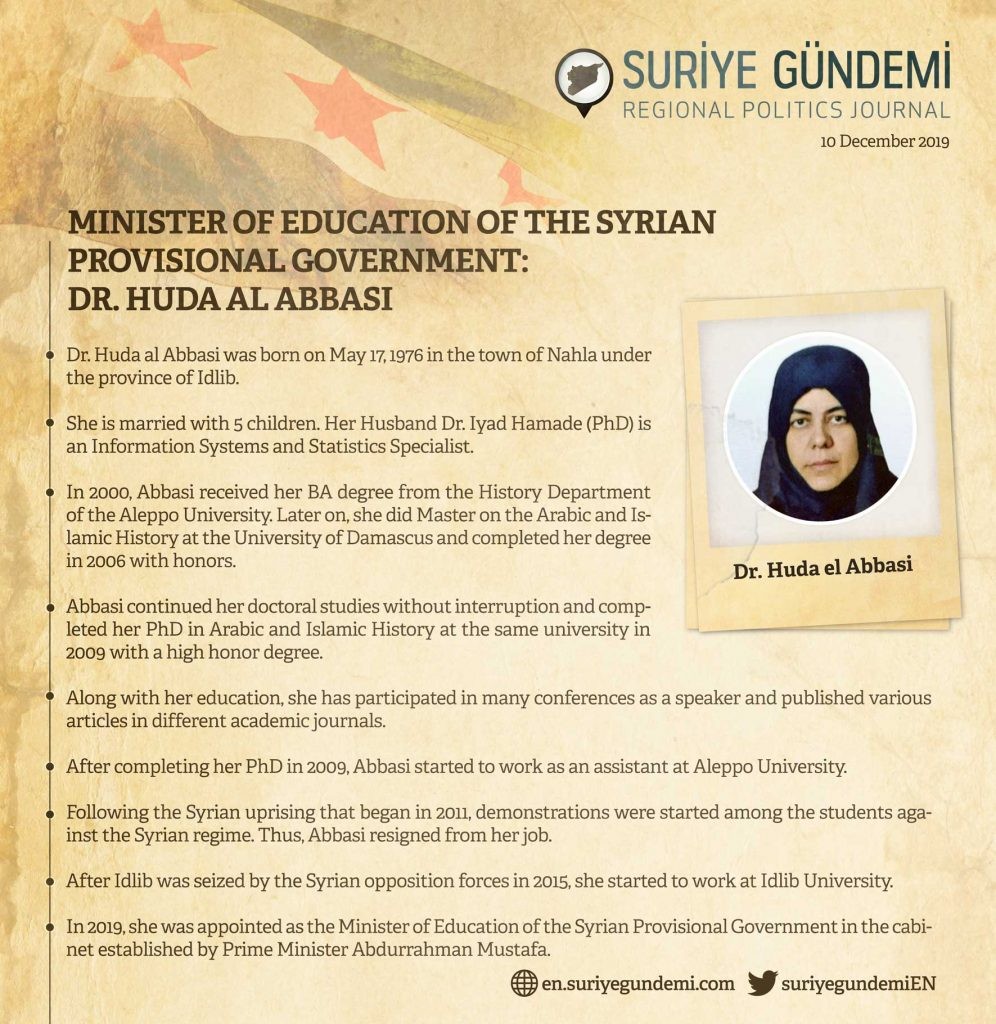 She is married with 5 children. Her Husband Dr. Iyad Hamade (PhD) is an Information Systems and Statistics Specialist.

In 2000, Abbasi received her BA degree from the History Department of the Aleppo University. Later on, she did Master on the Arabic and Islamic History at the University of Damascus and completed her degree in 2006 with honors.

Abbasi continued her doctoral studies without interruption and completed her PhD in Arabic and Islamic History at the same university in 2009 with a high honor degree.

Along with her education, she has participated in many conferences as a speaker and published various articles in different academic journals.

After completing her PhD in 2009, Abbasi started to work as an assistant at Aleppo University.

Following the Syrian uprising that began in 2011, demonstrations were started among the students against the Syrian regime. Thus, Abbasi resigned from her job.

After Idlib was seized by the Syrian opposition forces in 2015, she started to work at Idlib University.

In 2019, she was appointed as the Minister of Education of the Syrian Provisional Government in the cabinet established by Prime Minister Abdurrahman Mustafa.