Analysis
Criticism in Russia Towards The Assad Regime: Bad Economy, Corruption and Unwillingness for Political Reforms and Political Solution 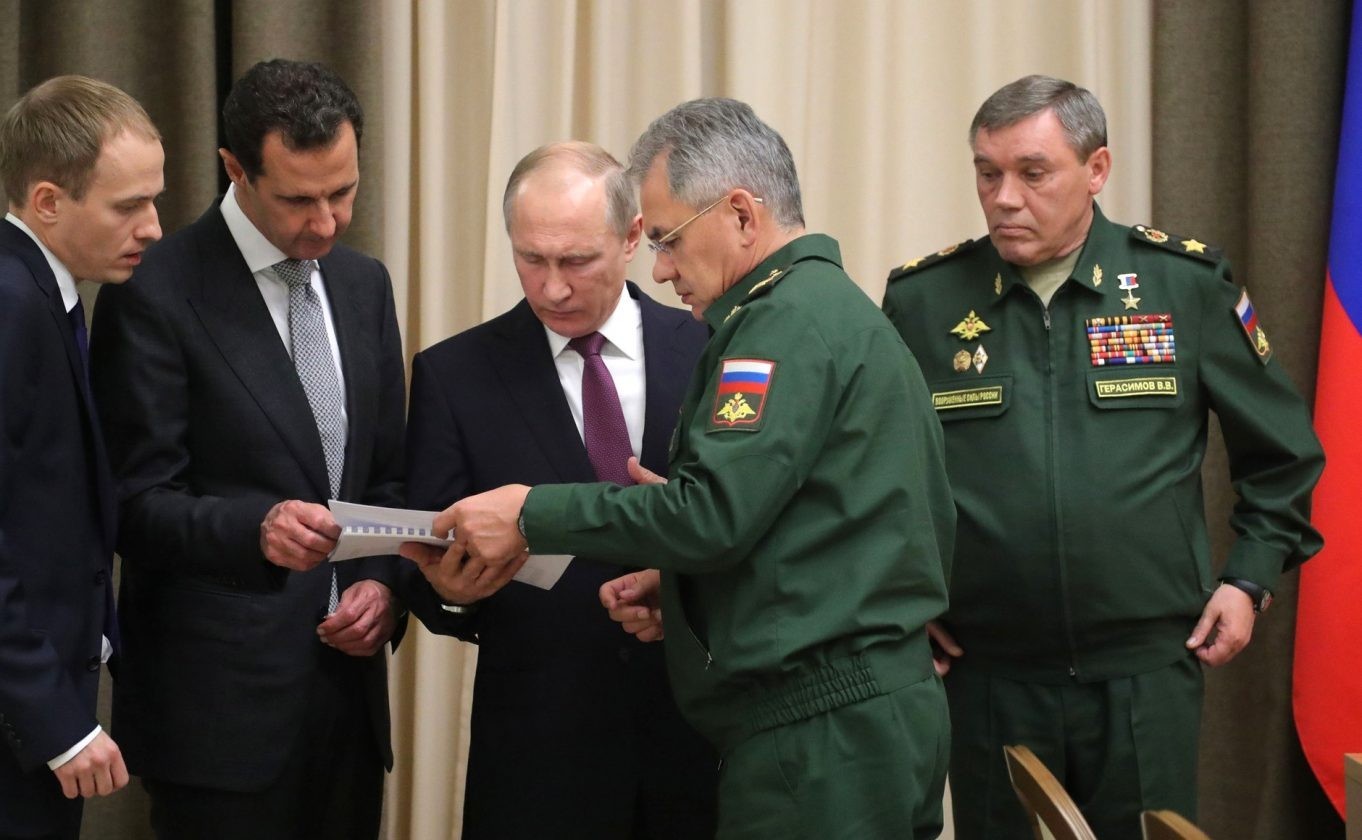 It has been over a week that several Russian (mainly pro-Kremlin) media outlets started publishing pieces criticizing Bashar al-Assad and his government. The criticism mainly evolves around the Assad regime’s economic deterioration derived from the regime’s inflexibility and unwillingness to change, as well as its severe corruption. Such a development in Russia- a country that strongly sided with Damascus in the on-going crisis from the very beginning- is rather surprising and could be opened for interpretation.

The pieces of Alexander Aksenyonok -a former diplomat who served in Syria under Hafez and an expert at the Valdai club- published by Kommersant.ru and Valdai club that underlined the fragility of the regime and its incapability of the reform were on the frontlines. On the other hand, RIA FAN (pro-Kremlin news outlet known to be run by Putin’s chef Prigozhin) was one of the first to start revealing articles concerning corruption in Assad-controlled Syria; having run 4-6 articles immensely criticizing Assad, most of them later disappeared. Yet, the one putting the spotlight on the money siphoning in the energy sector by Syria’s Premiere Imad Hamis still runs the front pages. Additionally, the same outlet published a survey carried out in April 2020 by a Russian state-run polling firm in Syria among 1,000 Syrians. The survey revealed Assad’s unpopularity among Syrian people with the overwhelming majority (41.3%) rating him negatively. Furthermore, 71.3% of the participants indicated corruption as the country’s major problem. Finally, Pravda.ru stood out bringing to the surface the fraudulent schemes and shadow mechanisms within Assad’s close circles; thus shared information of the most scandalous nature.

Threats to the Assad regime: Economic, not Military

Aksenyonok argues that the real challenge for Bashar al-Assad’s government lies in the economy, not in the terrorist threat as the latter often states. As the economic challenge faced by the regime combines a whole variety of factors: The prolonged war in the country, the financial crisis in Lebanon, US imposed sanctions, fall in global oil prices, and the latest COVID-19 crisis.

By bringing up numerical data Aksenyonok demonstrates the effects of a prolonged civil war in the country on its economy. Throughout the years of the Syrian Crisis, the country’s GDP fell from $55 billion to $20 billion a year. Thus, it can be assumed that the cost of restoring Syria (that is often estimated at $250 billion) will be at least 12 of the country’s current GDP. Moreover, throughout the war, the lives of 80% of Syrians fell below the poverty level, and life length was shortened by 20 years.

Apart from the long-imposed US and EU sanctions, the financial crisis in Lebanon comprehended the Syrian economy furthermore. The Lebanese banking sector, in which around a quarter of deposits belong to Syrian businesses (including the government-related ones), played the role, as Aksenyonok puts it, of a “gateway to the outside world” for Syria. Thus, with the introduction of currency restrictions in Lebanon the import of essential goods to Syria slowed down, which essentially resulted in the fall of the Syrian pound.

Furthermore, the economic condition of the regime was jeopardized by the outbreak of coronavirus. With the health system having been undermined throughout the years of a political turmoil, a lack of trained medical personnel, medicines, and proper equipment, along with a high population density in the urban areas and refugee camps, makes the possible spread of the virus unbearable.

Having stated this, Aksenyonok urges Damascus to assess risks adequately and to evince flexibility, since a new military reality cannot be sustainable without economic reconstruction and political reform, especially in the light of 2021 presidential elections. Yet, Aksenyonok assumes that Damascus is incapable of demonstrating flexibility and continues to rely on the military solution with the help of its allies, “as in the old days of the Soviet-American confrontation in the Middle East.”

With the country being divided into spheres of external influence, the last military clashes in Idlib showed the limits of the regime’s ability in its desire to re-establish sovereignty over the entire territory. Additionally, Aksenyonok states that Assad’s main ally Russia has also reached the limit of compromise on the diplomatic track with Turkey. Hence reaching a compromise is hardly plausible with the resistance of Damascus to substantial reforms. Both unwillingness and inability of Damascus to establish a system capable of providing a transition from a “war economy” to normal trade and economic relations become more and more visible.

Even in the regime-controlled territories “the laws of their own kind” are applied. Bribes from trade and transit, which benefit the human chains made up of the army and security service officials, as well as loyal to the regime entrepreneurs as well as those who have got enriched during the war. As Aksenyonok puts it, the war produced centers of influence and “shadow organizations” that are not interested in the transition to peaceful development or any kind of reform. Finally, the former diplomat and Valdai club expert Aksenyonok emphasize the need to achieve a settlement between the Syrians themselves in the international legal framework; for which Damascus does not seem to be ready at the moment.

The pieces of a more scandalous nature, bringing up to the surface the fraudulent corruption schemes and shadow money-siphoning mechanisms within Damascus leadership, were published by RIA FAN and Pravda.ru. The latter contains the material meticulously explaining how Bashar al-Assad and his associates mired in corruption.

Hence, Petr Deryabin in his article for Pravda.ru elaborates on the challenges undermining Syria’s economic situation. Yet here, the emphasis is put on the high-level corruption in the regime’s top leadership as one of the major causes behind the economy’s deterioration. Deryabin grounded his argument on several specific cases of shadow mechanisms. One of the primary examples of a corruption scheme concerns Syria’s energy sector, in which the regime’s Prime Minister Imad Khamis is the main operator. Occupying the post of Minister of Energy until 2016, he managed to build a human chain allowing him to redirect funds from gas and oil production from the state budget. Similarly, money transaction from the latest 2019 contract for the electricity supply to Lebanon fell into the analogous shadow circulation and was withdrawn abroad.

The Imad Khamis’ fraud in the energy sector recently became mostly mentioned in the case of corruption in the Russian media. However, apart from it, the cases involving Bashar al-Assad’s close relatives are frequently circulating. For instance, in September 2019, a scandal broke out in the Assad family after he placed his cousin Rami Makhlouf under house arrest for inappropriate behavior of his son, Mohammed Makhlouf, for boating of the family wealth in social media.

The Assad’s “corruption list is not limited to the aforementioned cases involving figures such as Hafez Makhlouf, Maher Assad, Katharaji brothers, and more; on the affairs of which Russian media have started systematically elaborating on.

Even though some Russian outlets have significantly departed from their traditional “treatment” of Damascus, none of them undermines its legitimacy but rather blames it for a current economic decline. By doing so, they (i.e. Russian outlets) refer to the regime’s excessive reliance on the military solution and allies as well as its unwillingness (or incapability) to make any essential step neither towards a political solution of the crisis nor towards normalization of the economy.