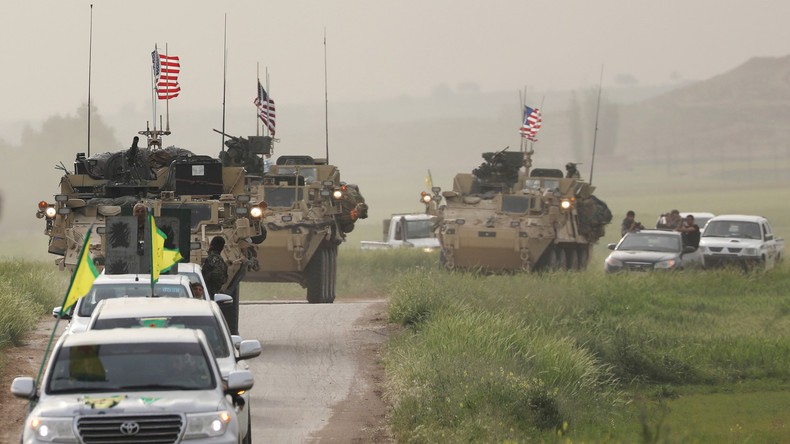 In the early stages of the Syrian uprising beginning in 2011 with the impact of the Arab Spring, the US —providing military and political support for the Syrian dissidents— held the position that the Assad Regime had lost its legitimacy and should be toppled by a coalition that  excluded countries like Russia and Iran. However, since the Iraqi-born Islamic State expanded its operations into Syria, the US changed its policy and took steps  that resulted in the sustaining of the Assad Regime rather than supporting the dissidents. The US began to support the PYD/YPG in the fight against ISIS and slowly brought the PYD/YPG to the center of Syrian political sphere. During this ongoing process, and following the US election resulting in the Trump administration, the PYD/YPG’s position was strengthened by the Pentagon/CENTCOM-designed US strategy. The US, looking to derive benefit from this conflict between terror organizations, tried to expand its sway along the Syrian-Iraqi border through Manbij on the east-west axis, and the territories of Raqqa and Deir Ezzor to the  east of the Euphrates River in the south.

Relating to this strategy, it has been argued that the PYD/YPG represents all Syrian Kurds. This was done by masking the group’s affiliation with the PKK and portraying it as a organization separate from the PKK. Turkey has responded to these moves by the US with Operation Euphrates Shield,  the Astana Process, and currently, with  Operation Olive Branch , while the US continues to support the PYD/YPG terror organization which threatens both Turkey’s national security and Syria’s territorial integrity.

The series of civil rebellion initiated by the Tunisian Uprising-caused a domino effect throughout the Middle East and a breakdown of the century-long status quo. Iraq and Syria were the countries most affected  US occupation. Both countries remained stuck between the remnants of their old regimes and the chaotic circumstances of this new era, entering a hybrid period in which state authority was eroded and non-state actors flourished. As the PKK’s Syrian organization, the PYD/YPG took advantage of this chaotic environment and gained power south of the Turkish border. The Syrian Regime supported the PYD/YPG in order to dominate   more opposition-oriented Kurds and use the PKK as a means to threaten Turkey.

In this context, at the beginning of 2012, the YPG took control of the Hasakah region starting with Qamishli by repressing other groups, and built military fortifications in the area immediately after the withdrawal of Regime-aligned forces from al-Hasakah, Ayn al-Arab (Kobanî) and Afrin. After consolidating its control in these territories, the YPG bypassed Kurdish dissidents and set their target on the Syrian rebels.

In the first days of January 2014, ISIS occupied a large portion of Syrian territory previously controlled by the rebels including Raqqa, al-Hasakah, the east of Aleppo and the north of the country east of the Kurdish-controlled territory along the Turkish border after which it started to attack the YPG . After occupying a substantial area of YPG territory, ISIS targeted Ayn al-Arab in the midst of 2014. In the face of these attacks, the PYD administration, and particularly Salih Muslim, sought international support and requested weapons from the US and the coalition against ISIS while nearly three hundred thousand civilians were taking refuge in Turkey. The US helped the PYD by launching an intense campaign of airstrikes against ISIS targets in Ayn al-Arab and supplied the YPG with weapons and ammunition.

With the intervention of the US, ISIS lost ground in the area and was repelled from Ayn al-Arab. This “Kobanî experience” proved that the US could turn the YPG into a useful land force against ISIS, while also signifying the importance of US support to the YPG . This military relationship gradually progressed and became evident in Tell Abyad and in other regions. Nevertheless, it didn’t take long for the PYD/YPG terror organization to terrorize the regions it occupied as did ISIS before. The PYD/YPG forcibly migrated Arab and Turkmen dissidents in al-Hasakah and Raqqa including in the Tell Abyad region by exploiting the advantage it derived from its engagement with the US and the Assad Regime. The group engaged in demographic engineering in the occupied regions. The PYD/YPG aimed to set up easily managed region in the occupied territory by means of oppressive actions, many of which constitute war crimes, such as the burning of villages, confiscation of property, extreme prejudice and mass sentencing, the result of which has been the  changing of the demographic structure. These actions, having been reported by human rights organizations, were not sufficient to change the US position, which sustained its engagement with the terrorist organization.

As the US continues to be suspicious of dissidents , especially those of an Islamic-orientation, which it considered inconvenient and keeps at arm’s length, it has taken measures to prohibit other countries’ support for these organizations as well. As opposed to this, the US did not hesitate to give its limitless support to the PKK’s Syria organization, the PYD/YPG. Out of approximately seventeen hundred US airstrikes, twelve hundred of them were conducted in support of the YPG against ISIS. Moreover, it has been confirmed that the US did not provide air support for dissidents while they were fighting against ISIS.

As the US increasingly came under criticism —especially from Turkey—  for its engagement with a terrorist organizations, it tried to veil the PKK/YPG by creating an alliance called the Syrian Democratic Forces (SDF), on the  11th of October, 2015. The SDF consisted of such forces as the Syriac Military Council, Jaysh al-Suwar, Liwa Suwar ar- Raqqa, Liwa al-Tahrir and al- Sanadid. However, as CENTCOM commanders confessed, this organization was planned directly by the US as an organization working under the control of the YPG. The US conducted military operations  under the organization’s name in order to give the impression that it supported the SDF instead of the YPG.

In this period, President Barack Obama sent US Special Operations Forces to the area in order to train SDF/YPG fighters . Appointed by President Obama as The Special Presidential Envoy for the Global Coalition to Counter ISIS, Brett McGurk paid numerous official visits to the area and held talks with the SDF/YPG. The US set up two bases in the area which are controlled by PYD. In July 2016, after the Ayn al-Arab base  was set up, another airbase began operation in Rimelan, a region close to Hasakah . Within that period, the quantity and quality of the weapons provided to the SDF/YPG bagan to increase. Despite the objections of Turkey, Manbij, a strategic region on the west bank of the Euphrates River, was occupied by the US-SDF/YPG alliance on May 31, 2016.

After occupying Manbij, the YPG’s main objective became the capture of the Jarabulus-al Bab region, thus expanding and consolidating its territory through unification with the Afrin Canton.However, Turkey’s Euphrates Shield Operation successfully countered this move, and the Trump administration heralded a new period for both Turkish-US and US-PKK/PYD relations. Contrary to Turkey’s expectations, Trump gave the Pentagon and CENTCOM (whose priority was maintaining the relations with YPG) full responsibility of Syrian policy. After the major US initiative to occupy Raqqa through the YPG/SDF whom it equipped with heavy arms and supported with heavy land and air support, this was also left to the YPG. The US assisted the YPG/SDF in gaining ground to the east of the Euphrates River —simultaneously with its move in Deir ez-Zor and Raqqa— to seize the main oil fields and natural gas reserves and to ensure that the Iraqi border remained unchanged.

The US has made all of its investments in Syria on the PKK-affiliated SDF/YPG in order to redesign the region from within boundaries running from the Syria-Iraq border to Manbij on the east-west, and along the eastern bank of the Euphrates River south of Raqqa and Deir ez-Zor. The US is currently caught in a snag and has become deadlocked in the region as Turkey, Russia and Iran challenge American maneuvers on different fronts. 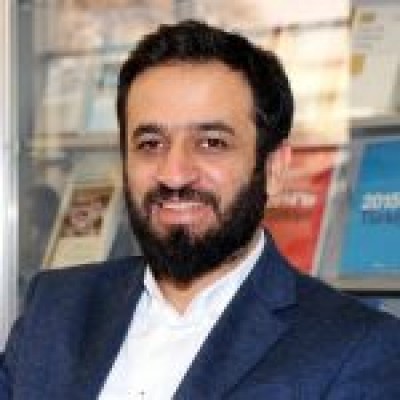