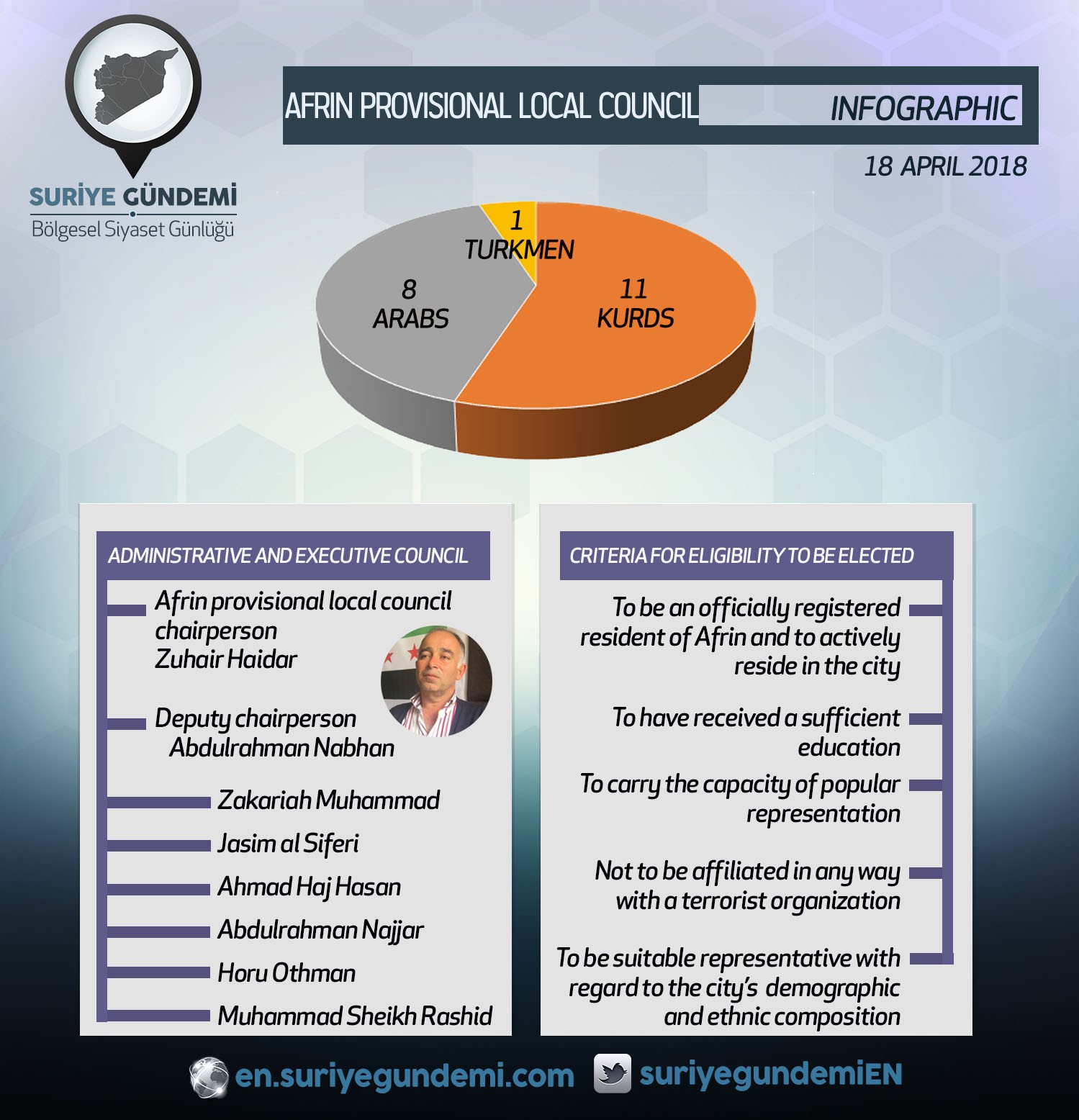 The Afrin Provisional Local Council was established through the election of 20 representatives from 380 candidates. The council comprises of 11 Kurds, 8 Arabs, and 1 Turkmen.

As a member of the National Coalition for Syrian Revolution and Opposition Forces, the Afrin council will operate under the Local Council of Aleppo.

The criteria for eligibility to be elected as a representative of the council are as follows:

Chairperson of Afrin Provisional Local Council Zuhair Haidar said during a press conference, “We can conduct a more democratic election with the participation of all residents of Afrin. We will govern ourselves. We will not be governed by those coming here from Kandil, or from anywhere else.”