Who is Who?
Ali Akbar Velayeti: Iran’s Foreign Minister of Crisis 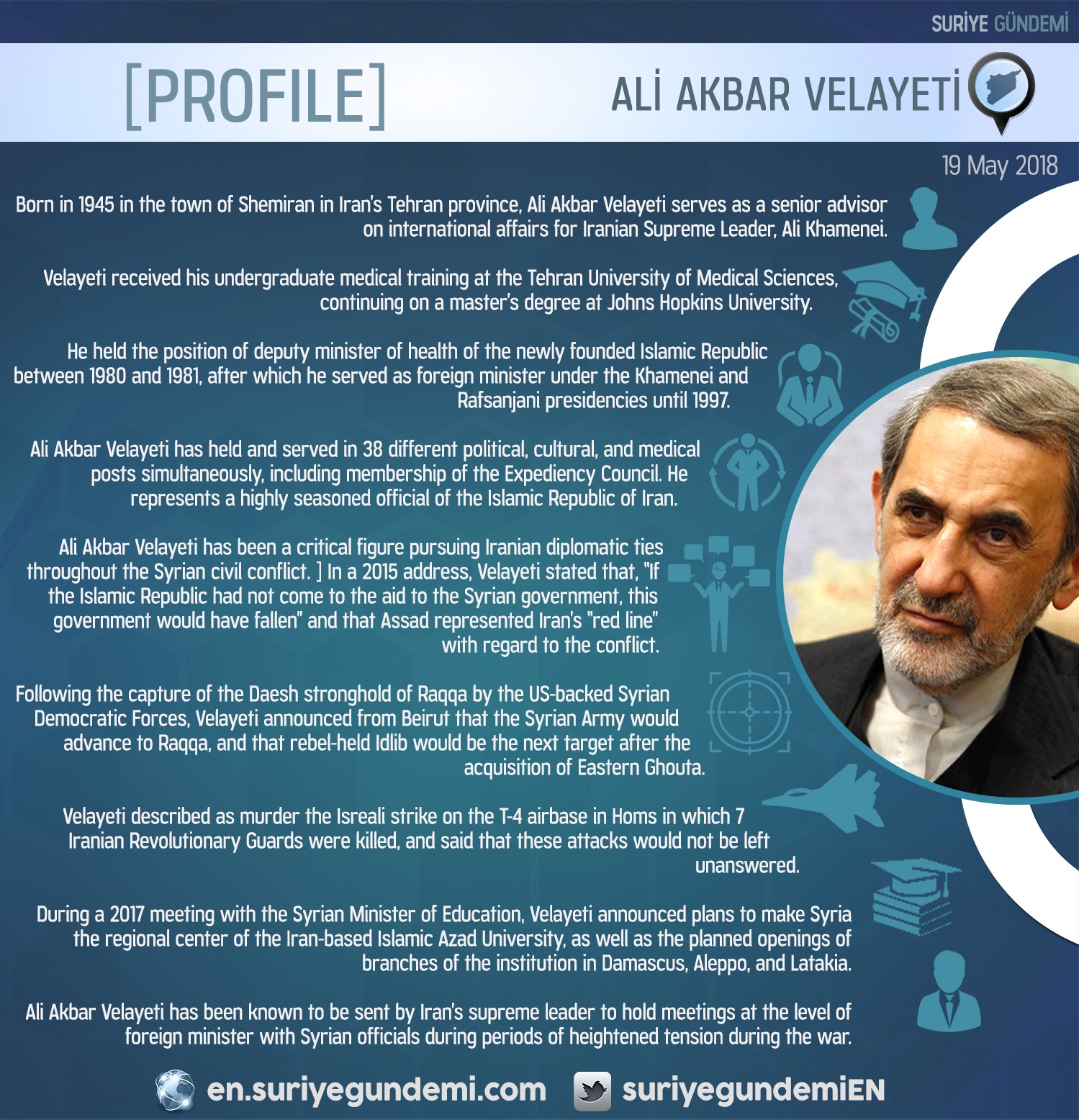 Born in 1945 in the town of Shemiran in Iran’s Tehran province, Ali Akbar Velayeti serves as a senior advisor on international affairs for Iranian Supreme Leader, Ali Khamenei. Velayeti received his undergraduate medical training at the Tehran University of Medical Sciences, continuing on a master’s degree at Johns Hopkins University. He held the position of deputy minister of health of the newly founded Islamic Republic between 1980 and 1981, after which he served as foreign minister under the Khamenei and Rafsanjani presidencies until 1997.[1] Having held and served in 38 different political, cultural, and medical posts simultaneously, including membership of the Expediency Council, Ali Akbar Velayeti represents a highly seasoned official of the Islamic Republic of Iran.[2]

Ali Akbar Velayeti has been a critical figure pursuing Iranian diplomatic ties throughout the Syrian civil conflict. In 2015, Velayeti stated “Were we not facing the enemy in Syria, we would be fighting them in Iran” adding, “America believes that Syria is the weak link of the axis of resistance, whereas it is its golden link”. [3] In a different statement, Velayeti said, “If the Islamic Republic had not come to the aid to the Syrian government, this government would have fallen” and that Assad represented Iran’s “red line”. [4]

Following the capture of the Daesh stronghold of Raqqa by the US-backed Syrian Democratic Forces, Velayeti announced from Beirut that the Syrian Army would advance to Raqqa[5], and that rebel-held Idlib would be the next target after the acquisition of Eastern Ghouta.[6]

Velayeti described as murder the Isreali strike on the T-4 airbase in Homs in which 7 Iranian Revolutionary Guards were killed, and said that these attacks would not be left unanswered.[7]

During a 2017 meeting with the Syrian Minister of Education, Velayeti announced plans to make Syria the regional center of the Iran-based Islamic Azad University, as well as the planned openings of branches of the institution in Damascus, Aleppo, and Latakia. The Islamic Azad University currently has overseas branches in Lebanon, Afghanistan, the UK, and the UAE.[8]

Ali Akbar Velayeti has been known to be sent by Iran’s supreme leader to hold meetings at the level of foreign minister with Syrian officials during periods of heightened tension during the war. Velayeti’s diplomatic visits to Beirut, Baghdad, and Damascus have been more frequent than those of Iran’s Foreign Minister, Javad Zarif.