Who is Who?
Asya Abdullah 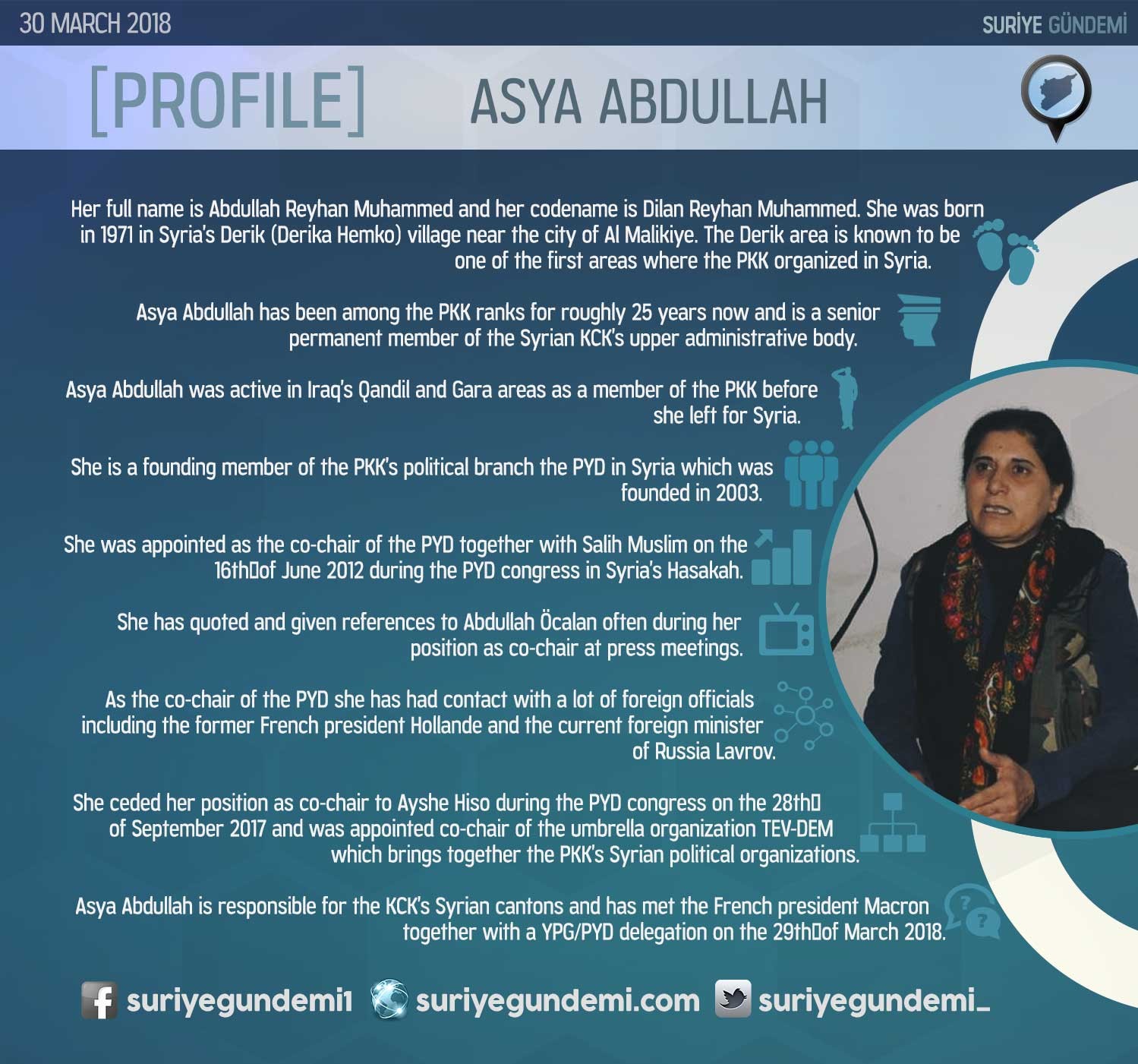 Her full name is Abdullah Reyhan Muhammed and her codename is Dilan Reyhan Muhammed. She was born in 1971 in Syria’s Derik (Derika Hemko) village near the city of Al Malikiye. The Derik area is known to be one of the first areas where the PKK organized in Syria.

Asya Abdullah has been among the PKK ranks for roughly 25 years now and is a senior permanent member of the Syrian KCK’s upper administrative body.

Asya Abdullah was active in Iraq’s Qandil and Gara areas as a member of the PKK before she left for Syria.

She is a founding member of the PKK’s political branch the PYD in Syria which was founded in 2003.

She was appointed as the co-chair of the PYD together with Salih Muslim on the 16th of June 2012 during the PYD congress in Syria’s Hasakah.

She has quoted and given references to Abdullah Öcalan often during her position as co-chair at press meetings.

As the co-chair of the PYD she has had contact with a lot of foreign officials including the former French president Hollande and the current foreign minister of Russia Lavrov.

She ceded her position as co-chair to Ayshe Hiso during the PYD congress on the 28th of September 2017 and was appointed co-chair of the umbrella organization TEV-DEM which brings together the PKK’s Syrian political organizations.

Asya Abdullah is responsible for the KCK’s Syrian cantons and has met the French president Macron together with a YPG/PYD delegation on the 29th of March 2018.