Who is Who?
Ayshe Hiso 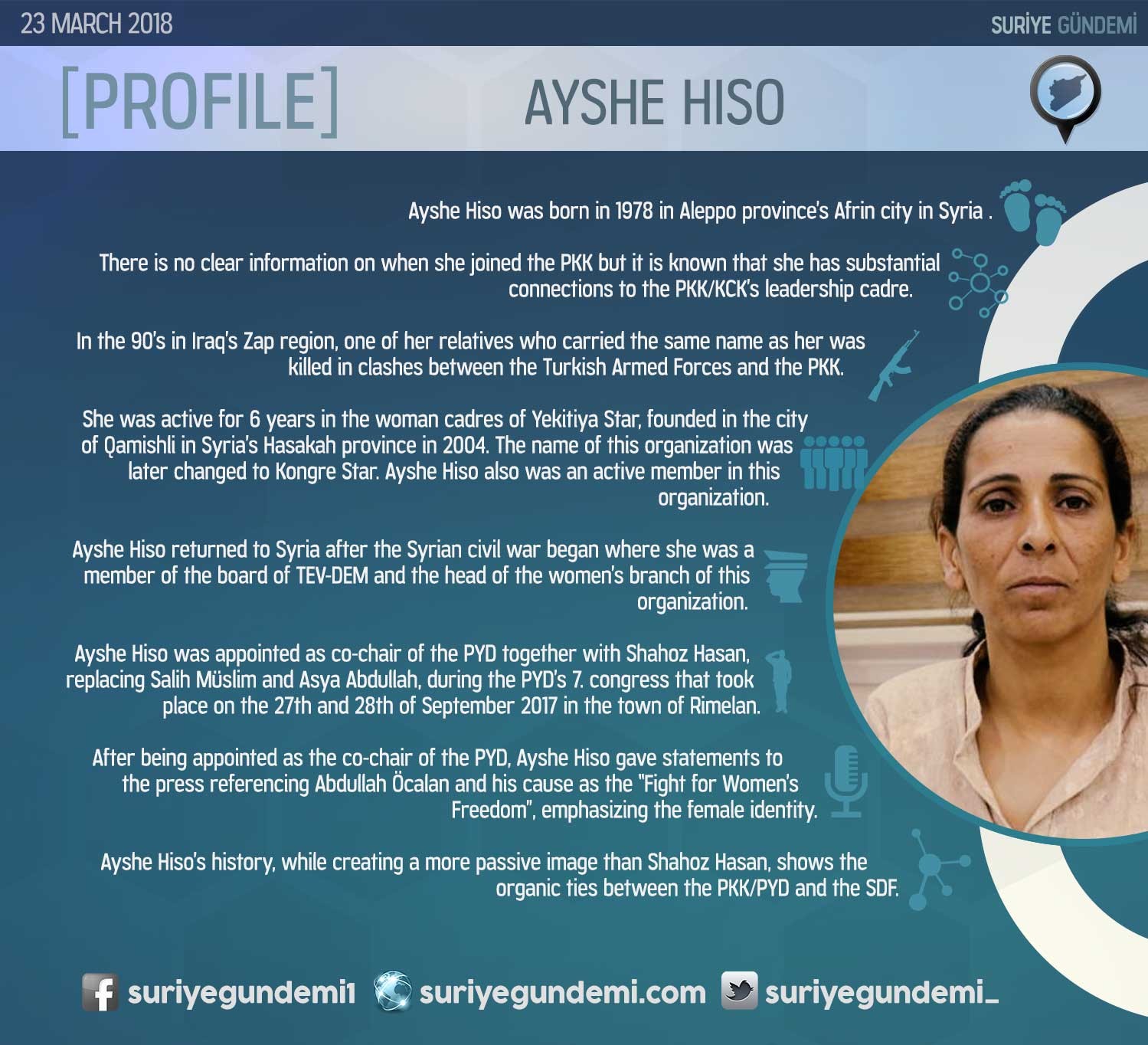 Ayshe Hiso was born in 1978 in Aleppo province’s Afrin city in Syria .

There is no clear information on when she joined the PKK but it is known that she has substantial connections to the PKK/KCK’s leadership cadre.

In the 90’s in Iraq’s Zap region, one of her relatives who carried the same name as her was killed in clashes between the Turkish Armed Forces and the PKK.

She was active for 6 years in the woman cadres of Yekitiya Star, founded in the city of Qamishli in Syria’s Hasakah province in 2004. The name of this organization was later changed to Kongre Star. Ayshe Hiso also was an active member in this organization.

Ayshe Hiso returned to Syria after the Syrian civil war began where she was a member of the board of TEV-DEM and the head of the women’s branch of this organization.

Ayshe Hiso was appointed as co-chair of the PYD together with Shahoz Hasan, replacing Salih Müslim and Asya Abdullah, during the PYD’s 7. congress that took place on the 27th and 28th of September 2017 in the town of Rimelan.

After being appointed as the co-chair of the PYD, Ayshe Hiso gave statements to the press referencing Abdullah Öcalan and his cause as the “Fight for Women’s Freedom”, emphasizing the female identity.

Ayshe Hiso’s history, while creating a more passive image than Shahoz Hasan, shows the organic ties between the PKK/PYD and the SDF.