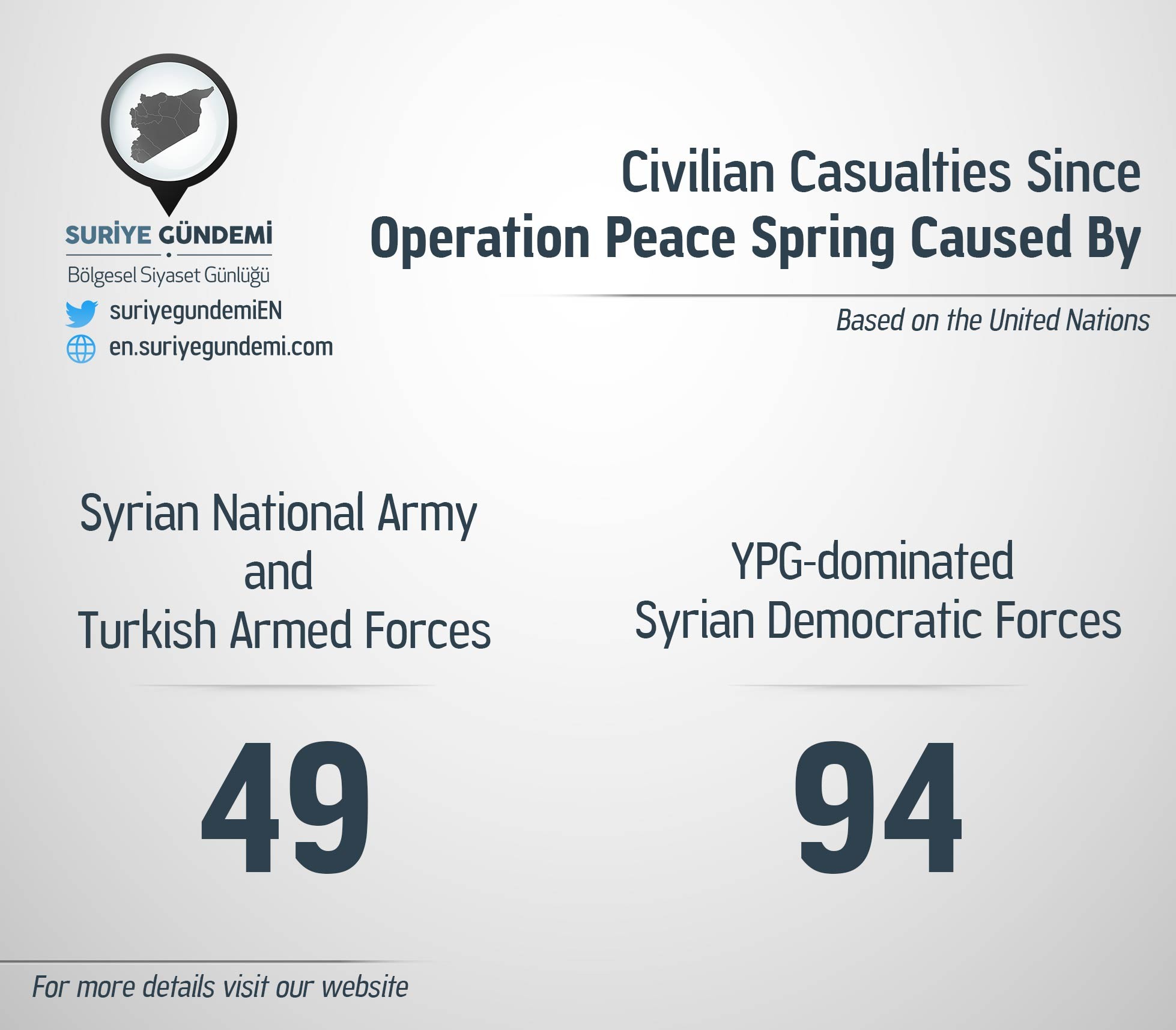 Civilian casualties have been a major problem of the wars of our time, including the current Operation Peace Spring conducted by the Syrian National Army and the Turkish Armed Forces against the YPG-dominated Syrian Democratic Forces. Since the beginning of the operation, the Turkish Armed Forces and the Syrian National Army is responsible for the death of 49 civilians. The YPG-dominated Syrian Democratic Forces as defenders have killed 94 civilians until the date of writing. The Under Secretary-General for Humanitarian Affairs and Emergency Relief Coordinator Mark Lowcock stated: “OHCHR also verified that 31 civilians were killed by IEDs or explosive remnants of war.” While Lowcock only sums the deaths caused by IEDs planted by the YPG, the actual number of civilians killed by the YPG is higher as at least 21 civilians living in Turkey were killed by several cross-border attacks of the YPG, and at least 42 civilians were killed by car bomb attacks who were blamed on the YPG and Daesh did not claimed responsibility. On 23 October 2019, a car bomb led to the death of at least two civilians in Suluq. A car bomb in Hamam Turkmen on 25 October 2019 resulted in the death of at least one civilian. The death toll of the car bomb attack on Tal Abyad on 2 November 2019 was reportedly 13 civilians. In another car bomb attack in Suluq near Tal Abyad on 10 November 2019, at least 8 civilians were killed. At least 18 civilians died due to the car bomb attack in Al-Bab on 16 November. On the other side, Lowcock said: “OHCHR has verified reports that 49 civilians have been killed by a combination of air strikes, ground-based strikes, sniper fire, and executions carried out by armed groups.”