Who is Who?
Dr. Muhammed Wajih Juma: President of the Syrian Turkmen Assembly 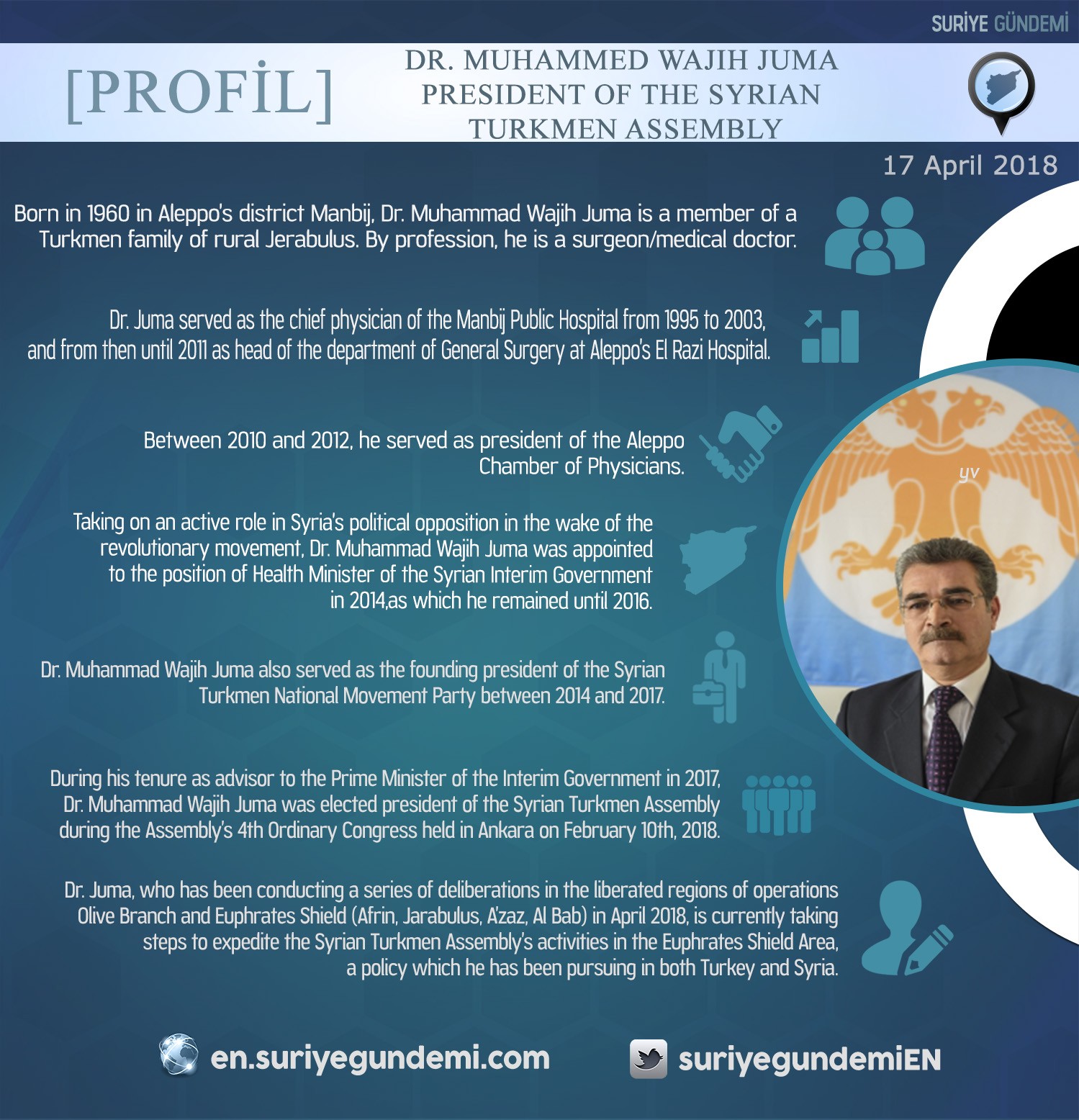 Born in 1960 in Aleppo’s district Manbij, Dr. Muhammad Wajih Juma is a member of a Turkmen family of rural Jerabulus. By profession, he is a surgeon/medical doctor.

Dr. Juma served as the chief physician of the Manbij Public Hospital from 1995 to 2003, and from then until 2011 as head of the department of General Surgery at Aleppo’s El Razi Hospital.

Between 2010 and 2012, he served as president of the Aleppo Chamber of Physicians.

Taking on an active role in Syria’s political opposition in the wake of the revolutionary movement, Dr. Muhammad Wajih Juma was appointed to the position of Health Minister of the Syrian Interim Government in 2014, as which he remained until 2016.

Dr. Muhammad Wajih Juma also served as the founding president of the Syrian Turkmen National Movement Party between 2014 and 2017.

During his tenure as advisor to the Prime Minister of the Interim Government in 2017, Dr. Muhammad Wajih Juma was elected president of the Syrian Turkmen Assembly during the Assembly’s 4th Ordinary Congress held in Ankara on February 10th, 2018.

Dr. Juma, who has been conducting a series of deliberations in the liberated regions of operations Olive Branch and Euphrates Shield (Afrin, Jarabulus, A’zaz, Al Bab) in April 2018, is currently taking steps to expedite the Syrian Turkmen Assembly’s activities in the Euphrates Shield Area, a policy which he has been pursuing in both Turkey and Syria.