Who is Who?
Future Syria Party 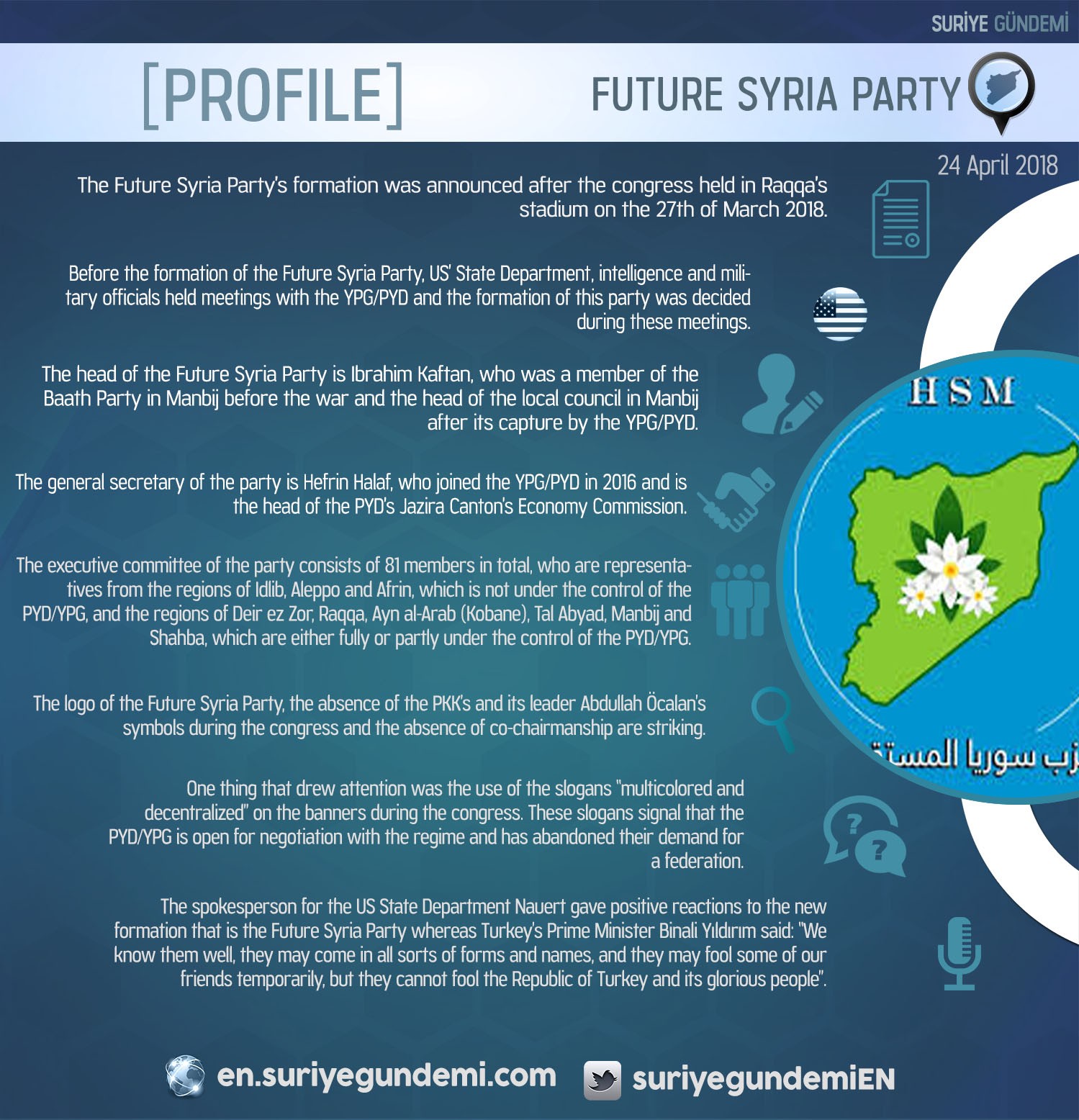 The Future Syria Party’s formation was announced after the congress held in Raqqa’s stadium on the 27th of March 2018.

The head of the Future Syria Party is Ibrahim Kaftan, who was a member of the Baath Party in Manbij before the war and the head of the local council in Manbij after its capture by the YPG/PYD.

The general secretary of the party is Hefrin Halaf, who joined the YPG/PYD in 2016 and is the head of the PYD’s Jazira Canton’s Economy Commission.

The logo of the Future Syria Party, the absence of the PKK’s and its leader Abdullah Öcalan’s symbols during the congress and the absence of co-chairmanship are striking.

One thing that drew attention was the use of the slogans “multicolored and decentralized” on the banners during the congress. These slogans signal that the PYD/YPG is open for negotiation with the regime and has abandoned their demand for a federation.

The spokesperson for the US State Department Nauert gave positive reactions to the new formation that is the Future Syria Party whereas Turkey’s Prime Minister Binali Yıldırım said: “We know them well, they may come in all sorts of forms and names, and they may fool some of our friends temporarily, but they cannot fool the Republic of Turkey and its glorious people”.