Who is Who?
Hevi Ibrahim Mustefa 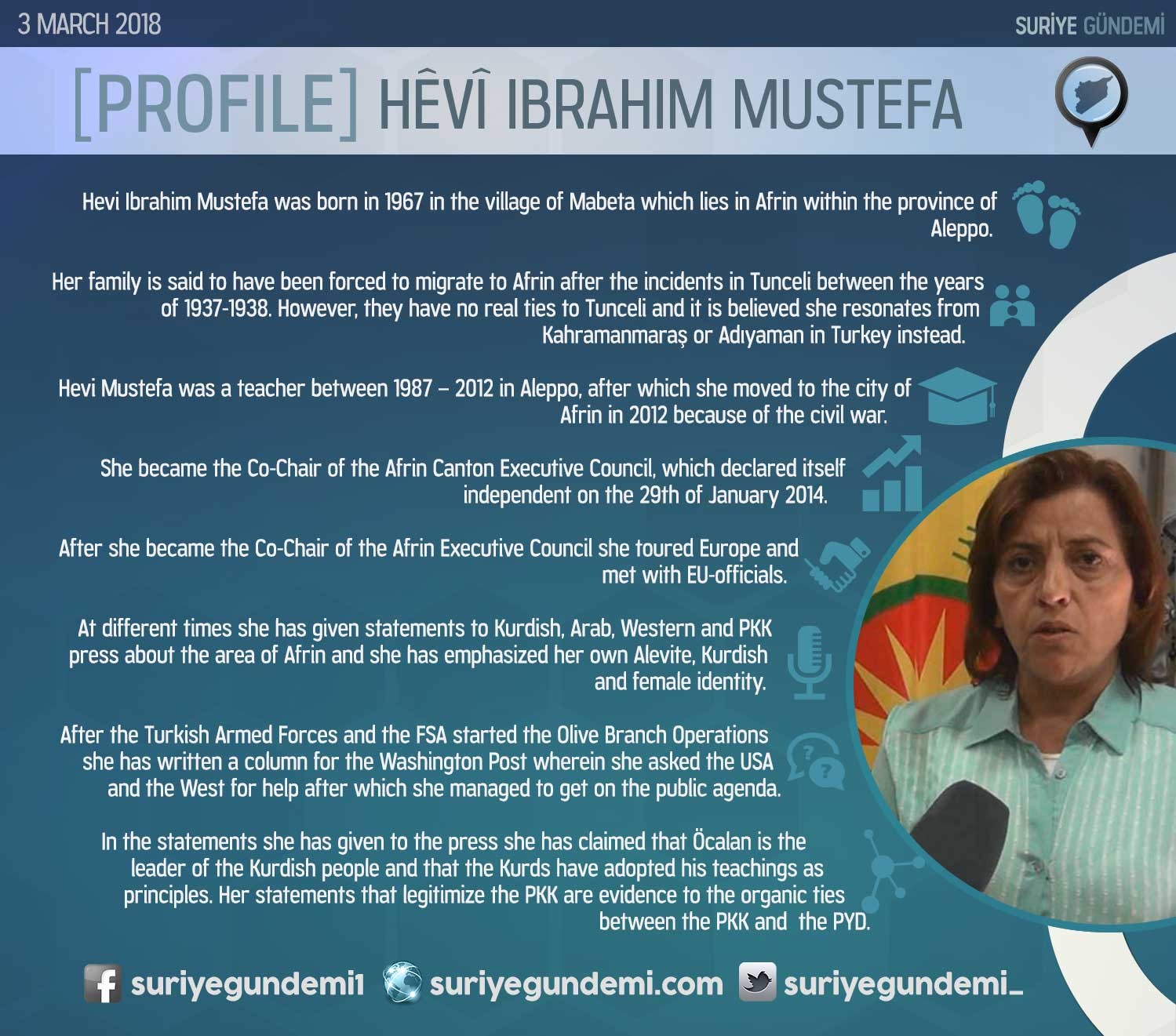 Hevi Ibrahim Mustefa was born in 1967 in the village of Mabeta which lies in Afrin within the province of Aleppo.

Her family is said to have been forced to migrate to Afrin after the incidents in Tunceli between the years of 1937-1938. However, they have no real ties to Tunceli and it is believed she resonates from Kahramanmaraş or Adıyaman in Turkey instead.

She became the Co-Chair of the Afrin Canton Executive Council, which declared itself independent on the 29th of January 2014.

After she became the Co-Chair of the Afrin Executive Council she toured Europe and met with EU-officials.

At different times she has given statements to Kurdish, Arab, Western and PKK press about the area of Afrin and she has emphasized her own Alevite, Kurdish and female identity.

After the Turkish Armed Forces and the FSA started the Olive Branch Operations she has written a column for the Washington Post wherein she asked the USA and the West for help after which she managed to get on the public agenda.

In the statements she has given to the press she has claimed that Öcalan is the leader of the Kurdish people and that the Kurds have adopted his teachings as principles. Her statements that legitimize the PKK are evidence to the organic ties between the PKK and  the PYD.