Who is Who?
Huseyin Hamedani 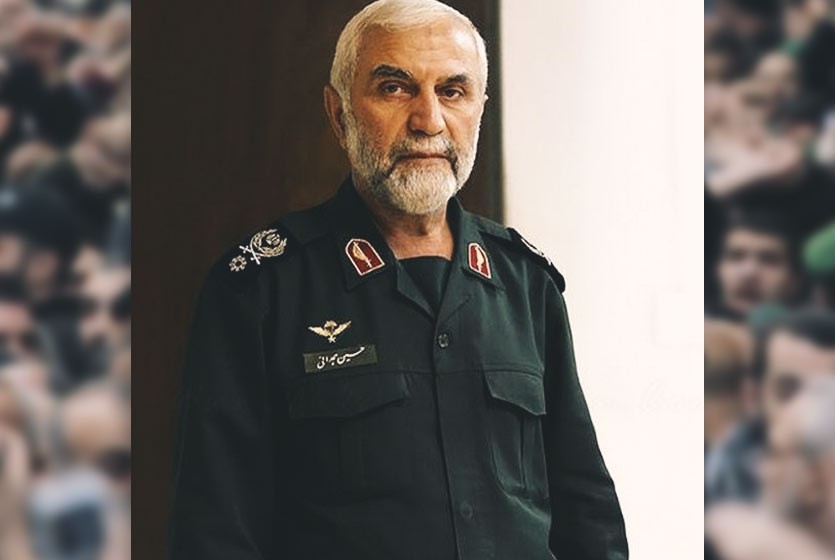 Huseyin Hamedani was born in Huzistan’s Abadan (Iran) in 1960. His father worked as a laborer in an oil refinery. Hamedani lost his father at a young age and started to work at a medicine factory in Tahran after dropping out of school. He was imprisoned after joining the protests against the Iranian Shah.

Hamedani was responsible for organizing the Republican Guard in Iran’s western provinces of Kurdistan and Hamedan. He played a pivotal role in suppressing the uprisings in the cities of Merivan and Pave that started after the Revolution of 1979.

Hamedani attained important posts during the Iran-Iraq war of 1980-1988 for his loyalty to the guide of the Revolution the late Ali Khamenei. In 1995 he went to the Democratic Republic of the Congo to aid in suppressing the uprisings for the central government during the civil war.

When the protests started in Syria in 2011 Hamedani left for Damascus. Hamedani claimed to be there as a “military advisor” and attached great importance to cultural activities as well.

To raise the Syrian youth along his preferred ideological lines he started educational groups known as “Kesab”. Hamedani claimed that the aim of these groups was to “raise the spirituality, unity and cooperation of Syrian Sunni, Shia and Alevite youth to attain our objectives more easily”. Iran’s former head of the Arts and Literature Organization Güjali Babavi claimed in an interview that Hamedani employed Egyptian translators for translating political and religious books from Persian to Arabic.  Hamedani played an important part in transforming the Syrian Arab Army’s secular identity to one that resembles the Iranian army’s.

Hamedani started aid organizations for the reconstruction of Syria in all of the Iranian cities. To educate Syrians on matters of constructions he founded the “Cihad el-Bena” organization.

Hüseyin Hamedani argued at a conference in Iran that “Qasim Suleimani wanted to bring an army from Iran to Syria to finish the war definitely, however, the Guide Ali Khamenei advised us to found a second Hezbollah in all 14 provinces of Syria, made up of both Sunnis and Shias, and we founded 42 brigades and 138 battallions. We founded the People’s Power that is made up of 70 thousand fighters of which 30 thousand were trained in Iran. These newly formed forces took over 130 villages, we should be proud of this.” Hamedani also founded the “Kuvvet el-Riza” military unit that is made up of solely Syrian Shias.

Hamedani aided Qasem Suleimani, the Quds Force Commander of the Iranian Republican Guard that oversees special operations on foreign soil, in Syria. Hamedani survived an assassination attempt near his home in Damascus in 2013.

Huseyin Hamedani was killed on the 9th of October 2015 while moving to the North of Hama on the Hanasir-Esirya road that lies to the southeast of Aleppo.

Republican Guard General Commander Major General Ali Cafer argued that: “The Syrian people owe a lot to Hamedani, for if he wasn’t there, Damascus would have fallen for sure”. Huseyin Hamedani is the highest ranking member of Iran’s Republican Guard to have been killed in Syria. After his death he was promoted to the rank of Brigadier General.