Analysis
Israel in Syria and the Iranian Response

Israel in Syria and the Iranian Response

The Syrian Civil War has forced regional actors to reformulate their strategies, utilizing different local groups, and prioritizing such issues as migration, border security, and combat against radical groups and their appendages. In this context, Israel’s strategy has without a doubt been among the most controversial and discussed in the region.

Syrian-Israeli relations have been fraught since the annexation of the Golan Heights by Israel in the aftermath of the Six-Day War of June 1967. In the coming years, peace efforts would come to no avail, and the Syrian regime’s ties with Hezbollah would continue to strain relations between the two countries. In August 2003 and June 2006, Israeli warplanes flew past Bashar El Assad’s personal summer home and the Presidential Palace, respectively[1], and bombed a military command center in Deir ezZor that was alleged to be a facility for chemical weapons in 2008. Again in 2008, Syrian General Muhammad Suleyman was shot in his home in Tartus by what were thought to be Israeli commandos. In the face of these aggressions, the Syrian regime has taken a passive stance in an effort to reduce tensions, asserting that it will respond in the appropriate time and place[2].

Israel has thus far pursued its interests in Syria by way of aerial strikes against targets comprising mostly of high-ranking commanders of Hezbollah and the IRGC. The first of these strikes came in January 2013, when Israel attacked several military positions in the Jamraya region northwest of the capital, which isalleged to contain chemical weapons. Between May 3rd and 5th, Israeli planes bombed a Military Scientific Studies and Research Center along with an ammunition depot and a number of air defense batteries.[3]

In January 2015, Jihad Mughniyeh, son of former Hezbollah commander Imad Mughniyeh, was killed along with five other Hezbollahmembersin an Israeli airstrike against a convoy affiliated with the group. Likewise inDecember 2015, Samir Kuntar, another high-ranking Hezbollah member, was killed in a strike near Damascus. Israel has since maintained its air campaign against Hezbollah targets, bombing the regions of Quneitra and Golan, as well as the Mezza military airbase to the west of Damascus.[4]

In January 2018, Israel targeted Hezbollah weapons depots in the vicinity of Damascus, and shot down a Syrian drone in the next month of the same year. In response, an Israeli F-16 fighter was downed by Syrian anti-aircraft missiles,[5] while seven IRGC members were killed in an Israeli strike against the T-4 airbase last April.[6]

During a visit to the Syrian capital, Iranian Supreme Leader Ali Khamenei’s chief advisor Ali Akbar Velayeti declared that the response to this latest Israeli attack would be forthcoming, while Iranian Spokesperson for the Foreign Ministry Bahram Qassemi, when questioned on the absence of Tehran’s reaction to the attack, replied that the necessary answer would be given by the Syrian people and government.[7]During an interview broadcast BBC News, Iranian Deputy Foreign Minister Abbas Araqchi said that the objective of the Iranian presence in Syria was not to obtain a new front in the conflict with Israel, but rather was focused on fighting terrorist organizations.[8]On the same note, Ali Akbar Velayeti said during his April 11th visit to Damascus that the priority of the coming days was to be Idlib.[9]

Reporter Thomas Friedman, on the other hand, argues that the Israeli strike on the T-4 base initiated direct confrontation between Israel and Iran. Friedman, who asserts that Qassem Soleimani has been forced to consider this probability for the first time, has attributed Iran’s inability to respond to the Israeli attack in kind to Iran’s current economic destitution, with the Iranian Riyal slumping to record lows. This debility has been aggravated by economic and political uncertainty as well as the weight of Iran’s foreign operations. Friedman has also linked the inability of the Quds Force, the IRGC’s external operations division, to Russian defense officials’ and President Putin’s no longer viewing Iran-backed militias as given allies, and their disapproval of unnecessary adventurism that may jeopardize prior gains on the Syrian stage.[10]

Researcher Enes Ayaşlı holds that Israel’s main precedent in its policy-making concerning the Syrian War is the necessity of a limited interventionist approach stemming from the intractability of the conflict. Ayaşlı, recognizing Iranian expansionism as the chief threat against Israel, describes Israel’s Syria policy as focused on preventing arms transfers from Iran to Hezbollah, creating a partial security zone around the Golan, and minimizing Russian political and military influence in the country.[11]

One factor playing into Israel’s Syria policy is the possibility that “the devil we know”, meaning the Assad Regime, would be less of a threat than “the devil we do not know” referring to a potentially Islamist government that may come to power in the aftermath of the fall of Assad. This approach rests on the assumption that however much the Nusayri Assad regime may be allied to Iran, the  secular Arab nationalist tendencies of the former would constitute less of a danger than a post-Assad Jihadist or else Sunni Islamist alternative, due to the ambiguity regarding what kind of a threat this may represent.[12]Regardless of who emerges victorious from the civil conflict in Syria, it is clear that a stable peace will be difficult to achieve, and that the recovery and healing process after the war would take a number of decades. It is this instability on its northern borders that has pushed Israel to adopt such a reactionary stance

As can be seen, while Tehran uses Israel as a pretext for its military presence in Syria, Israel has continued to allude to Iranian activity within the country regarding its ongoing interventions, providing both with an acceptable domestic case for their operation inside Syria. In Iran’s case, anti-Israeli rhetoric has at times been necessary in order to rehabilitate its regional image, which has suffered due to its role in the Syrian conflict. It is conceivable that Israel will maintain its airstrikes within Syria without aiming to instigate regime change in order to deter its regional rivals. For Iran, a direct conflict with Israel would greatly complicate the already multifaceted Syrian War and would deepenitsdeclining economic outlook. However, the risk of losing the area control that it has achieved within Syria is also a factor that Iran must take into consideration. Statements made by Iranian officials also show that the main target of the Iranian military in Syria remain the reclamation opposition-held regions such as Idlib and Deraa. For its part, Moscow, which enjoys amicable relations with both Tehran and Tel Aviv, would also not desire a shift in the current balance of power between the two powers within Syria. 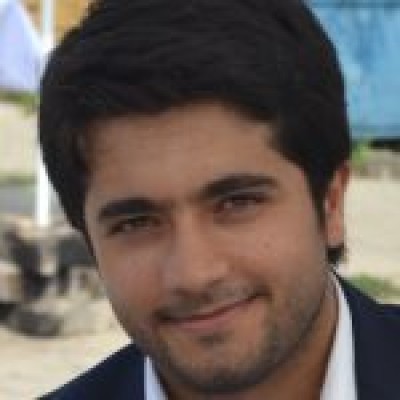