Who is Who?
Known For Their Assassination against YPG / SDG: Qiyam Movement 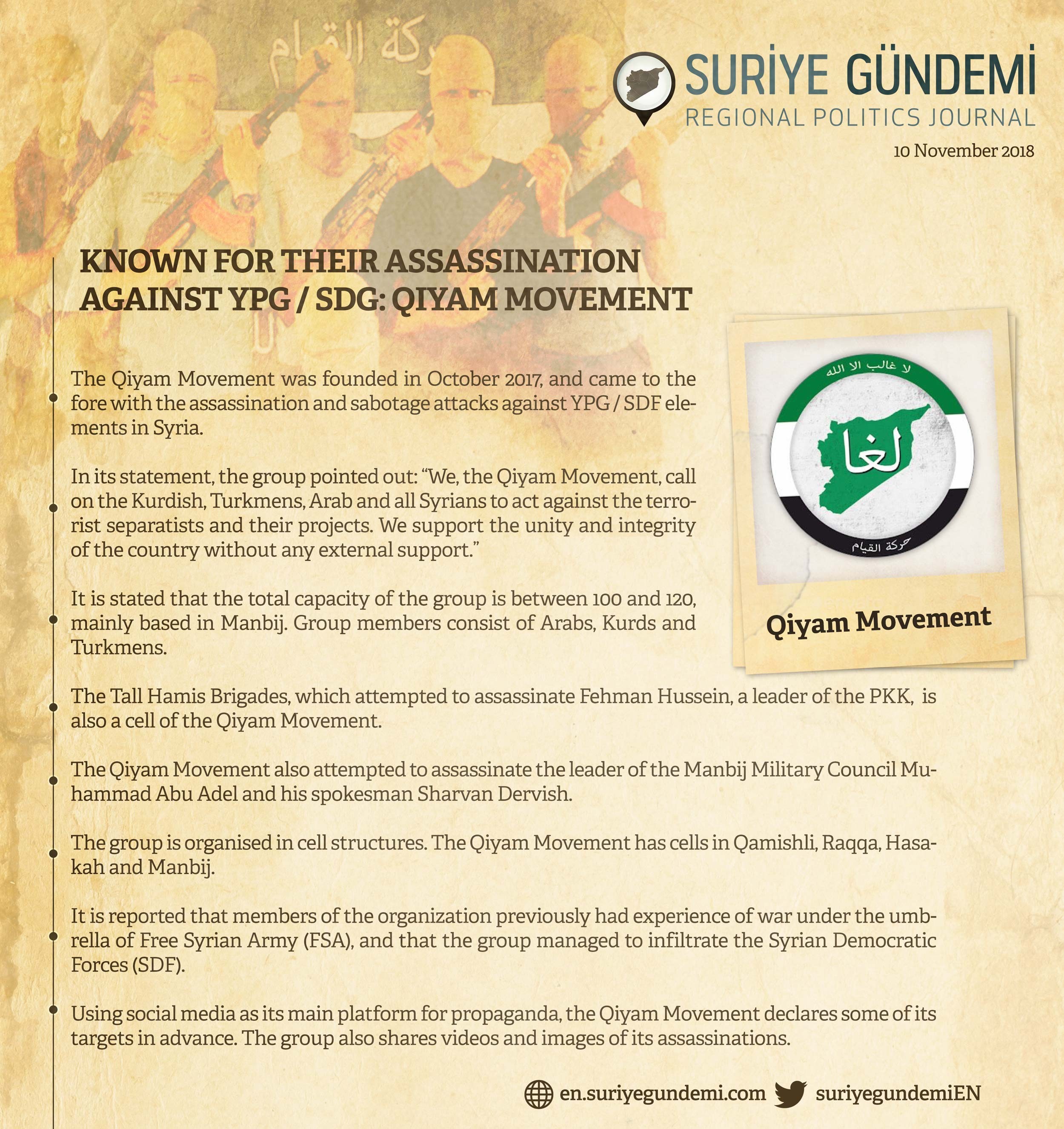 The Qiyam Movement was founded in October 2017, and came to the fore with the assassination and sabotage attacks against YPG / SDF elements in Syria.

In its statement, the group pointed out: “We, the Qiyam Movement, call on the Kurdish, Turkmens, Arab and all Syrians to act against the terrorist separatists and their projects. We support the unity and integrity of the country without any external support.”

It is stated that the total capacity of the group is between 100 and 120, mainly based in Manbij. Group members consist of Arabs, Kurds and Turkmens.

The Tall Hamis Brigades, which attempted to assassinate Fehman Hussein, a leader of the PKK,  is also a cell of the Qiyam Movement.

The Qiyam Movement also attempted to assassinate the leader of the Manbij Military Council Muhammad Abu Adel and his spokesman Sharvan Dervish.

The group is organised in cell structures. The Qiyam Movement has cells in Qamishli, Raqqa, Hasakah and Manbij.

It is reported that members of the organization previously had experience of war under the umbrella of Free Syrian Army (FSA), and that the group managed to infiltrate the Syrian Democratic Forces (SDF).

Using social media as its main platform for propaganda, the Qiyam Movement declares some of its targets in advance. The group also shares videos and images of its assassinations.