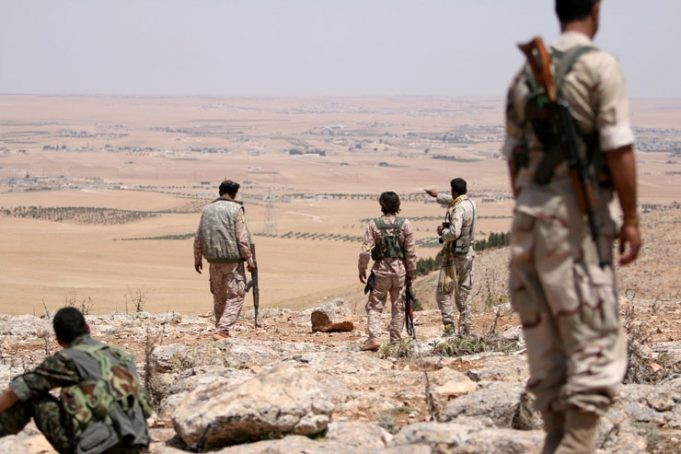 The US-backed YPG/SDF forces which have been in control of the city of Manbij since August 2016 are present in the city under the Manbij Military Council. The Manbij Military Council was founded near the Tishreen Dam on the 2th of April 2016 and includes Arab elements. In the past the founding of the Manbij Military Council was showed as being one of inclusion and consensus. An example of this is that those who fought for the FSA were appointed to top positions like Abu Leyla who was appointed as the head of the council. After Abu Leyla was killed by a mortar strike during the offensive on Manbij, Adnan Abu Amjad was appointed as his replacement. After Abu Amjad was killed in the YPG/SDF offensive on Raqqa, Muhammed Abu Adil was his replacement in turn. These names were from former FSA ranks. Besides these names, Talal Silo who was the former SDF spokesman, claimed that the real administrator was the PKK. Talal Silo stated to Turkish media that the Arab elements in the SDF joined to show the image of a coalition, while the real decision maker is Qandil. Talal Silo shared information about the administration of YPG/SDF territories as he was a part of the SDF before. He has given precise examples showing the accuracy of the information he has provided. Silo has provided the names of the PKK members responsible for Manbij, claiming that military responsibility lies with Cemil Mazlum while the administrative responsibility for Manbij lies with Ismail Derik. The spokesman of the Council Shervan Dervish had a poster of PKK’s founding leader Abdullah Öcalan in his office, confirming Talal Silo’s statements.