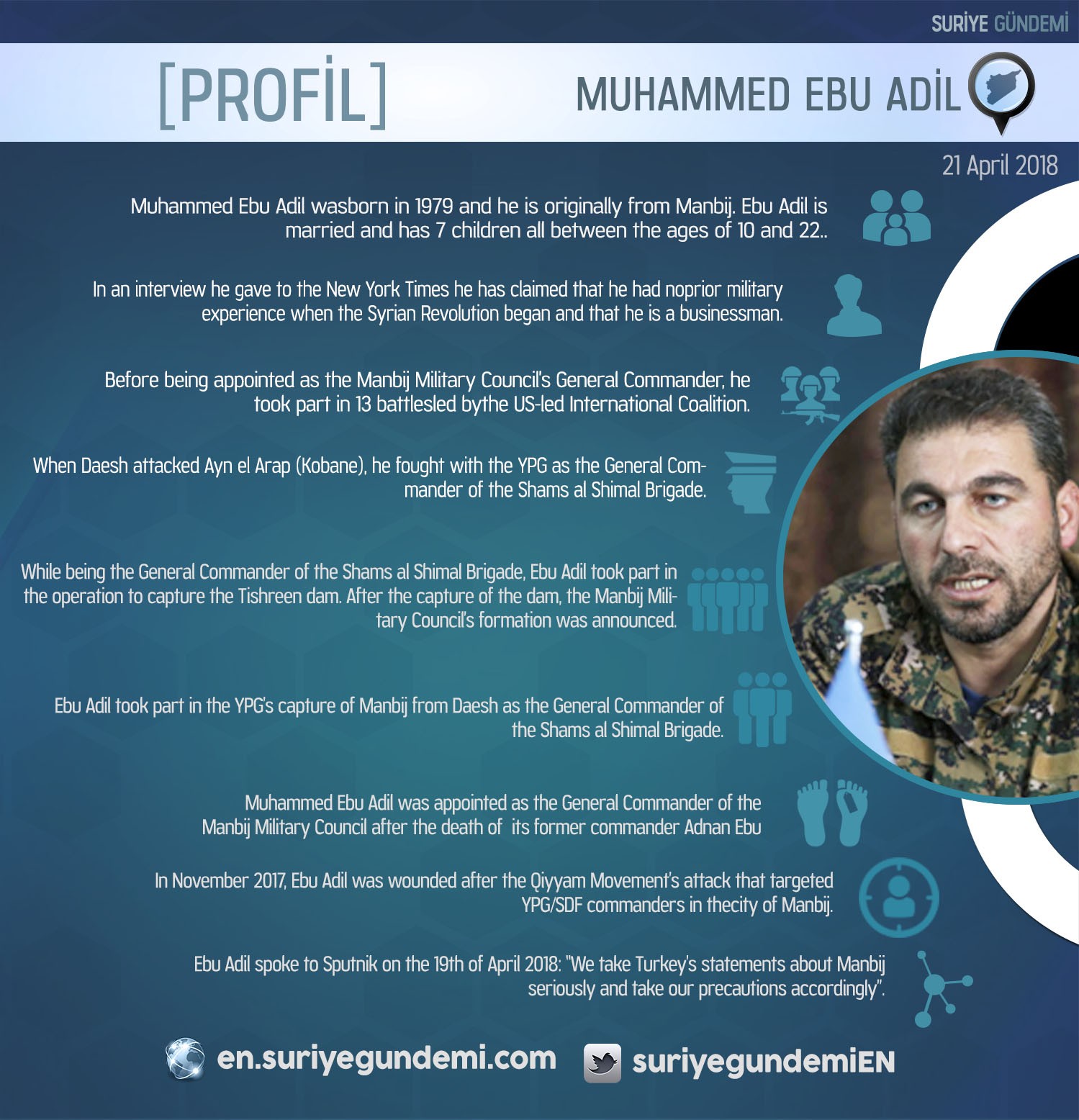 Muhammed Ebu Adil was born in 1979 and he is originally from Manbij. Ebu Adil is married and has 7 children all between the ages of 10 and 22.

In an interview he gave to the New York Times he has claimed that he had no prior military experience when the Syrian Revolution began and that he is a businessman.

Before being appointed as the Manbij Military Council’s General Commander, he took part in 13 battles led by the US-led International Coalition.

When Daesh attacked Ayn el Arap (Kobane), he fought with the YPG as the General Commander of the Shams al Shimal Brigade.

While being  the General Commander of the Shams al Shimal Brigade, Ebu Adil took part in the operation to capture the Tishreen dam. After the capture of the dam, the Manbij Military Council’s formation was announced.

Ebu Adil took part in the YPG’s capture of Manbij from Daesh as the General Commander of the Shams al Shimal Brigade.

Muhammed Ebu Adil was appointed as the General Commander of the Manbij Military Council after the death of its former commander Adnan Ebu Emjed in Raqqa in August 2017.

In November 2017, Ebu Adil was wounded after the Qiyyam Movement’s attack that targeted YPG/SDF commanders in the city of Manbij.

Ebu Adil spoke to Sputnik on the 19th of April 2018: “We take Turkey’s statements about Manbij seriously and take our precautions accordingly.”