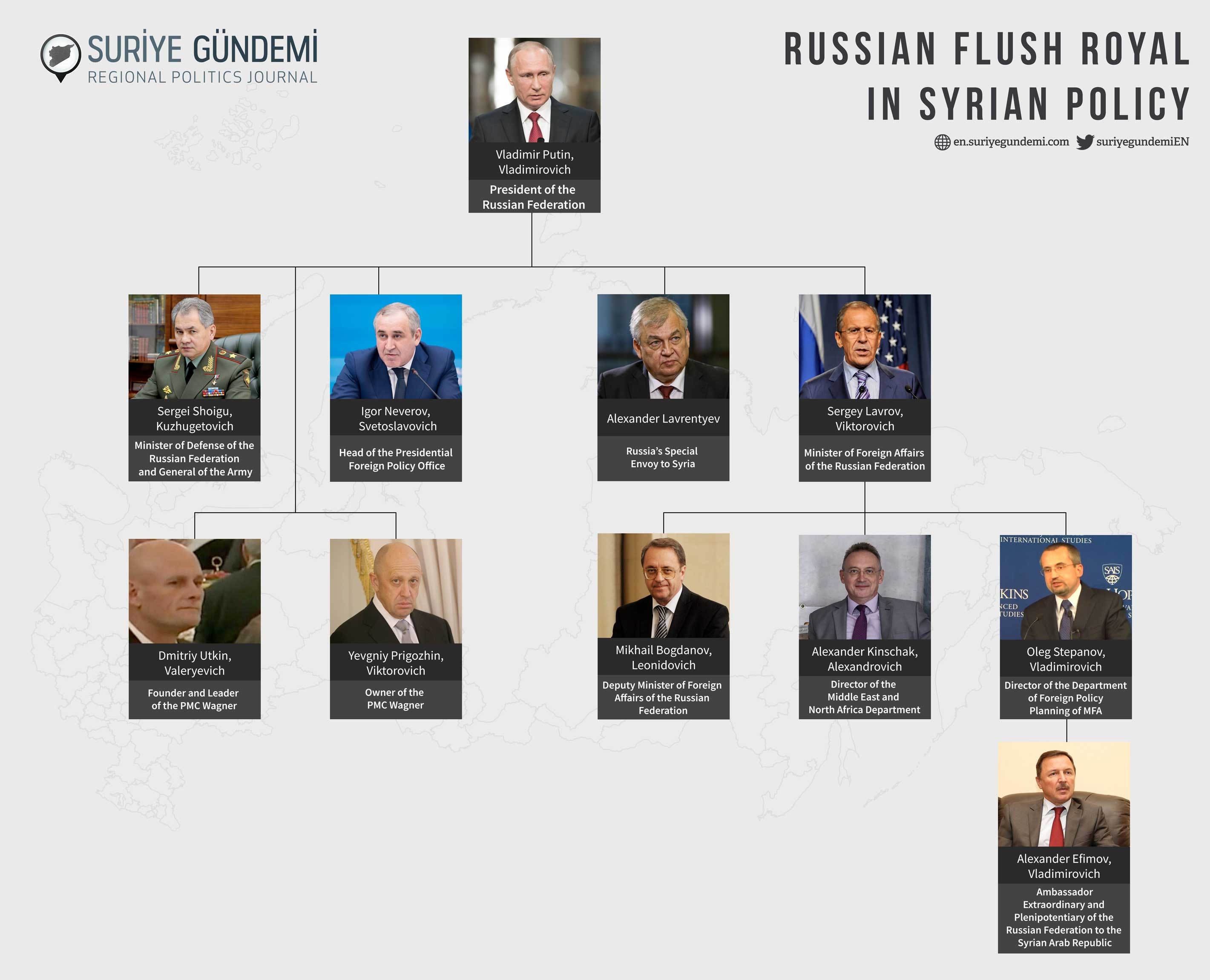 Vladimir Putin was born on October 7, 1952 in Leningrad. In 1970, Vladimir Putin became a student of law department at Leningrad State University and earned his degree in 1975. In the late 1970s and early 1980s, Putin studied at KGB School No. 1 in Moscow. Between 1985-1990, he served in different positions and several countries including East Germany. After 1990, he returned to Leningrad and became assistant to the rector of Leningrad State University. In 1996, he moved to Moscow and he got the post of Deputy Chief of the Presidential Property Management Directorate. In May 1998, Putin was made First Deputy Chief of Staff of the Presidential Executive Office and two months later he was appointed Director of the Federal Security Service. From March 1999, he held the position of Secretary of the Security Council of the Russian Federation. Five months later, Putin was appointed to post of Prime Minister of the Russian Government. Vladimir Putin was elected as the President of Russia on March 26, 2000, and was re-elected to a second term on March 14, 2004. On May 8, 2008, he was appointed Prime Minister by presidential executive order. In 2012, he was elected against as the President of the Russian Federation. Following the election held on March 18, 2018, Vladimir Putin was re-elected as the President of the Russian Federation

Neverov was born in 1956. He graduated from the Moscow State Institute of International Relations (MGIMO) in 1978. Since then, Igor Neverov has worked in various diplomatic posts in the Foreign Minstry and abroad. In 1994-1998 he was Deputy Director of the Department of North America in the MFA. Afterwards in 1998-2002 he served as a Minister Counselor at the Russian Embassy in the United States. Since 2002 to 2009 he held a position of a Director of the North American Department of the Russian Foreign Ministry. Igor Neverov also served as an Ambassador to the Kingdom of Sweden from 2009 to 2014. Thereafter in 2014-2018 he worked as a Director of the Second European Department of the MFA of Russia.[2] Finally, on September 2018 Russian President Vladimir Putin appointed Igor Neverov as head of the presidential administration’s foreign policy department. [3]Neverov has a command of English, Spanish and French.

Lavrov was born in 1950. He graduated from the Moscow State Institute of International Relations (MGIMO) in 1972. He is fluent in English, French and Sinhalese. After his graduation in 1972 he started his career at the USSR Embassy in Sri Lanka. In 1976-1981 Lavrov worked in the Department of International Organizations of the USSR Ministry of Foreign Affairs. Between 1992-1994 he served as a Deputy Minister of Foreign Affairs of Russia. Afterwards, Lavrov was a Permanent Representative of the Russian Federation at the United Nations for ten years up until 2004. Finally, since 2004 he is a Minister of Foreign Affairs of the Russian Federation.[4]

Bogadanov was born in 1952. In 1974 he graduated from the Moscow State Institute of International Relations (MGIMO). Since his graduation he held various diplomatic posts in the central office of the Foreign Ministry and embassies abroad, including: 1974-1977 the People’s Democratic Republic of Yemen; 1977-1980 the Lebanese Republic; 1983-1989, 1991-1994: the Syrian Arab Republic. In years of 1997-2002 he seved as an Ambassador to the State of Israel.In 2002-2005 he was a Director of the Middle East and North Africa Department at teh Russian MFA. In 2005-2011he served as an Ambassador to the Arab Republic of Egypt. Since June 2011he is a Deputy Minister of Foreign Affairs who is responsible for relations with the Middle Eastern and African states, the Organisation of Islamic Cooperation, as well as issues related to the Middle East peace process. [5] He is fluent in Arabic and English.

Oleg Stepanov, Vladimirovich (Director of the Department of Foreign Policy Planning of MFA)

Efimov was born in 1958. He is a graduate of the Moscow State Institute of International Relations. He joined the Russian Ministry of Foreign Affairs in 1980. In 2004-2008 he served as a Minister Plenipotentiary, Deputy Head of Mission, Russian Embassy in Jordan. In years between 2008-2010 he worked as a Chief of desk at the Middle East and North Africa Department of MFA. In 2010-2013 Efimov served as a Deputy Director at the same department. In 2013-2018 he was an Ambassador of the Russian Federation to the United Arab Emirates. Finally, in October 2018 he was appointed as the Ambassador of the Russian Federation to the Syrian Arab Republic.  Efimov is fluent in Arabic and English.[8]

Sergei Shoigu, Kuzhugetovich (Minister of Defense of the Russian Federation and General of the Army)

Shoigu was born in Tuva in 1955. He graduated from the Krasnoyarsk Polytechnic Institute as a Constructing Engineer in 1977. Since his graduation in 1977 to 1991, he held different positions related to his area of specialization. In 1991, he became a Chairman of the Russian Corps of Rescuers. From 1991 to 1994, Shoigu held a position of the Chairman of the RF State Committee for Civil Defence, Emergencies and Elimination of Consequences of Natural Disasters. Thereafter he became a Minister of the same Committe, where he served up until 2012 when he became The Chairman of the Council of Ministers of Defense of the CIS( Commonwealth of Independent States). Finally, in November of the same year by the Presidential decree he was appointed the Minister of Defence of the Russian Federation. [9]

Dmitriy Utkin, Valeryevich (Founder and Leader of the PMC Wagner)

Utkin was born in 1970 in Kirovohrad Oblast (Ukraine). Media calls him the founder of PMC Wagner. Known for his interest in the history of the Third Reich, his callsign resembles the name of one of the Hitler’s favorite composers Richard Wagner. Up until 2013, he was a lieutenant colonel and brigade commander of a special forces unit of Russia’s Main Intelligence Directorate (GRU). In 2013, upon his retirement from GRU he started working for the Morgan Security Group.  The company specialized in security against piracy and peformed missons around the world. In November 2017, RBC announced the appointment of Utkin as a CEO of Concord Management, the company of Evgeny Prigozhin.[10] In 2016, Dmitry Utkin attended the celebration of Heroes of the Fatherland Day in the Kremlin and was awarded with the Order of Courage. [11]

Prigozhin was born in Leningrad (Saint Petersburg) in 1961. He studied at the Leningrad Chemical-Pharmaceutical Institute, majoring in pharmacy. In 1979 Prigozhin was given a suspended sentence for stealing In 1981 he was accused of robbery and fraud and sentenced to imprisonment for 12 years. Prigozhin spent nine years in prison before he was released.[12] He started his business with the sale of hot dogs in 1990. From 1991 to 1997, a network of grocery stores was created; in 1995, the Wine Club bar-store on Vasilievsky Island was opened. In 2009 he opened a restaurant in the Government House of the Russian Federation. He is often referred to as “Putin’s chef”. It is believed that he is the owner of the Putin’s private army of PMC Wagner

[4] The Ministry of the Foreign Affairs of the Russian Federation, “Lavrov Sergei Viktorovich”, retrieved on December 3, 2019, from  https://www.mid.ru/en/about/structure/minister

[5] The Ministry of the Foreign Affairs of the Russian Federation, “Bogdanov Mikhail Leonidovich”, retrieved on December 3, 2019, from  http://www.mid.ru/en/about/structure/deputy_ministers/-/asset_publisher/7AT17IymWZWQ/content/id/647875

[8]Embassy of the Russian Federation to the Syrian Arab Republic, “Ambassador H.E. MR. Alexander Efimov”, retrieved on December 3, 2019, from  https://syria.mid.ru/en_GB/ambassador

[9] Ministry of Defence of the Russian Federation, “Sergei Shoigu”, retrieved on December 3, 2019, from https://structure.mil.ru/management/minister.htm

[10] Adam Taylor,(February 23, 2018), “What we know about the shadowy Russian mercenary firm behind an attack on U.S. troops in Syria”, the Washington Post. https://www.washingtonpost.com/news/worldviews/wp/2018/02/23/what-we-know-about-the-shadowy-russian-mercenary-firm-behind-the-attack-on-u-s-troops-in-syria/?noredirect=on