Who is Who?
Shahoz Hasan 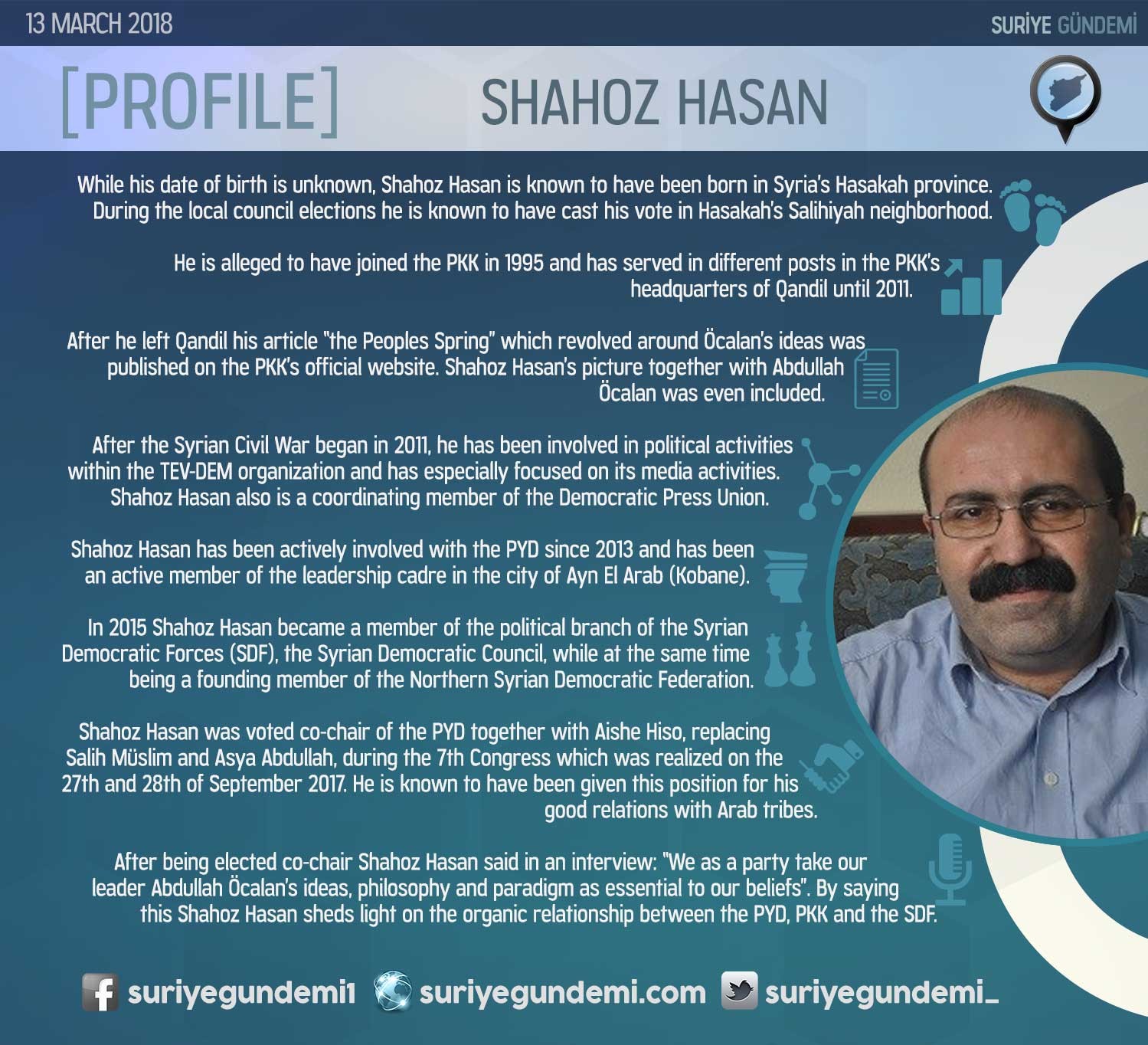 While his date of birth is unknown, Shahoz Hasan is known to have been born in Syria’s Hasakah province. During the local council elections he is known to have cast his vote in Hasakah’s Salihiyah neighborhood.

He is alleged to have joined the PKK in 1995 and has served in different posts in the PKK’s headquarters of Qandil until 2011.

After he left Qandil his article “the Peoples Spring” which revolved around Öcalan’s ideas was published on the PKK’s official website. Shahoz Hasan’s picture together with Abdullah Öcalan was even included.

After the Syrian Civil War began in 2011, he has been involved in political activities within the TEV-DEM organization and has especially focused on its media activities. Shahoz Hasan also is a coordinating member of the Democratic Press Union.

Shahoz Hasan has been actively involved with the PYD since 2013 and has been an active member of the leadership cadre in the city of Ayn El Arab (Kobane).

Shahoz Hasan was voted co-chair of the PYD together with Aishe Hiso, replacing Salih Müslim and Asya Abdullah, during the 7th Congress which was realized on the 27th and 28th of September 2017. He is known to have been given this position for his good relations with Arab tribes.

After being elected co-chair Shahoz Hasan said in an interview: “We as a party take our leader Abdullah Öcalan’s ideas, philosophy and paradigm as essential to our beliefs”. By saying this Shahoz Hasan sheds light on the organic relationship between the PYD, PKK and the SDF.