Who is Who?
Shervan Dervish 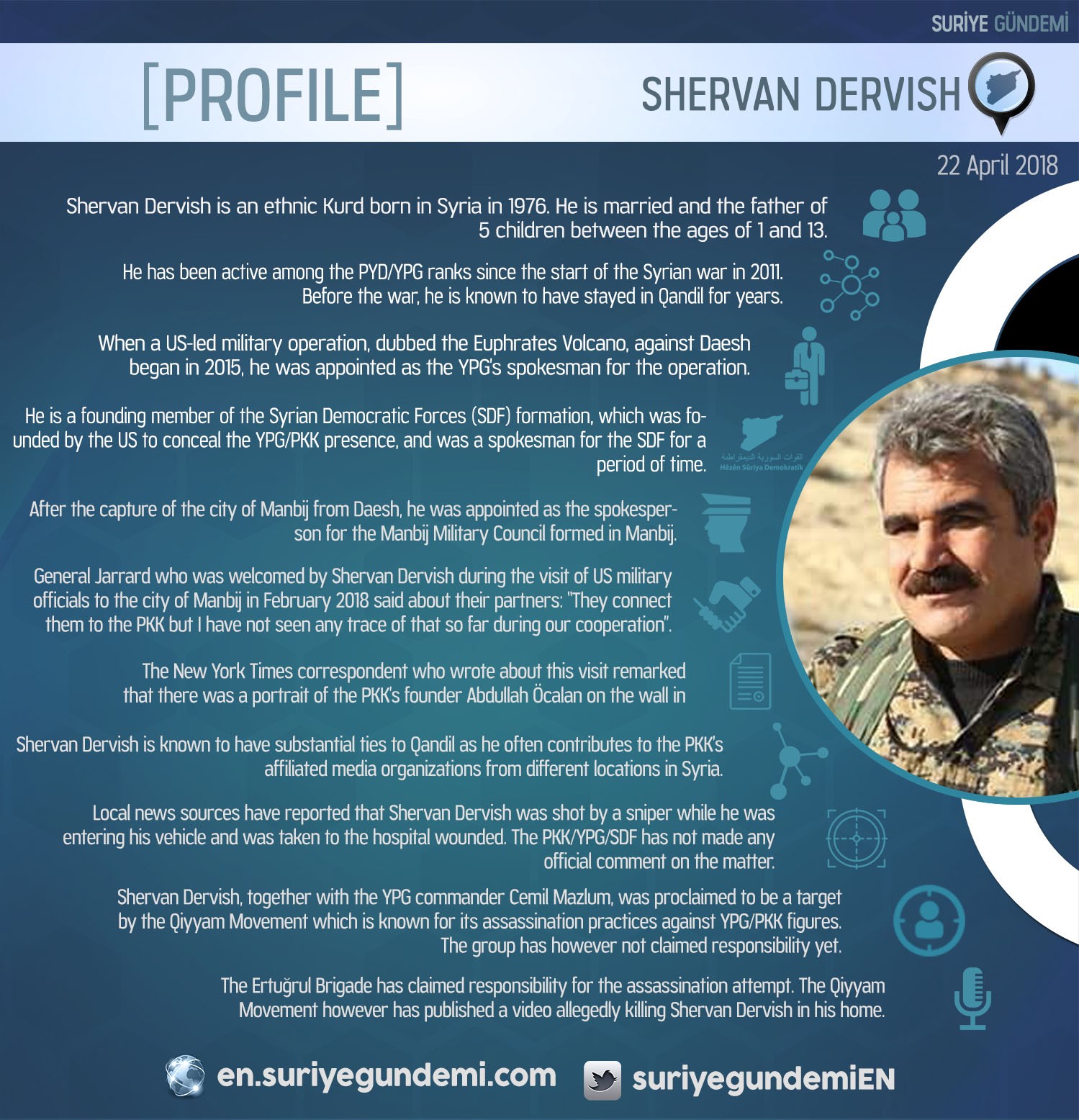 Shervan Dervish is an ethnic Kurd born in Syria in 1976. He is married and the father of 5 children between the ages of 1 and 13.

He has been active among the PYD/YPG ranks since the start of the Syrian war in 2011. Before the war, he is known to have stayed in Qandil for years.

When a US-led military operation, dubbed the Euphrates Volcano, against Daesh began in 2015, he was appointed as the YPG’s spokesman for the operation.

He is a founding member of the Syrian Democratic Forces (SDF) formation, which was founded by the US to conceal the YPG/PKK presence, and was a spokesman for the SDF for a period of time.

After the capture of the city of Manbij from Daesh, he was appointed as the spokesperson for the Manbij Military Council formed in Manbij.

General Jarrard who was welcomed by Shervan Dervish during the visit of US military officials to the city of Manbij in February 2018 said about their partners: “They connect them to the PKK but I have not seen any trace of that so far during our cooperation”.

The New York Times correspondent who wrote about this visit remarked that there was a portrait of the PKK’s founder Abdullah Öcalan on the wall in Shervan Dervish’s room.

Shervan Dervish is known to have substantial ties to Qandil as he often contributes to the PKK’s affiliated media organizations from different locations in Syria.

Local news sources have reported that Shervan Dervish was shot by a sniper while he was entering his vehicle and was taken to the hospital wounded. The PKK/YPG/SDF has not made any official comment on the matter.

Shervan Dervish, together with the YPG commander Cemil Mazlum, was proclaimed to be a target by the Qiyyam Movement which is known for its assassination practices against YPG/PKK figures. The group has however not claimed responsibility yet.

The Ertuğrul Brigade has claimed responsibility for the assassination attempt. The Qiyyam Movement however has published a video allegedly killing Shervan Dervish in his home.