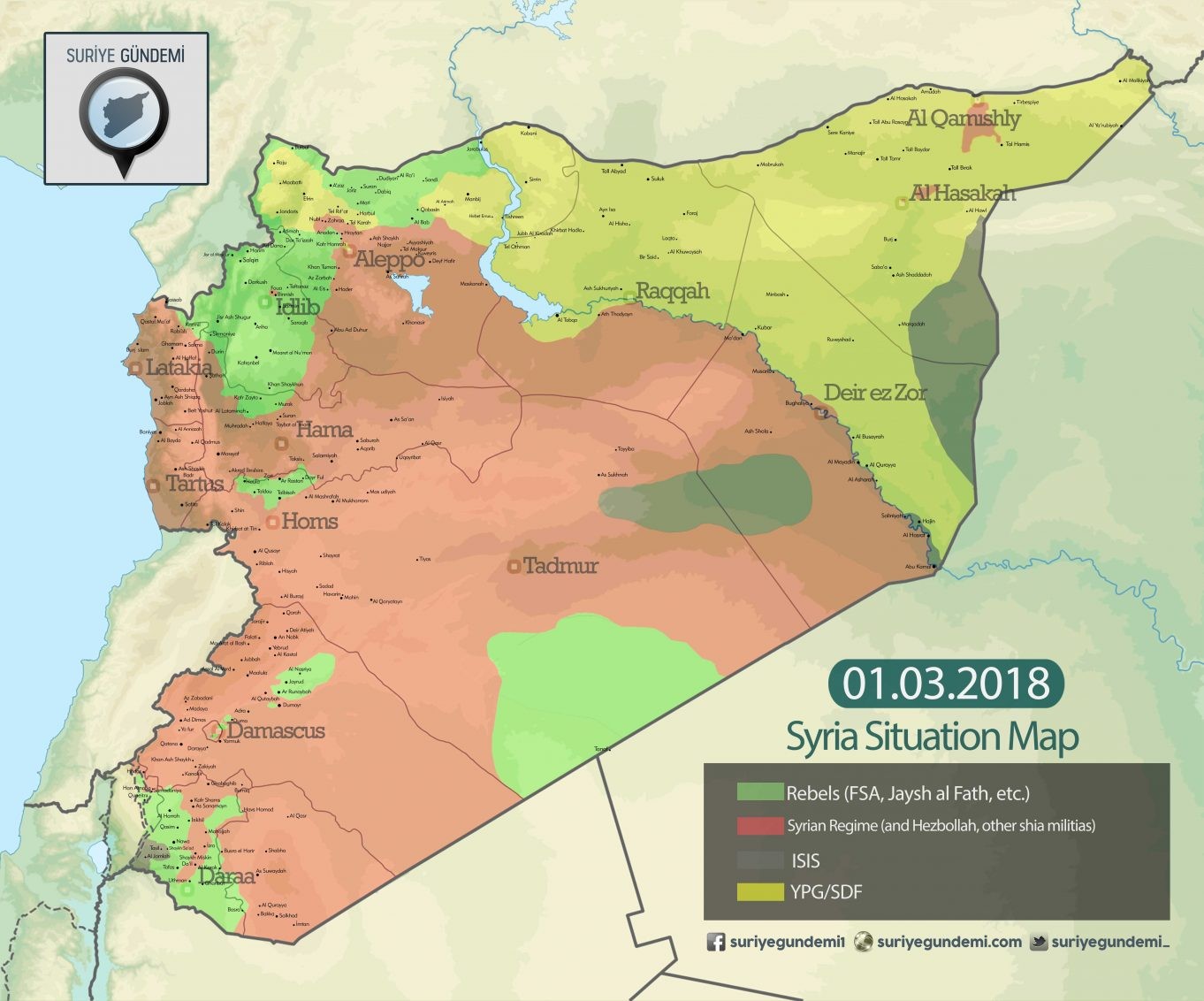 The General Situation Map of Syria, which is updated on the first day of every month, shows the territorial control of Syrian lands by the different actors of the conflict. Click here to see previous months.
The green areas show the areas under control of the Syrian opposition. The Syrian opposition includes the FSA, the Southern Front, Jaish al Islam, Faylaq ar Rahman, HTS, Ahrar al Sham, Faylaq al Sham and others. The red areas show the areas controlled by the Assad regime and its allied militias, which include Hezbollah and other Shia militias. The yellow areas show the areas controlled by the PYD/SDF, among which the SDF includes the YPG, YPJ, Jaish al Suwwar and El Senadid. The area shown in black is controlled by DAESH.