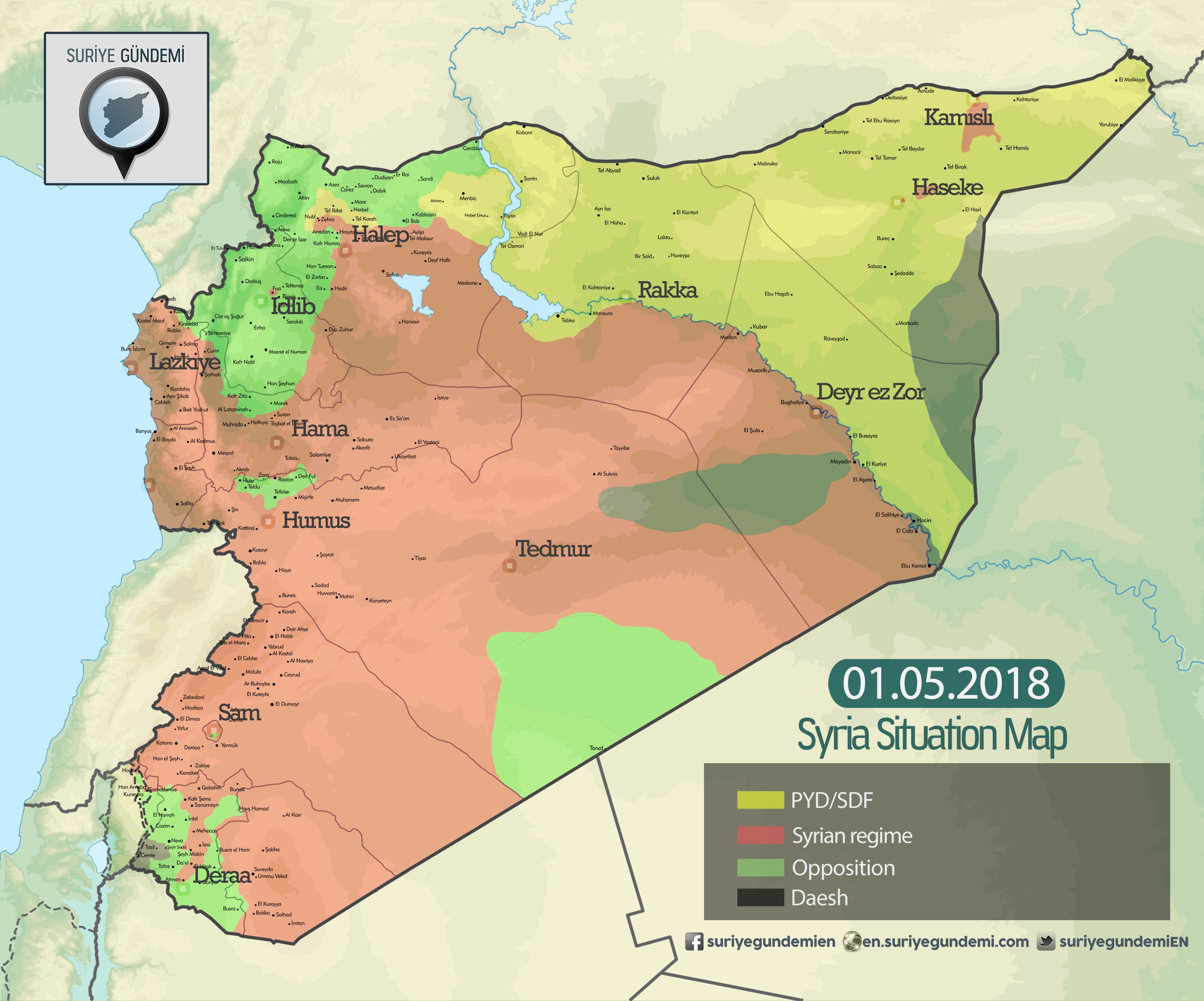 The Syrian conflict, which has passed its 7th year, continues to be an arena for power struggles in terms of military, political, economic, demographic and other dimensions.

In the last month, the regime has managed to consolidate its control over the Damascus area where it has captured control over the former rebel-held territories of Eastern Ghouta and Eastern Qalamoun. Nearby Damascus, the Russians and Iran-backed militias together with the regime continue their offensive to take over control of Yarmouk Camp, which is territorially split between Daesh and the opposition.

Since the 18th of March, the TAF and its FSA allies have consolidated control over Afrin city. The area of Tal Rifaat continues to be under the control of the regime-PYD/YPG alliance, while its status remains unresolved.

Russia and the Iran-backed regime continue their offensives on the opposition-controlled territory in northern Homs and Yarmouk Camp.