Who is Who?
The Imam Buhari Group 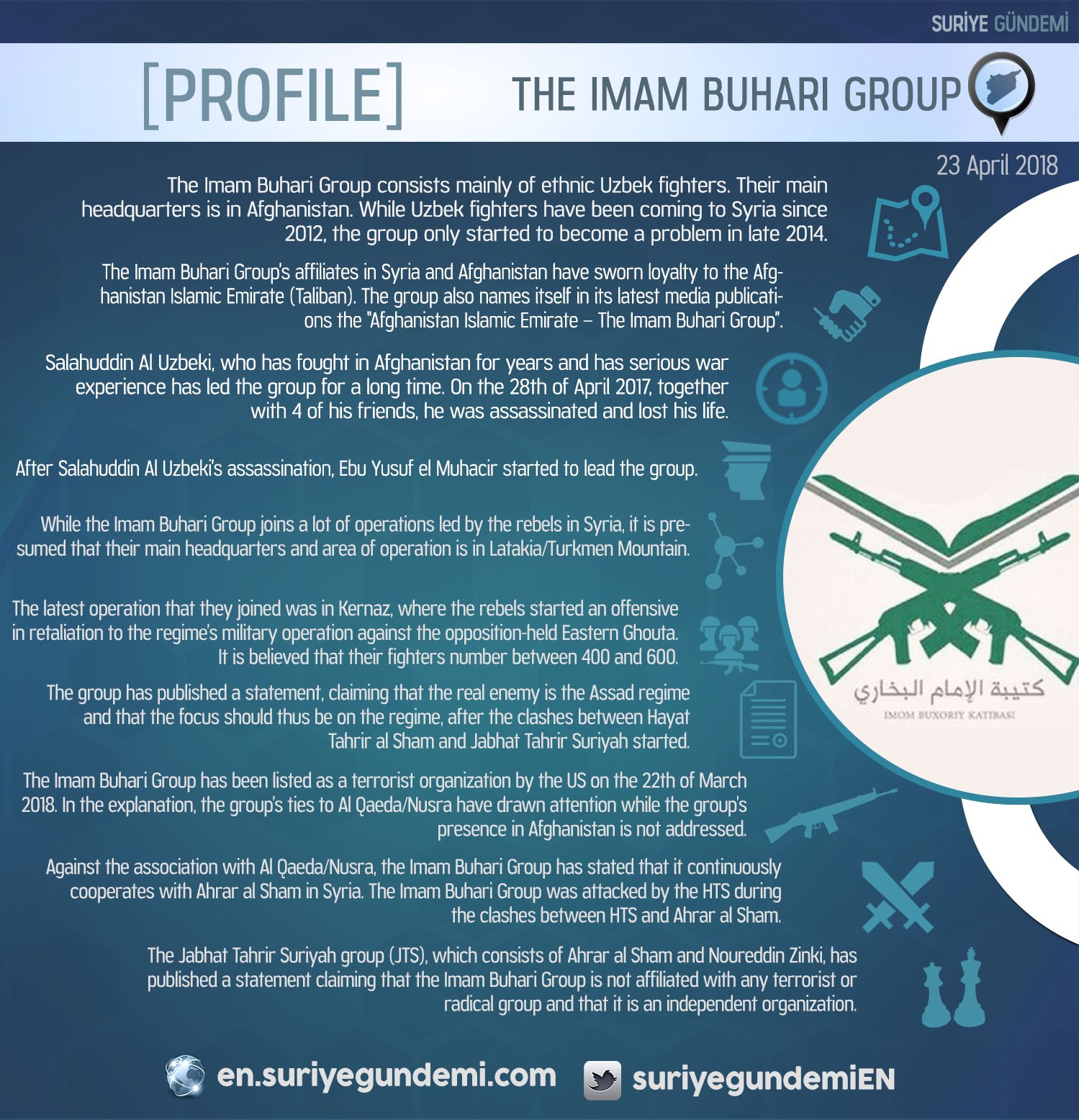 The Imam Buhari Group consists mainly of ethnic Uzbek fighters. Their main headquarters is in Afghanistan. While Uzbek fighters have been coming to Syria since 2012, the group only started to become a problem in late 2014.

Salahuddin Al Uzbeki, who has fought in Afghanistan for years and has serious war experience has led the group for a long time. On the 28th of April 2017, together with 4 of his friends, he was assassinated and lost his life.

While the Imam Buhari Group joins a lot of operations led by the rebels in Syria, it is presumed that their main headquarters and area of operation is in Latakia/Turkmen Mountain.

The latest operation that they joined was in Kernaz, where the rebels started an offensive in retaliation to the regime’s military operation against the opposition-held Eastern Ghouta. It is believed that their fighters number between 400 and 600.

The group has published a statement, claiming that the real enemy is the Assad regime and that the focus should thus be on the regime, after the clashes between Hayat Tahrir al Sham and Jabhat Tahrir Suriyah started.

The Imam Buhari Group has been listed as a terrorist organization by the US on the 22th of March 2018. In the explanation, the group’s ties to Al Qaeda/Nusra have drawn attention while the group’s presence in Afghanistan is not addressed.

The Jabhat Tahrir Suriyah group (JTS), which consists of Ahrar al Sham and Noureddin Zinki, has published a statement claiming that the Imam Buhari Group is not affiliated with any terrorist or radical group and that it is an independent organization.