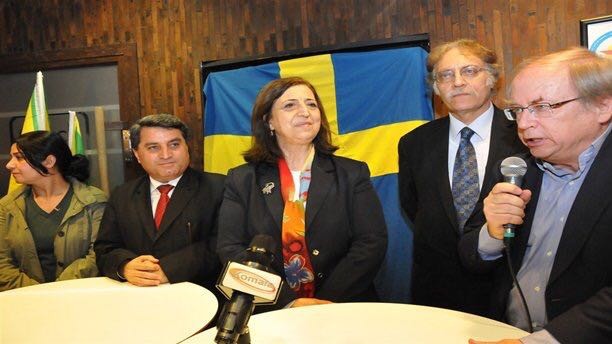 The PYD was founded in 2003, yet its operations are not limited to Syria as they are also active in Europe. European countries, although hesitant towards the PYD, allow for representative offices to be opened. The PYD establishes its organizational foothold not only by using its own organization but instead also establishes a presence through using the YPG/YPJ and the SDF/SDC.

Besides their offices in Europe, their offices in Moscow and the US are undoubtedly the most important ones. However, the office opened in the US has not yet gained full recognition. The office’s presence is derived from statements by PKK/PYD/SDF sources and the US has not made official statements concerning the recognition of the office. The PKK/PYD uses the SDF’s political wing the SDC for its office in the US. This situation seems to be a result of a consideration of US-Turkey ties, however Turkey and the Turkish public does not believe there is a distinction in the SDF/PYD/PKK. The fact that Sinam Mohamed, appointed as the US representative, joined the openings of the PYD’s many representative offices in Europe seems to confirm this.