Who is Who?
Wagner Group 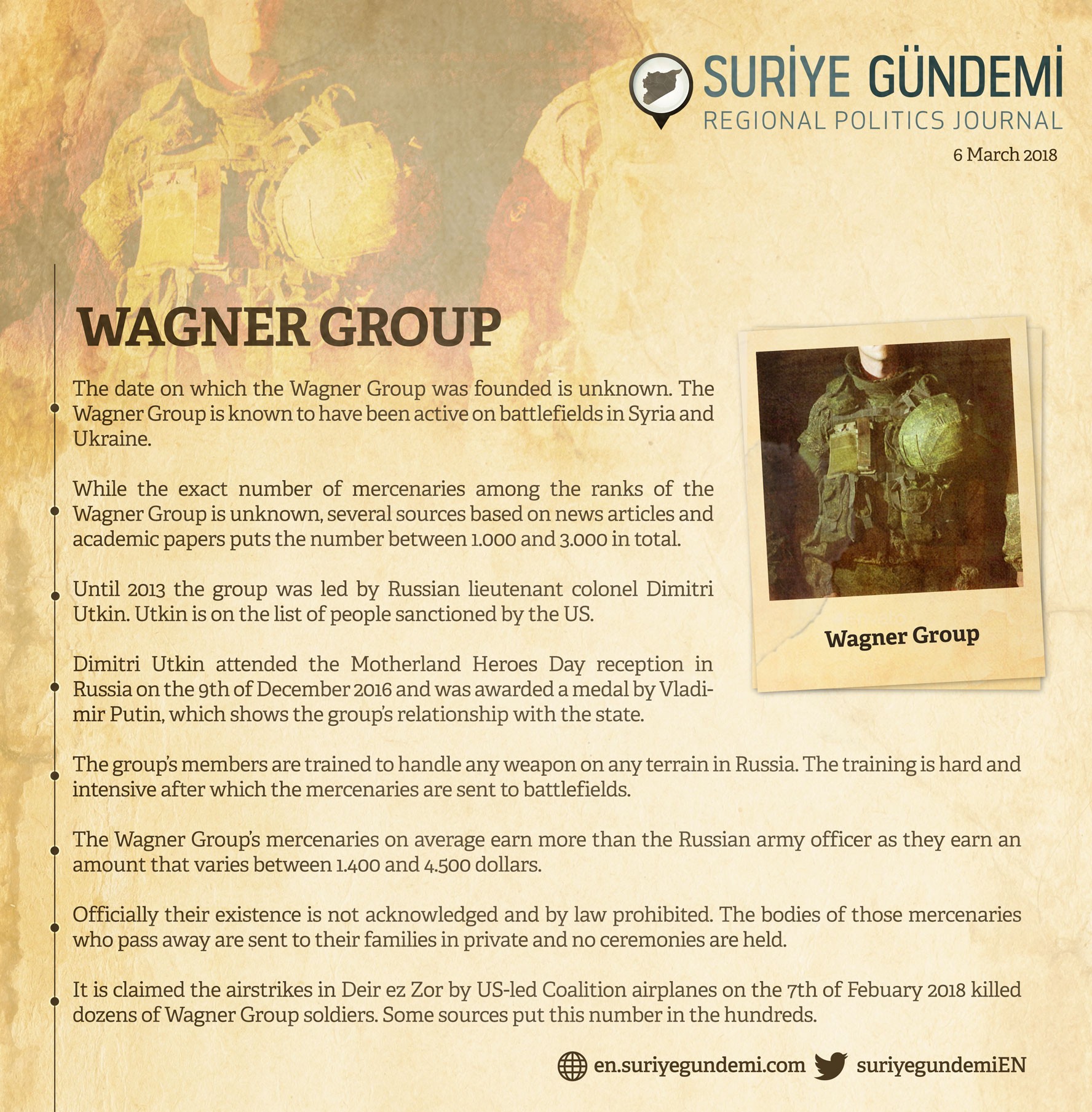 While the exact number of mercenaries among the ranks of the Wagner Group is unknown, several sources based on news articles and academic papers puts the number between 1.000 and 3.000 in total.

Until 2013 the group was led by Russian lieutenant colonel Dimitri Utkin. Utkin is on the list of people sanctioned by the US.

Dimitri Utkin attended the Motherland Heroes Day reception in Russia on the 9th of December 2016 and was awarded a medal by Vladimir Putin, which shows the group’s relationship with the state.

The group’s members are trained to handle any weapon on any terrain in Russia. The training is hard and intensive after which the mercenaries are sent to battlefields.

The Wagner Group’s mercenaries on average earn more than the Russian army officer as they earn an amount that varies between 1.400 and 4.500 dollars.

Officially their existence is not acknowledged and by law prohibited. The bodies of those mercenaries who pass away are sent to their families in private and no ceremonies are held. It is claimed the airstrikes in Deir ez Zor by US-led Coalition airplanes on the 7th of Febuary 2018 killed dozens of Wagner Group soldiers. Some sources put this number in the hundreds.