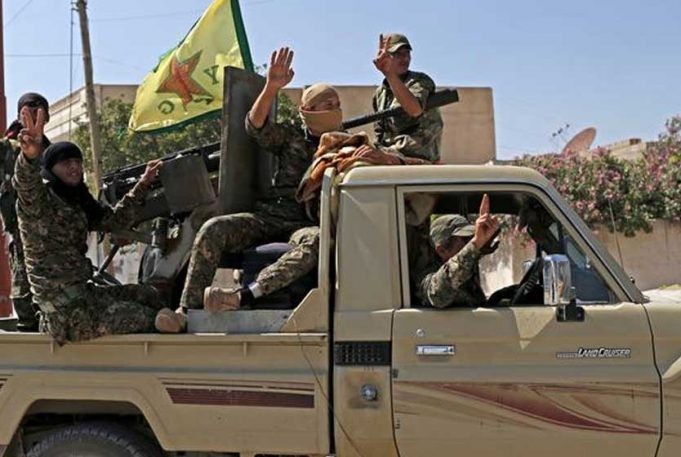 Since the start of the civil war, a huge and steady flow of arms and weapons to Syria from around the world either to the Syrian rebels or directly to the Assad regime can be observed. These weapons can be anti-tank weapons, anti-material or anti-armor, anti-personnel and anti-air or anti-aircraft weapons. As the rebels are fighting against each other or against the regime these weapons change hands between the regime and rebels often. When a rebel group or the regime captures an area, it also often manages to capture weapon stockpiles left behind by its enemy. Hence, some weapons are known to have changed hands several times in the 7-year long conflict. Therefore, nobody is surprised when a weapon given by Russia to the regime to be used against the rebels, can later be seen in the hands of the Syrian rebels instead.
The PKK’s Syrian branch, the YPG, is one of the groups affected by this arms exchange. Yet the YPG is the group that receives the most foreign aid compared to the other Syrian opposition groups. The YPG has improved its inventory enormously with the support from the US and European states. The YPG has various weapon systems in its inventory and as a result of open-source analysis, the weapon systems in the inventory of the YPG have been identified.